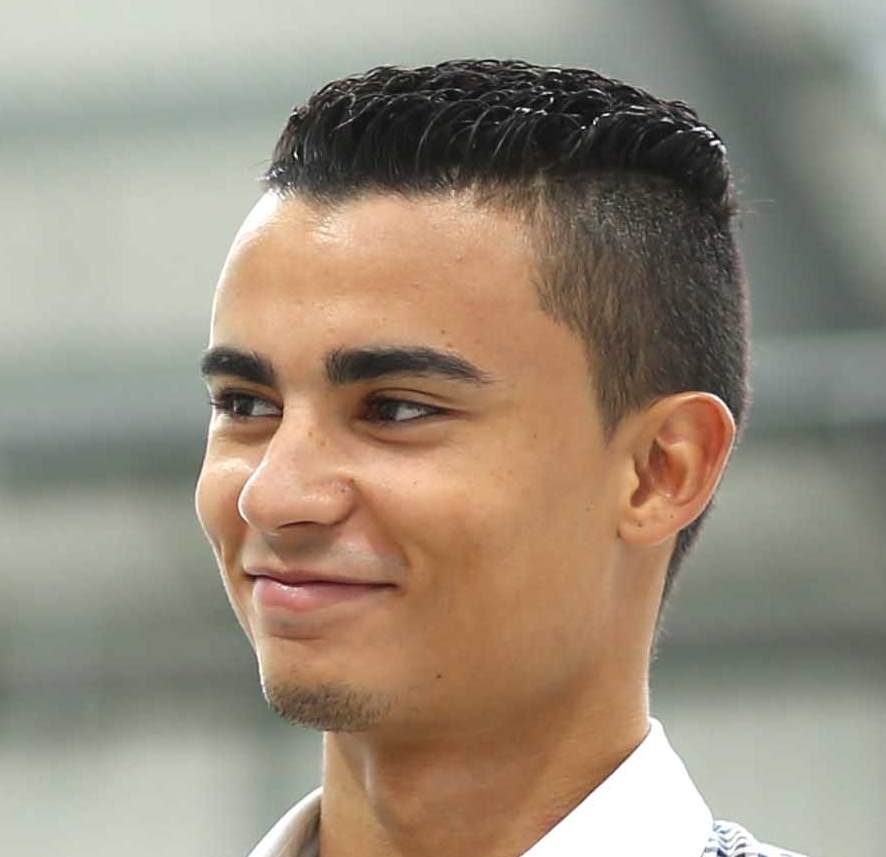 UPDATE This rumor is upgraded to 'fact' today. Pascal Wehrlein has admitted he is heading to Sauber for 2017.

It is yet another strong sign that Valtteri Bottas' move from Williams to Mercedes to replace new world champion Nico Rosberg is complete.

Wehrlein was earlier a strong contender to replace the retiring Rosberg, but recent reports suggested a deal for the Mercedes junior to instead move from embattled Manor to the Ferrari-powered Sauber team has been agreed.

"I'm delighted to be a part of this great team," Wehrlein added, according to the Swiss newspaper Blick. (GMM)

We already had Wehrlein to Sauber as 'fact' on our 2017 F1 Silly Season Page. Whether Gutierrez goes to Manor or not depends on whether Manor folds or not. Tavo Hellmund tried to buy Manor but the offer was rejected. Is he now getting together with Carlos Slim of Mexico (the richest man in the world) to buy the team and make it an American/Mexico team? That would save a seat for Gutierrez.

UPDATE MOTORSPORT's Jonathan Noble reported Sauber reportedly reached an agreement for Pascal Wehrlein to line up alongside Marcus Ericsson this year, "paving the way" for Bottas to take the vacant seat at Mercedes.

After weeks of speculation, it "appears that the final steps are now being made to get everything signed off formally."

Although Wehrlein had been a contender for the Mercedes seat, "it is understood that his lack of experience" meant the team felt he was too much of a risk to be promoted to its works team just yet — "especially going up against a driver" as tough as Hamilton.

According to "sources with good knowledge of the situation," Mercedes has instead now agreed to terms with Sauber for it to take its junior driver Wehrlein for '17. MOTORSPORT

Our 2017 F1 Silly Season page has been updated to 'fact' for all the move even though they have yet to be announced.

Multiple authoritative sources had reported from Abu Dhabi that with Sauber losing the backing of Felipe Nasr's sponsor Banco do Brasil, the Swiss team will definitely replace him with German Wehrlein.

But Wehrlein, who currently drives for Manor with Mercedes backing, insisted that the stories about a done deal were "fictitious".

And Sauber team boss Monisha Kaltenborn said talks with Nasr, who it is understood still retains Banco do Brasil's personal backing albeit in a diminished form, are still taking place.

"We have our options, we are looking at them and we know Felipe very well. We're just going to continue our assessment and when we're ready we'll announce," she said.

Finally, Wolff said Mercedes is also still weighing up its options regarding Wehrlein's future, with both Sauber and Manor in the reckoning.

11/25/16 (GMM) An agreement is now in place between Mercedes and Sauber that will see Pascal Wehrlein drive for the Swiss team in 2017.

That is the very latest paddock rumor from Abu Dhabi, coinciding with reports out of Brazil that current Sauber driver Felipe Nasr has lost his key Banco do Brasil sponsorship.

When asked about his future in Abu Dhabi, DPA news agency quoted current Manor driver Wehrlein as responding: "There is nothing new.

"There's something new, but nothing new with a signature," he clarified.

As for Wehrlein's current place at Manor, a frontrunner may be Esteban Gutierrez, the Haas team refugee who has key backing from Mexico.

"What I can tell you is I've been working day and night for something definitive," he is quoted by the Spanish daily Marca in Abu Dhabi.

"We are focusing a lot of energy on it but so far there is nothing to announce. But there are good prospects and possibilities and I hope to share my plans soon," Gutierrez added.

(GMM) Pascal Wehrlein on Thursday did not deny reports he is in the running to switch to Sauber for 2017.

When asked in Abu Dhabi if he is nervous that he has arrived at the last race of the season without a firm contract for next year, the rookie German answered: "I'm pretty relaxed."

Asked if that means a decision has already been taken for 2017, Wehrlein said: "I don't know. No, you can't say that.

"There are only seats at two teams available, but there are many drivers they can choose from, including some with money."

Wehrlein, of course, is backed by Mercedes, and he said there is no deadline for the completion of any talks.

Asked whether staying at Manor or switching to Sauber would be better for him, he answered: "It's impossible to say, especially with this change in regulations."

As for whether Sauber's 2017 deal for year-old Ferrari engines will be an issue, Wehrlein said: "That would not be a problem."

What might make a difference is the funding available at Manor, amid the latest rumors that the team is in talks with a buyer.

That could be because of the millions in potential prize money Manor has lost as a result of Sauber's points finish in Brazil.

Asked if Manor can reclaim that coveted tenth place this weekend, Wehrlein said: "Many cars would have to fail.

"As for the track, the two long straights do not help us — in our analysis, we are behind Sauber."

With Felipe Nasr reportedly having sponsor trouble, it is reported the Mercedes-backed Wehrlein could be a contender to replace him at Sauber.

German Wehrlein, 22, admitted that he was disappointed to be overlooked for the more competitive Force India seat that went to his fellow Mercedes junior Esteban Ocon.

"It's written in the press that I am very upset and want explanations from Force India, but it's untrue," Wehrlein is quoted by Germany's motorsport-magazin.com.

"The only thing I said is that I wanted to know why they didn't take me. That's all."

As for the new Sauber rumors, he insisted: "I don't know about that.

"Mercedes negotiate on my behalf. What is true is that there is one empty seat at Sauber and one at Manor."

When asked if he is confident he will be on the grid in 2017, Wehrlein added: "It does not depend on me."