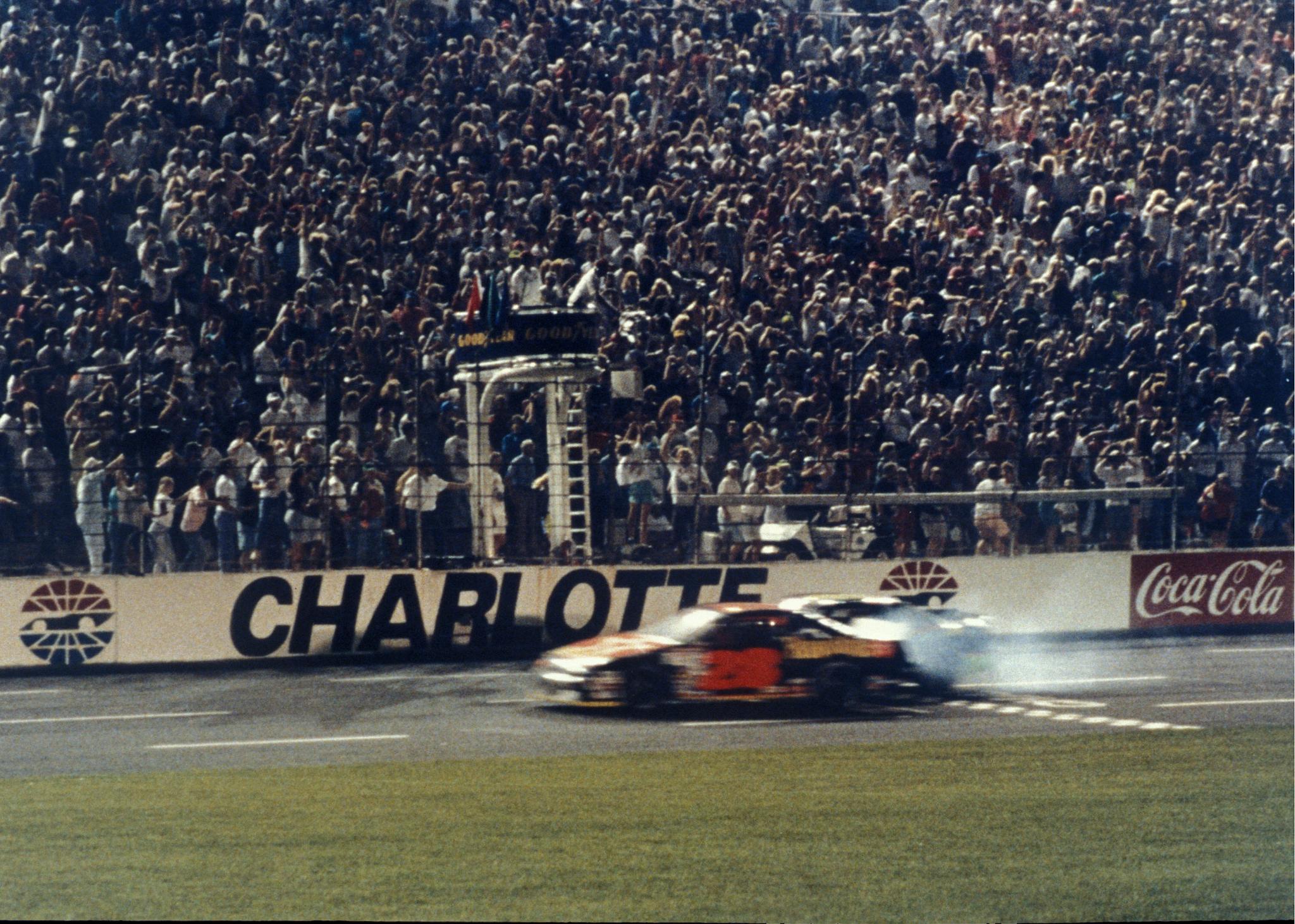 Since the All Star Race returned to Charlotte Motor Speedway in 1987, the event had established itself as a proving ground for some of the world's best stock car drivers to test their mettle against the best of the best.

But the more than the racing itself, the entire event has been used a test bed for new ideas and innovations, a chance to try out something new in real-world race conditions before bringing it to the mainstream. A chance try something to both wow the crowd and to bring some new excitement to the racetrack.

So when R.J. Reynolds Tobacco Company – the title sponsor of both the Winston Cup Series and The Winston – made noises about moving the All Star Race, Charlotte Motor Speedway President and CEO Burton Smith and track promoter H.A. "Humpy" Wheeler went all in, and pitched their most radical idea yet – an idea that many believed would never work, but would end up revolutionizing auto racing forever.

And it all happened on May 16, 1992, in a race dubbed "One Hot Night" – the first race run at night under the lights at a superspeedway in NASCAR's history.

It might seem strange today, where night racing is a common occurrence, to imagine a time when night racing was considered a novelty, even thought of as a gimmick. For decades NASCAR had been a daytime sport – most of the modern superspeedways were far too large to be adequately lighted for night racing.

Enter Humpy Wheeler. Wheeler was more than just a promoter, he was also a showman – a modern day P.T. Barnum. To him, the All Star Race was something more than just some race – it was a chance to wow the fans and put on the greatest spectacle in auto racing, and every year since 1987 Wheeler looked to make the All Star Race better than the year before.

But now, eight years into its genesis, the All Star Race was facing an uncertain future, and the folks at R.J. Reynold were considering moving the all-star event to a different venue.

Unless, of course, Smith and Wheeler could come up with something new.

"They wanted a proposal and wanted to know what we would do differently if we got The Winston back," said Wheeler. "I had several ideas, but they were too lame for Wayne. I could see we were getting nowhere and were about to lose this deal, so I simply said, 'How about we move this race to Saturday night?'"

The folks at RJR ate it up.

"I told them 'we are going to light the speedway,'" Wheeler said. "I had no idea, anyway, shape or form, how we were going to do it when I said that."

we are going to light the speedway.???? I had no idea, anyway, shape or form, how we were going to do it when I said that. – See more at: http://www.charlottemotorspeedway.com/fans/news/643131.html#sthash.4rGUDMXL.dpuf

[adinserter name="GOOGLE AD"] To Smith and Wheeler, the All Star Race seemed like the perfect venue to see if such an idea was possible – could a track the size of Charlotte Motor Speedway be adequately lit without blinding the drivers or the fans?

Lighting a track the size of Charlotte Motor Speedway had never been done before. Racing under the lights wasn't unheard of, or course – short tracks across the country ran feature races at night for decades, and NASCAR had driven under the lights at Bristol since the late 70's.

But Bristol was just a pint-sized half-mile track. Charlotte was a different animal.

To light a track the size of Charlotte, Wheeler and Smith turned to a little know lighting company in Iowa called Musco, who developed a lighting system that used reflectors to light the track in a way that didn't blind the drivers or the fans.

The $1.7 million-dollar system was put in place during the off-season, with ground-based reflectors on the inside of the track illuminating the racing surface from ground level, augmented by stadium lights surrounding the top of the track.

The new lighting system got a full shake-down a month before the race and got some positive feedback from drivers, many of whom had driven under the lights many times in their careers.

"This could be the future of racing," Kyle Petty said. "You can make more of a package out of night racing and it will sell better to TV."

But there were plenty of skeptics too, including none other than Bill France, Jr., who told Smith he didn't think the drivers would go for it. But Smith was undaunted. Racers have been driving under the lights for decades, he reasoned. This should be no different.

Ever the showman, Wheeler pulled out all the stops to promote the event. Many of the preliminary events including qualifying were held under the lights to get the crowd pumped up the main event, which was now moved to Saturday night. The speedway commissioned artist Sam Bass to design a special program cover and theme for the race, fittingly called "One Hot Night".

And the race would certainly live up to its moniker.

Davey Allison won the pole for the event and ran away from the field in the opening segment, leading all 30 laps. Following a 10-minute break, the field was inverted by a fan vote and Allison was sent to the rear of the field.

Geoff Bodine led the first four laps of the 30-lap second segment before Kyle Petty powered past to take over the top spot. Petty then check out on the field, leading the remaining 26 laps to win the segment while Allison finished in sixth.

Petty looked to running away from the field in the final 10-lap segment, before caution waved for Darrell Waltrip's spin on lap four, erasing a 3.5-second lead over Dale Earnhardt and Allison.

On the restart, Petty again tried to pull away but Earnhardt fought back on the outside and passed Petty high going into turn one to take over the top spot

Coming out of turn two on the white flag lap, Petty looked low while Earnhardt moved down to block, pushing Petty all the way to the apron as they came to the final turn.

Going though turn three, Petty put a bumper to Earnhardt sending him spinning, cutting Petty's momentum just enough for Allison to pull even with Petty as they came through the front stretch.

Moments later, Allison pulled ahead on the inside as they came to the finish line, barely edging Petty at the line for the victory, but Petty hooked Allison's car in the right rear as the crossed the stripe, turning Allison's no. 28 Ford drivers-side first into the inside wall and coming to a rest in a shower of sparks just short of turn one

Allison would have to be cut out of the wreckage of his car and was airlifted to the hospital, spending the night in the emergency room with a concussion, bruised legs, and a bruised lung instead of in Victory Lane. Later, in his hospital bed, he would say "This is the darndest victory lane I've ever been in".

Allison would recover, and finish fourth in the Coca Cola 600 a week later. A little more than a year later, on July 13, 1993, Allison would pass away from injuries suffered in a helicopter crash.

Despite the way the race ended, the night was a success. Racing under the lights had worked better than Wheeler and Smith could have hoped. With a year, the Coca-Cola 600 moved to a later start time to finish under the lights, and a few years later, the track moved their fall race to Saturday night, running the full event under the lights.

Once considered just a gimmick, running under the lights was here to stay, and it was all thanks to a man with a one-of-a-kind idea, and a one-of-a-kind race to try it out on.