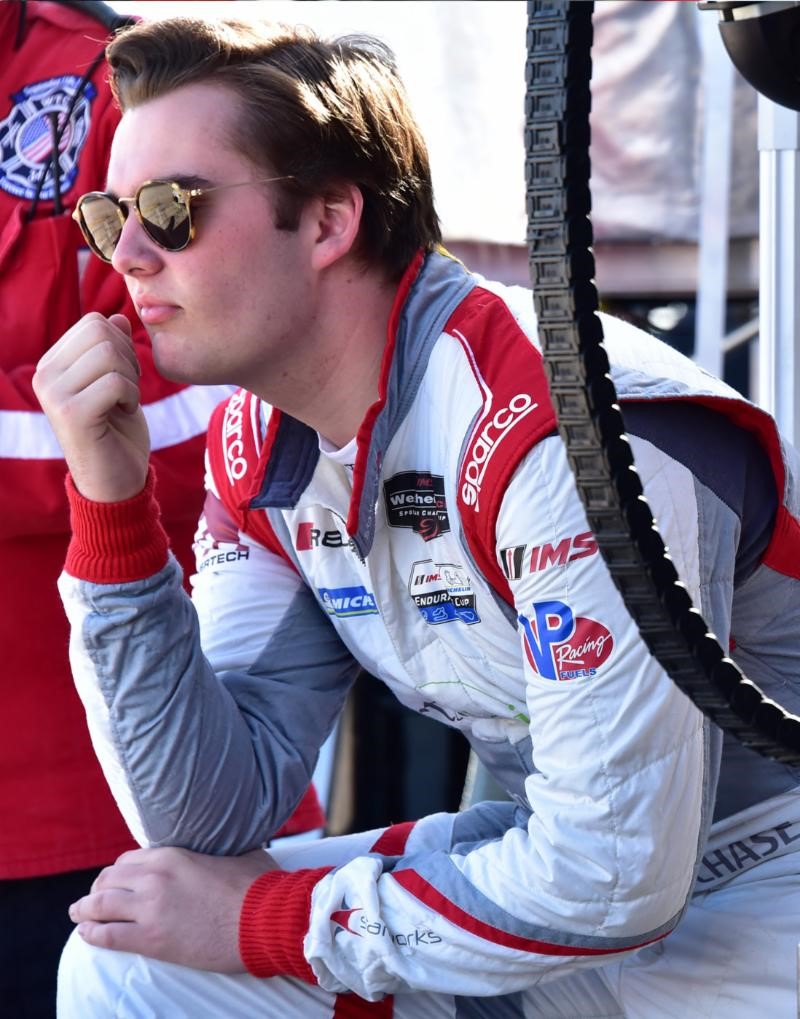 “AIM VASSER SULLIVAN is pleased to announce that Parker (Chase) will be driving the full 2020 GTD season." said AIM VASSER SULLIVAN co-owner Jimmy Vasser. “Parker is a young, up and coming driver, who showed good speed when he ran for us at the Petit Le Mans and in tests before and after that race. We look forward to helping him develop his career."

Chase will join Jack Hawksworth behind the wheel of the No. 14 AIM VASSER SULLIVAN Lexus RC F GT3. In 2019, the team’s first season, the No. 14 AVS Lexus competed in all 11 races during in the IMSA GTD class season placing second in the inaugural IMSA GTD Sprint Cup Team Manufacturer Championship and sixth in the overall championship on the strength of two wins (Mid-Ohio and Detroit), five top-five showings and eight top-10 finishes.

Chase, 18, a native of New Braunfels, Texas, is one of North America’s up and coming sports car drivers. He began racing in Karts at the age of 10 winning multiple championships, is the 2016 Pirelli World Challenge Rookie of the Year and the 2018 World Challenge SprintX Pro/AM Champion.

“I’m honored and excited to be joining AIM VASSER SULLIVAN for the 2020 IMSA GTD season," said Chase. I want to thank “Sulli" (James “Sulli" Sullivan), Jimmy (Vasser) and Andrew (Bordin) for this opportunity. The team had a lot of success in their first year in IMSA racing the Lexus RC F GT3, and I’m looking forward to helping them continue and improve on that success.

The AIM VASSER SULLIVAN team kicks off the 2020 season at the Rolex 24 at Daytona International Speedway on January 25.

Vasser and Sullivan were allied and partners from 2011-2016 with KVSH Racing in the IndyCar Series. In 2017, Vasser and Sullivan established Vasser-Sullivan Racing to compete in the IndyCar series. In 2018, they formed a partnership with Dale Coyne to establish Dale Coyne Racing with Vasser-Sullivan to compete full time in the IndyCar Series Championship. In its first year, the team earned multiple podiums including winning the Grand Prix of St. Petersburg, and finishing seventh in the 2018 championship standings.

AIM Autosport formed in 1995 and have been winners in every category of open wheel and sports car racing they have competed in. AIM has multiple race wins, plus overall team, driver and manufacturer Championships in both Grand AM and IMSA competition.