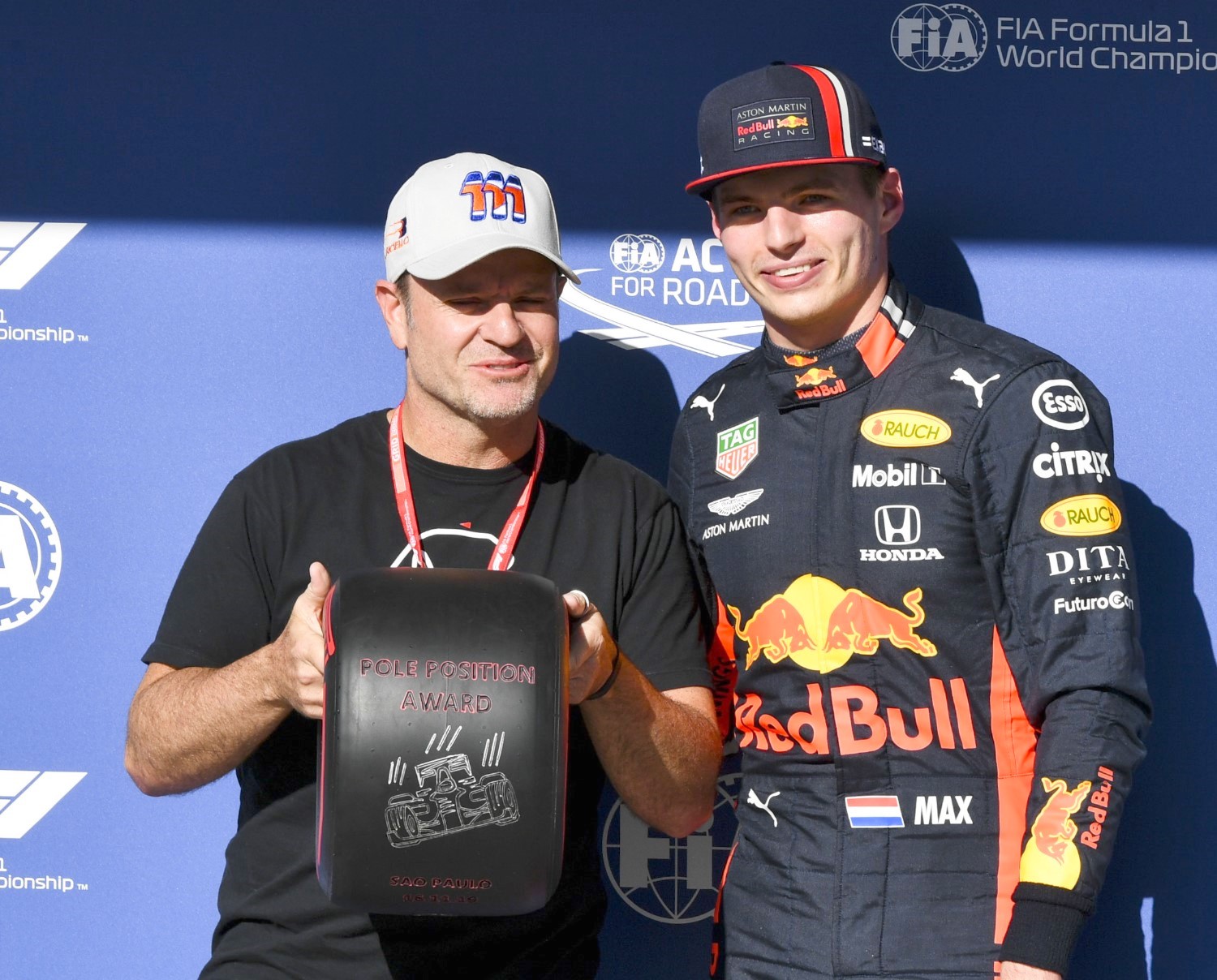 Once strongly represented in F1, featuring legends like Ayrton Senna and Nelson Piquet and multiple race winners including Barrichello and Felipe Massa, there is no longer a single Brazilian driver on the grid.

But Barrichello says the Brazilian people are now turning their attention to Dutchman Verstappen.

"Max is an aggressive driver," he told De Telegraaf newspaper.

"People think he's crazy. He is also very outspoken. He says what he thinks. His weekend in Brazil was ten out of ten.

"It all makes him a very popular driver in Brazil."

With a very similar view about 22-year-old Verstappen is 1997 world champion Jacques Villeneuve.

"In my opinion he is ready to become world champion," the Canadian told Sky Italia.

"But that doesn't mean he doesn't have to be careful with what he says."

Villeneuve therefore scolded Verstappen for recently accusing Ferrari of "cheating" with its engine.

"In that case, he was talking about something he cannot know about," he said. "That is the whole problem with that statement."