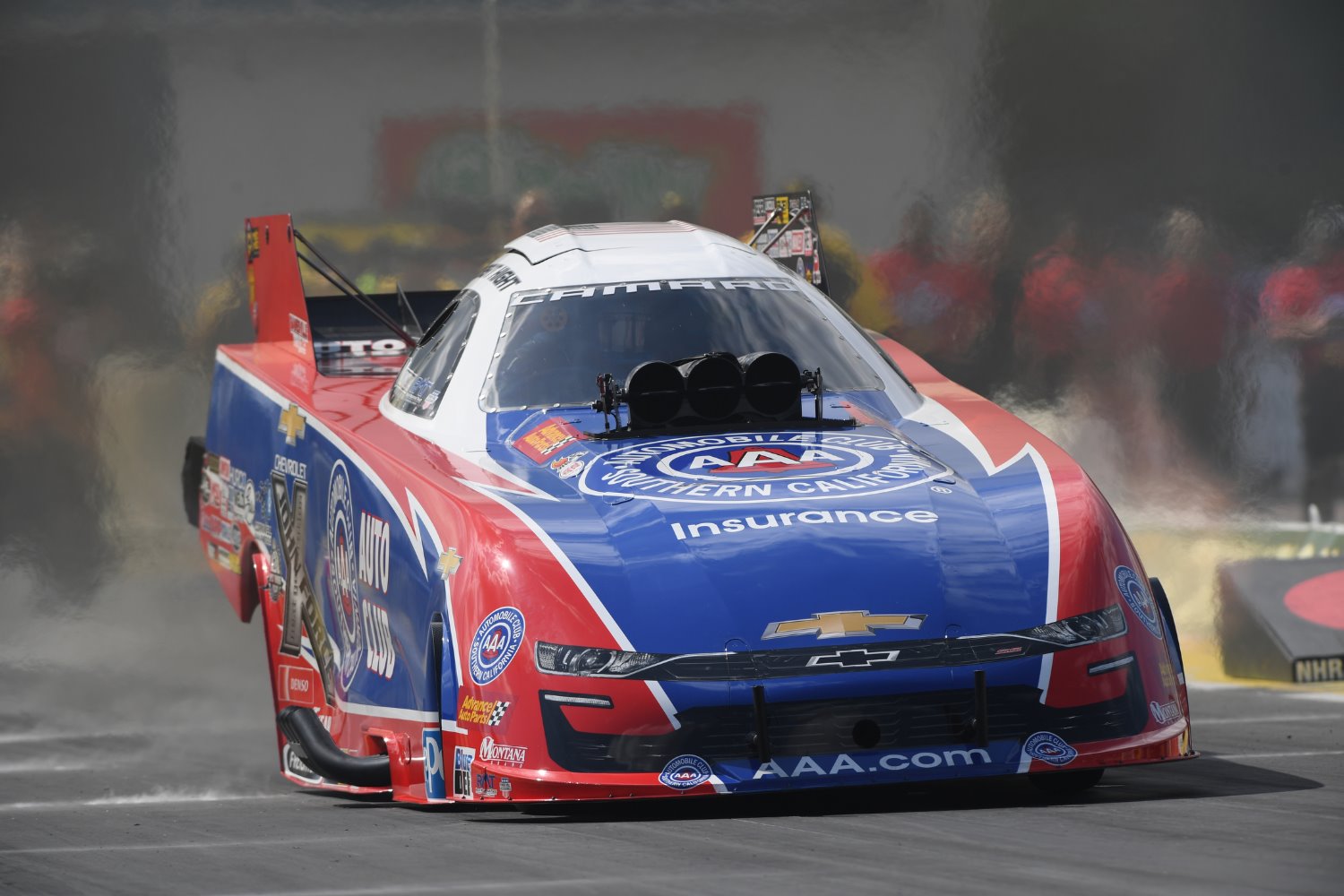 Chevrolet is the top manufacturer on the drag strip for a record-extending 24th time.

It is the third consecutive year and fourth time in the past five seasons that the Bowtie Brand has outscored three other manufacturers. Chevrolet first earned the award in 1966, and no other manufacturer has won it more times. GM brands Oldsmobile and Pontiac combined to win 24 titles.

Points accumulated by Chevrolet Camaro SS and Chevrolet COPO Camaro drivers in the professional and Sportsman classes were more than double the closest manufacturer.

“It’s an honor for Chevrolet to win the NHRA Manufacturers Cup for a record 24th time. This championship is a result of an incredible effort by the Chevrolet Camaro drivers, crew chiefs and teams which earn valuable points throughout the season." said Mark Kent, Chevrolet Director Motorsports Competition.

Robert Hight, driver of the Automobile Club of Southern California Chevrolet Camaro SS, collected a career-high six victories on the way to winning the Funny Car championship for the second time in three years and third of his career. Teammate and 16-time NHRA Funny Car champion John Force pushed his career victory total to 151, including a win at the Chevrolet Performance U.S. Nationals, in the PEAK Coolant & Motor Oil Chevrolet Camaro SS.

Chevrolet has amassed 141 Funny Car victories since 1967, including 61 with the Camaro nameplate. Since the 2015 season, the John Force Racing Funny Car and Top Fuel lineup with Chevrolet has produced 43 wins – led by Hight’s 17. JFR has won an unprecedented 21 NHRA championships.

Though not contributing to Manufacturers Cup points, 2017 Top Fuel champion Brittany Force registered two victories, eight No. 1 qualifier honors and reset the national elapsed time and speed records in her Chevrolet dragster. She finished third in the Top Fuel standings.

John Force Racing teammate Austin Prock, who posted a victory at Seattle in the Montana Brand/Rocky Mountain Twist Chevrolet dragster, was voted the Automobile Club of Southern California Road to the Future Award winner. Past winners of the rookie honor, which was established in 2002, include current Chevrolet drivers Hight, Brittany Force and Line.