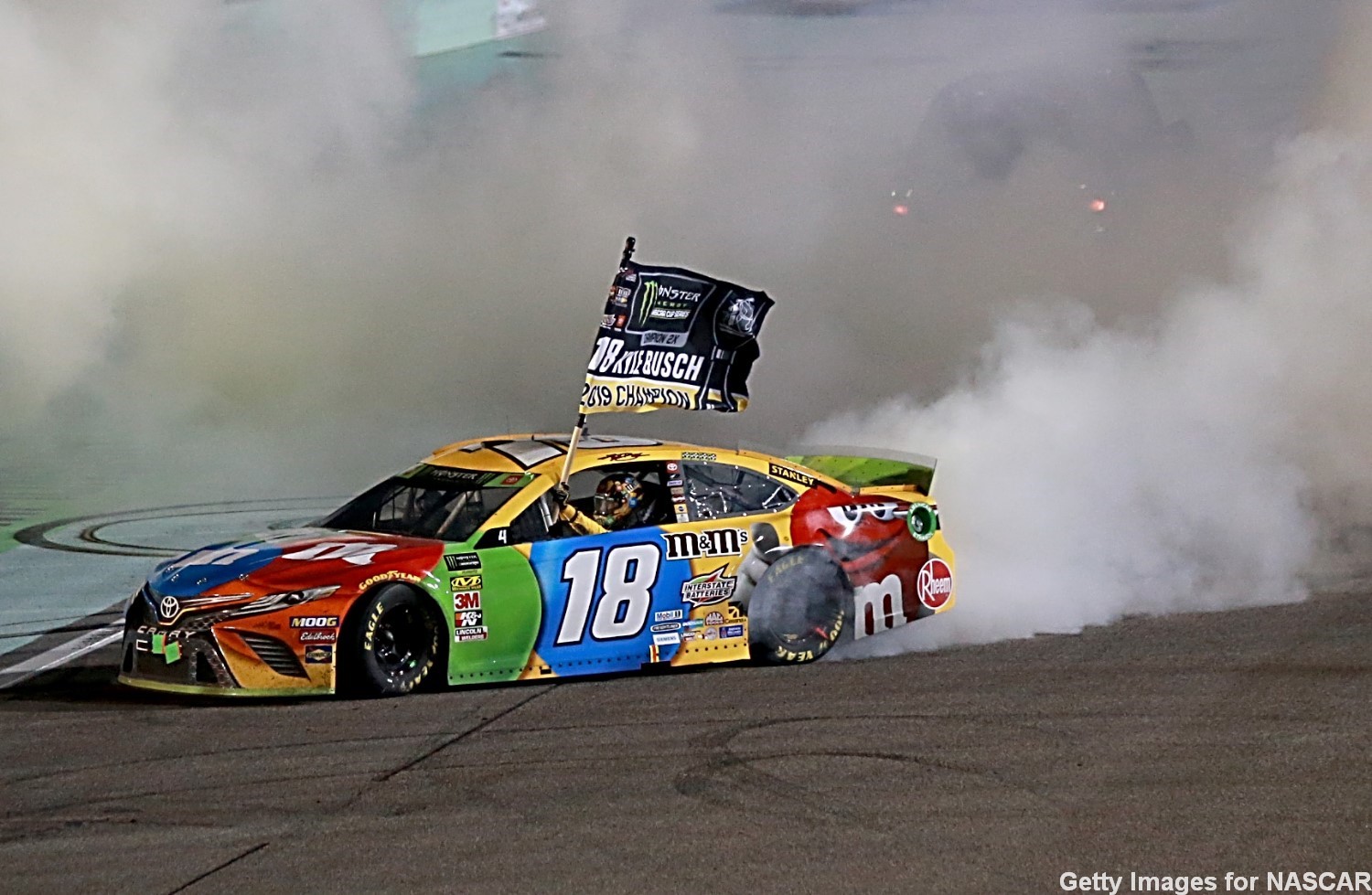 Busch led a race-high 120 laps (of 267) and won his fifth, and most important race of the season, at Homestead-Miami Speedway on Sunday evening to earn his second career MENCS title and the third for Toyota in the series.

“Everybody always says you never give up, and we’re no different," said Busch. “We just do what we can do each and every week, and sometimes we may not be the best and sometimes we may not have the right track position. We had a really good car and I could race around and move around. That’s what’s so special about Homestead-Miami Speedway – is the ability to put on a show. Kind of like we did there racing those guys. It was exciting from my seat. It was a lot of fun to cap off such an amazing year."

Joe Gibbs Racing (JGR) teammates Martin Truex Jr. and Erik Jones finished second and third, respectively, to give Toyota a sweep of the top-three finishing positions. Denny Hamlin also finished 10th as he and Truex came up short of the title. Truex won the first stage and led 103 laps early in the race.

“Our pit stops would allow us to get up front and then we would maintain until we started falling off and then they would drive by me," said Bell, after the race. “Very thankful that I got to spend some time in the Xfinity Series. These cars are a ton of fun to drive. I’m ready for the next chapter."

“This truck was on rails all night," said Hill, after the race. “Scott (Zipadelli, crew chief) made some awesome adjustments there and got the truck a little bit better. We were good all night. To be able to win this race and lock down the Toyota manufacturer championship means a lot to me so I’m glad I could help Toyota out with that."

Eighteen-year-old Tyler Ankrum earned 2019 NGOTS Rookie of the Year honors and Christian Eckes secured the seventh owner’s championship for Kyle Busch Motorsports as the No. 51 Tundra finished in third at Homestead.

In Pomona, Kalitta registered the quickest pass of the day to knock off teammate Richie Crampton and win an all-Toyota Top Fuel final at the NHRA Finals on Sunday. Even with the victory, Kalitta fell just three points shy of the Top Fuel world championship.

“I was real proud of the effort put in by this whole Mac Tools Toyota team," said Kalitta. “Our goal today was to get to the final and we did that. In qualifying, with Steve (Torrence) getting above us in Q4 to take a 63-point lead it put us down three rounds and that was tough to make up. We ended up short, but we gave it all we could. Winning a championship is still on our bucket list."

The win in the season finale was the third of the season for Kalitta and the eighth for a Toyota NHRA driver in 2019.