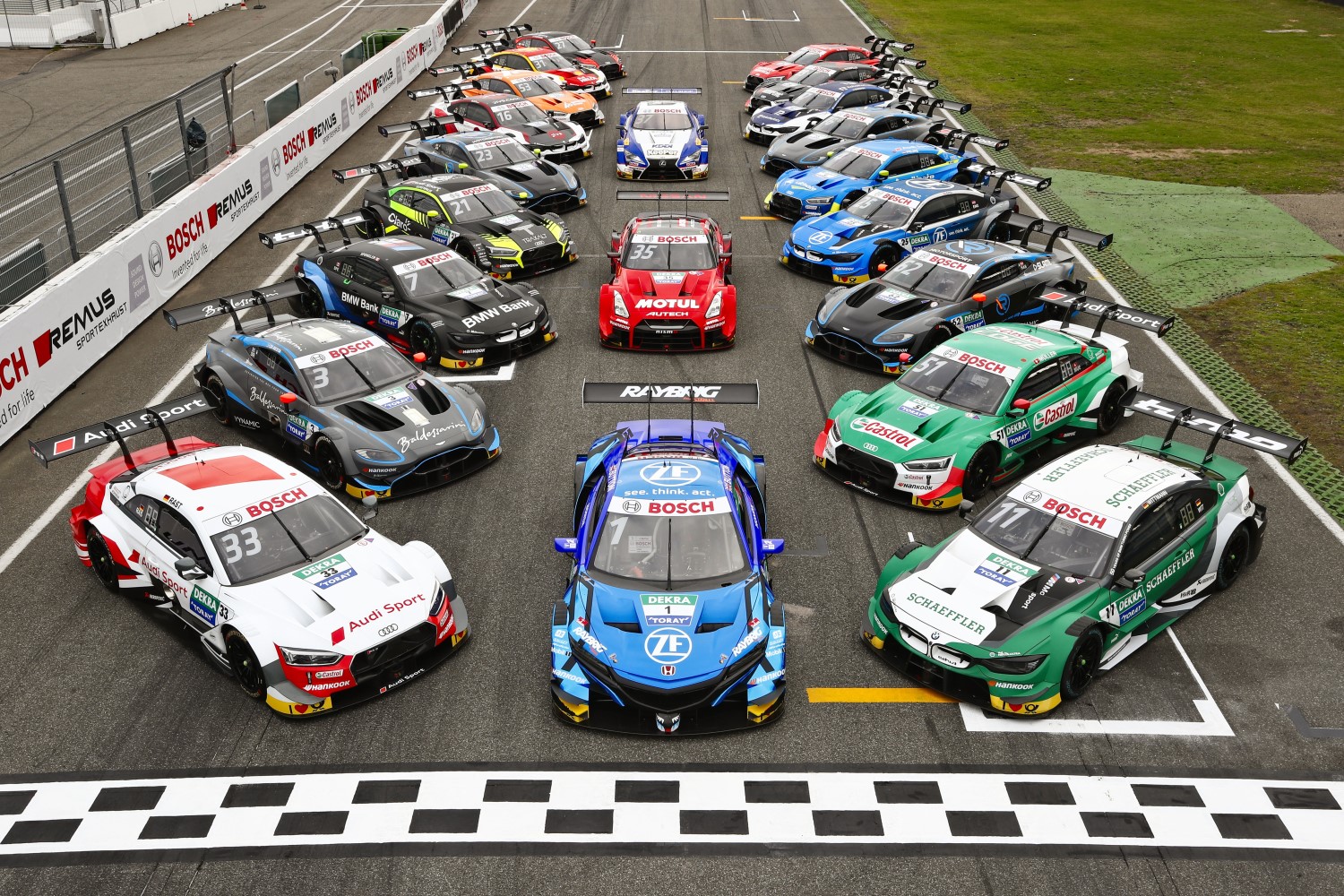 In less than a week, the action kicks off at Japan’s Fuji Speedway in the landmark ‘SUPER GT x DTM Dream Race’ tie-up event.

For this unique pair of races, which take place on the 23rd and 24th of November, 15 Japanese SUPER GT cars have been confirmed for the event, alongside the seven previously confirmed DTM entries. It means there will be a 22-car field for the Fuji race, comprising models from five manufacturers: Audi, BMW, Honda, Nissan and Lexus.

The event schedule and the regulations that will govern the event have also been given the final ratification.

The race schedule largely aligns to the current DTM format: a morning qualifying session followed by a 55-minute-plus-one-lap race on both Saturday and Sunday.

As in DTM, each race will feature a mandatory pit stop for the fitting of fresh rubber – with standard tires supplied exclusively for the Dream Race by regular DTM partner, Hankook.

However, there are several ways next weekend’s race will deviate from the DTM norm: for example, both Fuji races, will begin with a rolling start, which is common to the SUPER GT series.

DTM’s overtaking aids – the Drag Reduction System (DRS) and Push-to-Pass (P2P) – are not permitted. However, with its huge 1.475km start-finish straight, both racing and overtaking are set to be action-packed.

Another slight difference the DTM squads will experience next weekend is a restriction on pit-lane personnel. In the DTM, nine mechanics are permitted during the stops; for the Dream Race, a maximum of seven is allowed.

The majority of Dream Race cars are supplied by Lexus, the marque that secured the 2019 SUPER GT title at the final round at Motegi several weeks ago. Honda will field five cars, Audi and Nissan four, and BMW three.

In German-speaking countries, broadcaster SAT.1 – the TV partner of the DTM – will broadcast both races live, starting at 06:25am CET.

In addition, the Dream Race will be shown live on TV in Japan, Russia, North America, Malaysia, Indonesia and the Netherlands, with the OTT platform Motorsport.TV also streaming both races live.

Last but not least, the Dream Race marks the beginning of a public beta phase of DTM’s brand-new OTT platform. Users can register online and enjoy DTM content free of charge until the end of the year. The DTM OTT feed will also provide viewers with the option to choose from four live onboard channels – with the option of customizing the views for a unique full- or multi-screen experience.