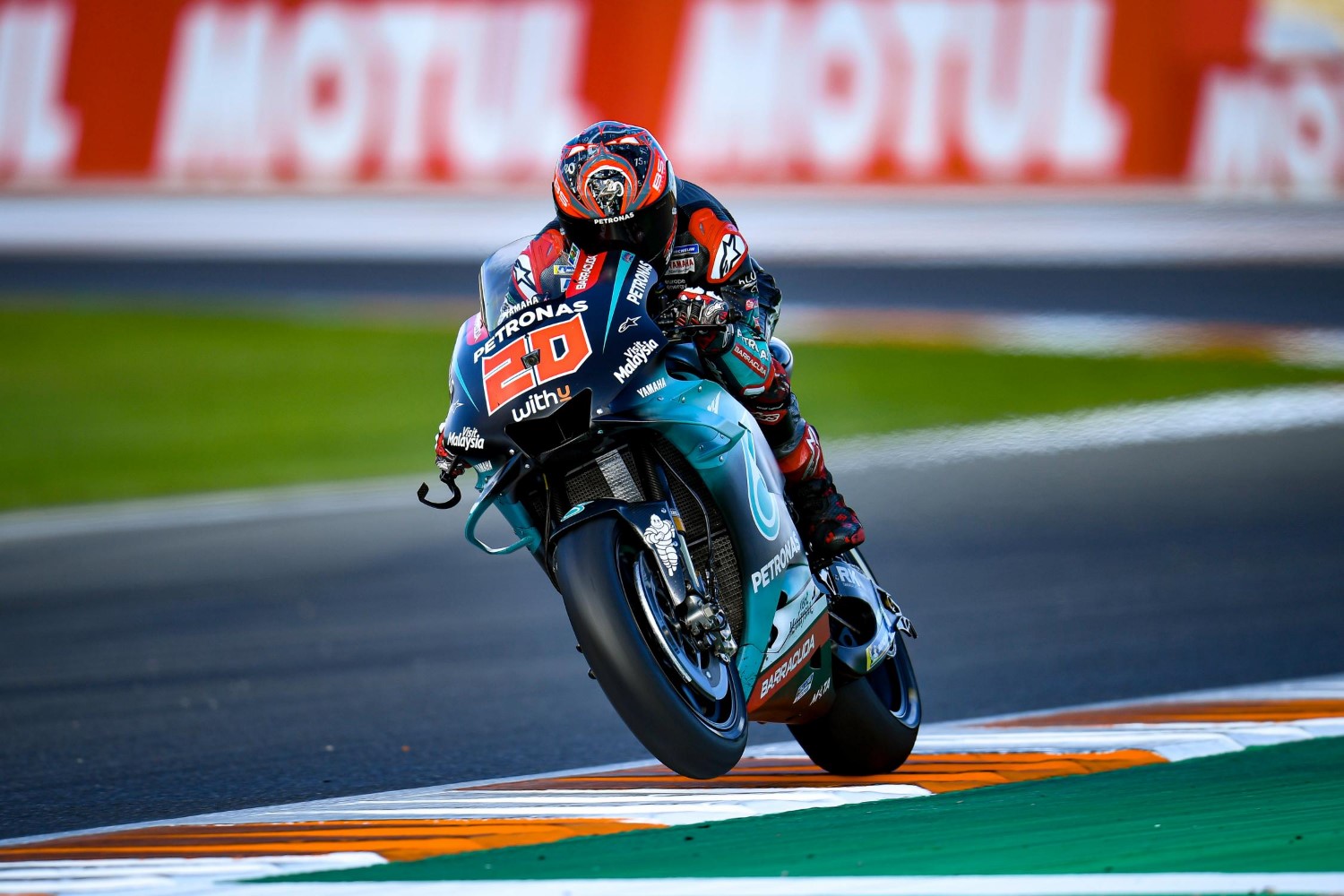 Friday pacesetter Quartararo had led third practice in the early running, and finished with a 1m30.232s to head into this afternoon's qualifying as the rider to beat.

Jack Miller held onto third ahead of Rossi and Morbidelli, while Vinales found himself shuffled back to sixth.

Factory Ducati duo Danilo Petrucci and Andrea Dovizioso slotted in behind the Yamaha rider, with Joan Mir the only Suzuki directly into Q2 after team-mate Alex Rins missed out in 12th.â€¨