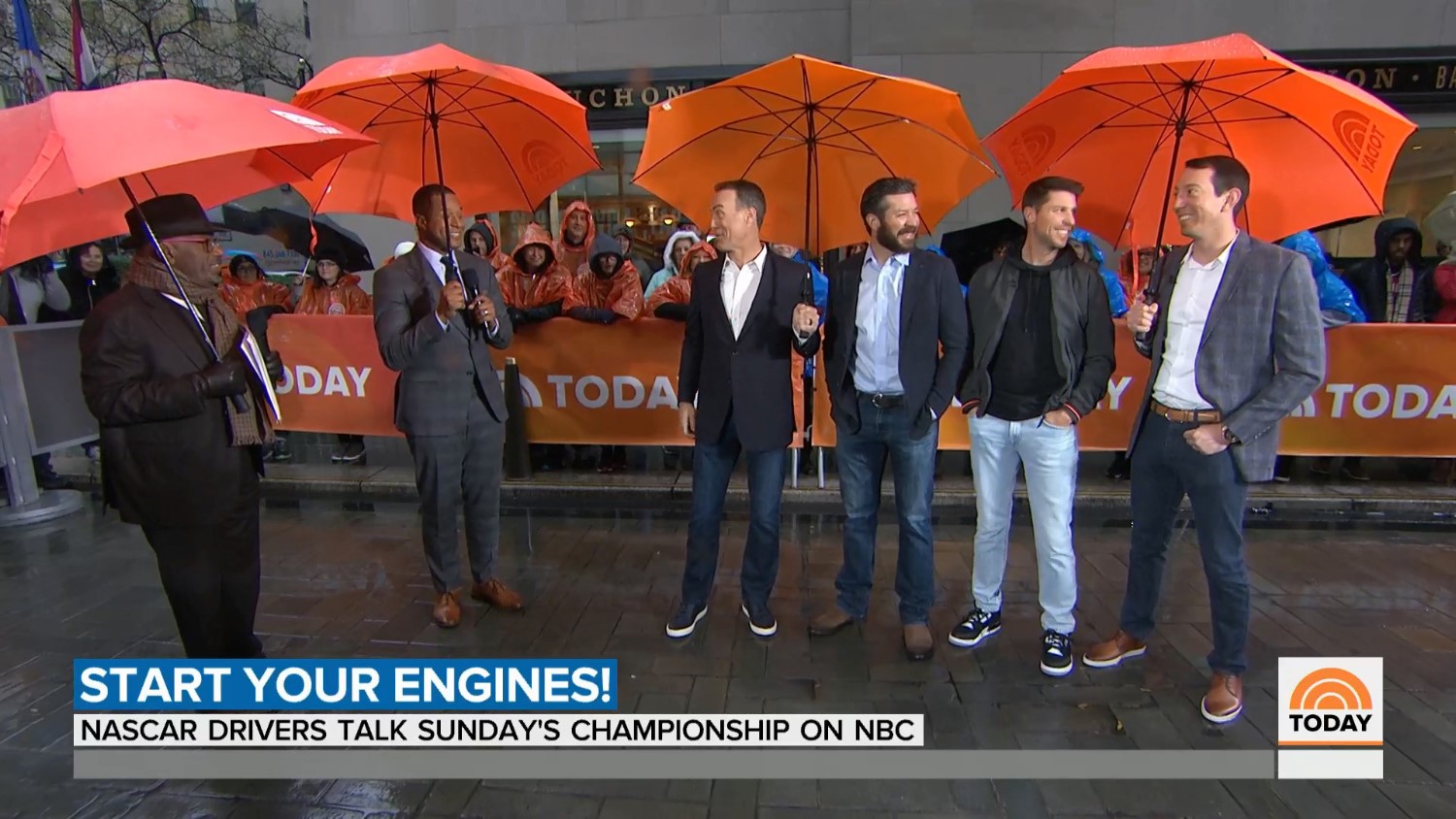 UPDATE And NBC's promotion continued into last night……"Tonight Show" host Jimmy Fallon said he was “so excited" for the NASCAR season finale on Sunday. Fallon: “I’m pumped, I love NASCAR. What's weird, though, is I never knew what NASCAR stood for. I guess I'll never know what NASCAR stands for."

At that moment, the final four drivers — Kevin Harvick, Martin Truex Jr., Denny Hamlin and Kyle Busch — walked on-stage, with Hamlin saying, “Hey Jimmy, I think we can help you out with that." Hamlin said he thought NASCAR stood for “Neil Ate Seventeen Cookies At Recess."

Then Truex tried to correct both of them, saying, “No, no, no, no, no. It stands for ‘National Association for Spreading Cats And Rats.’"

Finally, Harvick seemed to have the answer when he said, “No, all that’s wrong. It's ‘Never Ask Santa Claus About Rudolph.’" Fallon: “That's exactly right, thank you very much. I appreciate it, guys" (“The Tonight Show," NBC

11/12/19 NBC’s “Today" show this morning promoted the final Monster Energy NASCAR Cup Series race of the year, the Ford EcoBoost 400 at Homestead-Miami Speedway. NBC’s Al Roker said, “Get ready to start your engines because this Sunday is the NASCAR championship."

The four contending drivers — Kevin Harvick, Martin Truex Jr., Denny Hamlin and Kyle Busch — appeared outside the studio in the rain, with NBC’s Craig Melvin calling the race the “Super Bowl of NASCAR."

Harvick: “You fight all year to try to be in the final four, so hopefully we can have a good weekend and take advantage of being there." Melvin: “This new playoff system has been really good for the sport." But Harvick called it “stressful." Melvin: “But fans seem to love it" “Today," NBC