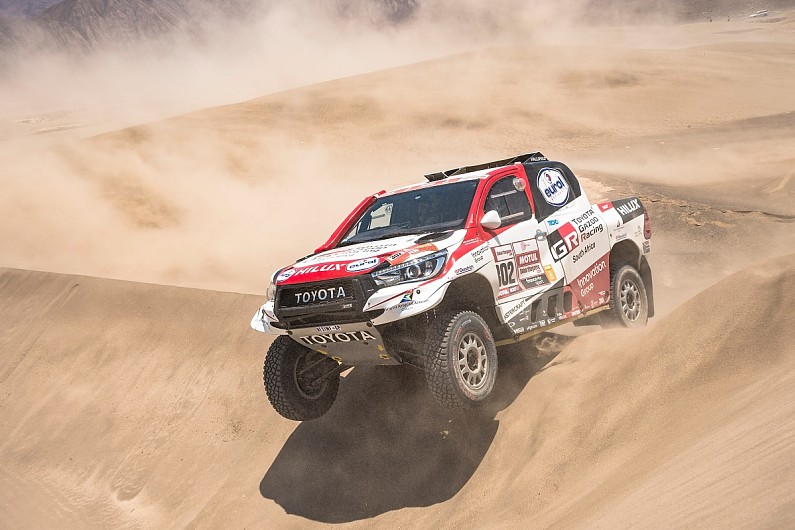 Alonso and co-driver Marc Coma have been taking part in some smaller events in preparation for the Dakar and a the Al Ula Neom Rally in Saudi Arabia he achieved his first rallying podium for Toyota.

The rally was won by Yazeed Al-Rajhi and Konstantin Zhiltsov, who passed Yasir Seaidan and Francois Cazalet on the final day.

“It was a good four days preparation for the Dakar and discovering new terrain and new things here," Alonso said, as quoted by Saudi Gazette. – quite the achievement for someone who’s been at it for less than a year.

Seaidan and French co-driver Francois Cazalet finished as runners-up in a MINI All4 Racing and the Spanish pairing of Formula One star Fernando Alonso and Marc Coma rounded off the podium places with the third fastest time on the final selective section.

Yasir added: “It was an interesting rally but difficult for us. We had many punctures and the last day was difficult navigation. In the end we finished in second place. That is a good result for us and we are still leading the championship with two rounds to go. It was nice to see Fernando Alonso here practicing over the terrain. It was a nice experience to have a world champion with us, for him and for us."

Alonso said: “It was a good four days preparation for the Dakar and discovering new terrain and new things here. To be third in the final two stages and to be third in the overall is the first podium of my life in rally. It is good that it happened now and gives us confidence for Dakar."

Finish the last stage and the Rally. First podium in Rally ðŸ¥‰!!! Thanks to these guys ðŸ'�ðŸ�»ðŸ'�ðŸ�»! #team @TOYOTA_GR pic.twitter.com/yMGbmN1PMy

The first podium in his career in the world of rallies, and his first season with Hilux @TOYOTA_GR , third in the #AUla @NEOM Rally, third round of the Saudi Desert Rally Championship @SaudiToyotaCh , great work Alonso ðŸ‡ªðŸ‡¸ðŸ‡¸ðŸ‡¦ðŸ'�ðŸ�¼@VisitSaudiNow pic.twitter.com/1gLUgKvd7X