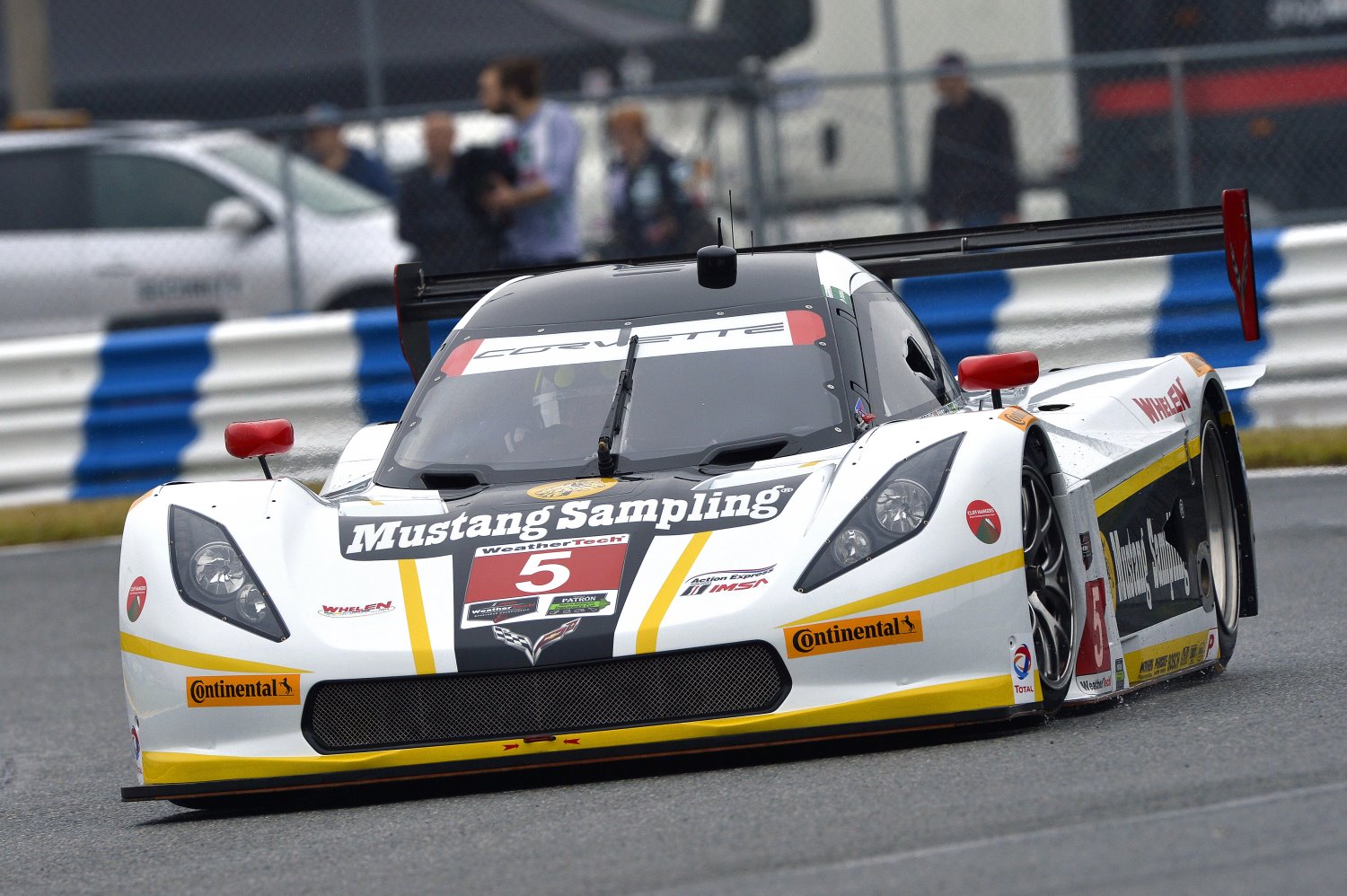 SEBRING, Fla. – It probably isn’t fair to call it Beauty vs. The Beast, but there’s precedent. When the first generation of Daytona Prototypes debuted in the GRAND-AM series, they received plenty of criticism for their purposeful but arguably inelegant styling, compared to the more delicate, intricately designed Prototype cars in other series.

But as the Daytona Prototypes evolved, so did the look, and it’s hard to argue that they are any less attractive than other Prototype cars. But they do have that reputation from their mostly V-8 engines – snarling, uniquely American, even when that sound is made by Japanese or European V-8s.

In the IMSA WeatherTech SportsCar Championship’s 2016 season, the lines are tightly drawn in the Prototype class at the 64th Annual Mobil 1 Twelve Hours of Sebring Fueled by Fresh From Florida – of the dozen Prototypes entered, six are Daytona Prototypes, five are Prototype 2 cars, and one is the unique DeltaWing, which really doesn’t fall into either classification, but is certainly closer to the P2 design and Daytona Prototype. One thing the DeltaWing does have in common with the DPs is the fact that this is the final WeatherTech Championship season for both.

[adinserter name="GOOGLE AD"]So who will win? Statistics favor the Daytona Prototypes in general, the Corvettes in particular. All four cars had wins in 2015, and the Action Express No. 5 was the season champ for 2014 and 2015, and won Sebring last year, so the team of Christian Fittipaldi, Joao Barbosa and Filipe Albuquerque has to be the favorite for an overall and class win.

But look no further than January’s first race of the season, the Rolex 24 At Daytona, for a potential game-changer: The Tequila PatrÃ³n ESM P2 car of Scott Sharp, Johannes van Overbeek, Ed Brown and Pipo Derani served notice with a strong win that they are coming to Sebring with swagger. Derani was the star of the Daytona show, seemingly able to drive the Ligier-Honda into the lead at will. The Mazdas, with new engines, are hungry for a win, and the Nos. 60 and 81 P2 cars can’t be discounted.

This could well be the most competitive Prototype race at Sebring in years, and the possibility for a dark horse victor is substantial. And let’s not forget the last race of the 2015 season, the rain-drenched Petit Le Mans at Road Atlanta, where the slick pavement made it possible for the impossible to occur: One of the factory GT Le Mans Porsches beat all the Prototypes for the victory. And rain is always a possibility in March in Central Florida.

Our prediction: If it’s a clean, relatively crash-free 12 Hours, the ESM Extreme Speed P2. If it’s a typically rough Sebring, the No. 90 Visit Florida Corvette. But don’t ask us to bet – it’s way too close to call.

PROTOTYPE CHALLENGE: Of the seven PC entries, any of them could have a lucky race and end up on the top step of the podium. But a wagering fan might put some money on the No. 54 CORE autosport ORECA/Chevrolet of Colin Braun, Mark Wilkins and Jon Bennett, or the No. 85 JDC-Miller car of Misha Goikhberg, Chris Miller, Stephen Simpson and Kenton Koch, which won Daytona.

GT LE MANS: Again, any of the 10 cars entered could win. All eyes, however, will be on the two Ford GTs, Nos. 66 and 67, which were fast at Daytona in their debut, but were sidelined for hours by mechanical problems. This is the last endurance race they have to tune up for the 24 Hours of Le Mans, where the team hopes to repeat its success from 50 years ago.

Ford’s arch-rival, the Nos. 3 and 4 Corvette Racing C7.Rs, were an incredibly close first and second at Daytona, and have had enough success at Sebring – including a win by the No. 3 team last year – to make them arguably the favorites. Nothing against the Ferraris and BMWs – they can definitely win – but this feels like a Porsche year, so we’re betting on the No. 911 Porsche 911 RSR of Patrick Pilet, Kevin Estre and Nick Tandy. As with Prototypes, a relative gentle race would favor the Porsches, which a rough-and-tumble 12 Hours might favor the Corvettes and the BMWs.

GT DAYTONA: Man, what a tossup this 20-car class is: In the off season, IMSA adopted the global GT3 rules, so almost all the cars in this class are new. The Lamborghinis were fast at Daytona but all ran into problems, and the model has had its wings clipped a bit by rules changes since then.

The Ferrari 488 GT3 is very fast, but very new, delivered to the teams later than the competition. The Aston Martin Vantage GT3 can contend, as can the BMW M6 GT3. The Dodge Viper has a solid history here, and can survive a rough race. But we’re thinking it will be an Audi R8 LMS GT3, or a Porsche 911 GT3 R – specifically, the no. 44 Magnus Audi of John Potter, Marcus Seefried and Andy Lally, which won Daytona, or the No. 22 or 23 Porsches fielded by Alex Job Racing, with Cooper MacNeil, Leh Keen and Gunnar Jeanette in the No. 22 WeatherTech car, or Ian James, Mario Farnbacher and Alex Riberas in the No. 23 Heart of Racing car.

[adinserter name="GOOGLE AD"]Job has won Sebring 10 times, and is going into the Hall of Fame here this weekend. Can he snag number 11? We’re not betting against him.

Live coverage of the 64th Mobil 1 Twelve Hours of Sebring Fueled by Fresh from Florida begins at 10:30 a.m. ET on FS1 and the FOX Sports GO app. Television coverage shifts to FS2 from Noon to 7 p.m.; continues on IMSA.com and the IMSA mobile app from 7-10 p.m., and concludes on FS2 from 10-11 p.m.