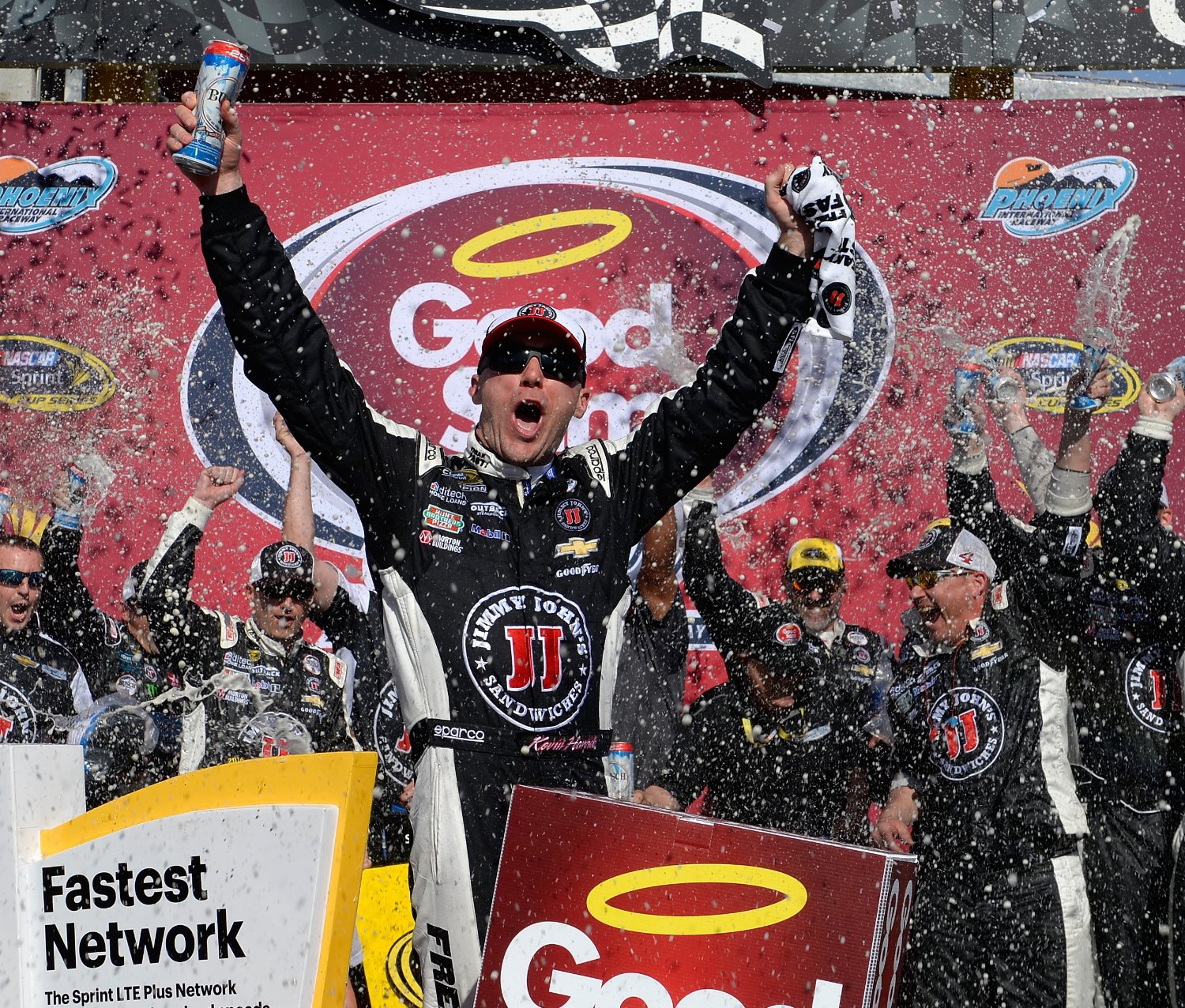 Kevin Harvick asserted his desert dominance in thrilling fashion, grabbing a victory by just 0.010 of a second over Carl Edwards in the 312-lap, 312-mile Good Sam 500 at Phoenix International Raceway on Sunday.

It was Harvick's sixth victory in the last eight races in Phoenix, and his fifth in the last six races. Harvick, who qualified 18th, led for a total of 139 laps.

Edwards and Harvick made contact at the start/finish line in a finish that was the closest in series history at Phoenix International Raceway.

Dale Earnhardt Jr., who started 26th and led for 34 laps, rounded out the top five.