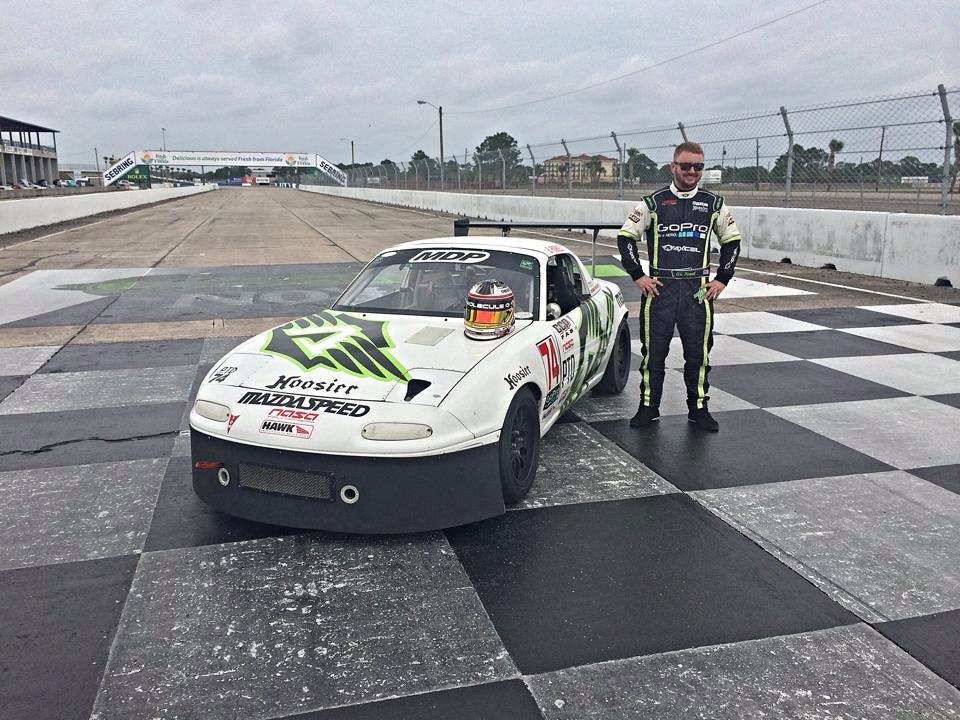 Below, is the latest installment of AR1's Up and Comers, where we look at drivers climbing their way up the racing ladder. Today, we take a look at Florida native Eric Powell, who will debut in the Pirelli World Challenge this season.

AR1 recently caught up with Pirelli World Challenge driver Eric Powell. In December, the 30-year-old Windermere, Florida native signed on to drive a Mazda MX-5 in the TCA class for Tech Sport Racing in 2016. And earning his arrival this year in the World Challenge has been many years in the making.

To begin, Powell has raced in a broad spectrum of cars and categories.

His racing career started in karts as a teenager before soon making the move to dirt stock cars, spending many of his formative years on the old 3/8-mile oval at Orlando Speed World. Soon, however, Powell began to seek opportunities in road racing, noting the greater opportunity.

A big breakthrough came in 2006, when Powell was chosen as one of the winners from a pool of 100 drivers at the Jim Russell Racing School. He spent 2007 in what was then known as the Grand-Am Koni Challenge, now the IMSA Continental Tire SportsCar Challenge.

In the interim, Powell tested with a Porsche with former ALMS team Vici Racing in 2009, and has won three NASA championships in a car he built and developed. He has also kept his racing dreams alive working as a full-stunt driver at Walt Disney World in Orlando. Powell has noted that his day job which often has him playing the part of a hero car being chased by a villain, requires the ability to drift, jump off ramps, drive through explosions, and drive on both four wheels and two helps “keep the motorsport skills sharp," say Powell.

In addition to his stunt work, Powell is active as a driver instructor.

More recently, Powell has developed a relationship with Mazda, through participating in a variety of Mazda shootouts. Powell gives great credit to Mazda for not only for the opportunity they provide young drivers to hone their racing and P.R. skills, but the financial opportunities.

“Mazda is really the only company out there giving scholarships to club-level racers," says Powell. Of course, fans of Indy Car racing are well aware of the programs Mazda offers to young drivers. This season, another Orlando native Spencer Pigot, winner of four Mazda scholarships, will contest three Verizon IndyCar Series races.