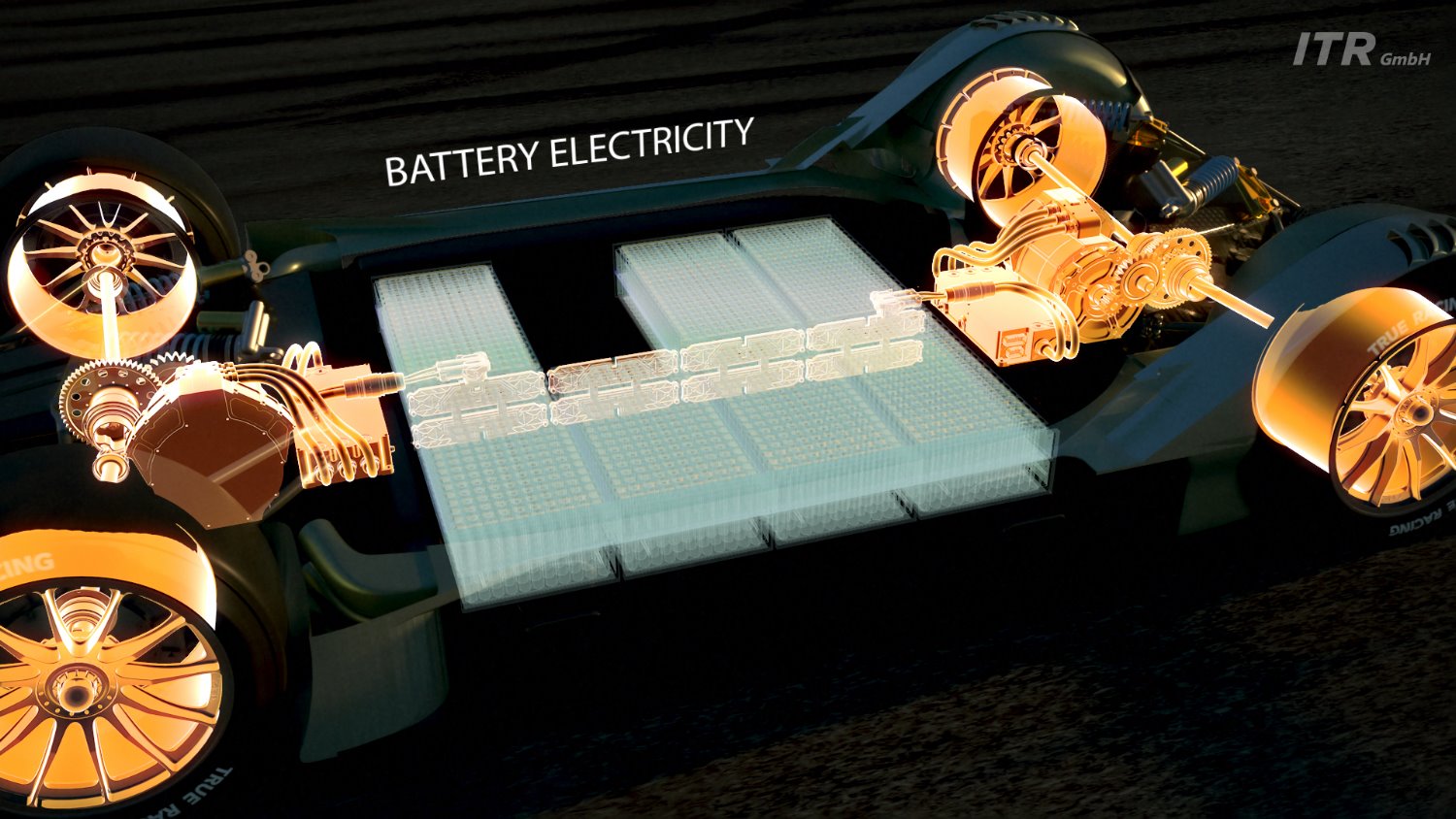 For 35 years, the DTM has thrilled millions of fans across the world, and has become Europe’s premium Touring Car series, developing the touring car template to its most extreme. Today’s cars are far from production-spec, constructed from carbon-fiber, equipped with state-of-the-art aerodynamics and fitted with powerful 600bhp turbo-charged engines.

Now, ITR has turned its focus towards creating a visionary new electric-drive series, which could run alongside DTM, providing manufacturers with an unprecedented opportunity to design and develop its own high-performance electric vehicles of the future.

Pit-stops would also be revolutionary: large industrial robots would not only replace all four wheels, they would also remove and replace the battery pack or hydrogen tank located in the car’s underbody. Over the course of a 40-minute race, each car would require a mandatory stop for fresh power.

With a high-performance electric powertrain, these futuristic race cars would be capable of power outputs exceeding 1000bhp for brief periods of time, and of achieving top speeds in excess of 300kph (185mph).

Series could co-exist alongside DTM

“This is a courageous and innovative concept", said ITR Chairman Gerhard Berger. “You have to look far ahead if you want to shape the future of motor sports and offer racing with alternative drive systems that inspires the fans. It is obvious that manufacturers who want to become involved in motorsport are increasingly focusing on alternative drive concepts."

In 2019, the DTM introduced efficient, high-performance four-cylinder turbo engines capable of 600bhp. The series has also begun trialling an environment-friendly high-performance fuel, and is looking at opportunities to introduce sustainable drive technologies – including the introduction of hybrid technology in 2022 – to the category.

ITR’s vision would see an all-electric series initially launched in a supporting role to the DTM, and is continuing to develop a more detailed feasibility study in concert with a number of key suppliers. Such a technology project could only really be made feasible via collaboration with a single-source supplier. This would ensure both technical parity and efficient cost controls, making sure costs were shared and that development was kept to a minimum.

The electric drive system – which uses electric motors, power electronics and a battery (BEV) or fuel cell – would be largely standardized, with some engineering freedom.

Despite a cost-conscious standardized power unit, the series would prove attractive to manufacturers because they could enter cars that resemble their road-going models – an option that current all-electric race series doesn’t currently permit. With high power outputs (1,000bhp available on demand) and top speeds exceeding 300kph, cars would also provide manufacturers with the ideal conditions to explore and develop their own high-performance road cars.

Cars would incorporate the batteries and hydrogen tanks within the carbon-fiber monocoque – most likely in the underbody, where weight distribution would be optimal – with the option for quick removal and replacement during pit-stops.

Pathway to the future

The introduction of such a huge project would primarily depend on three factors:

It makes eminent sense to partner the series with DTM: the championship has established a strong foothold in the European market, and has successful marketing, sponsorship and broadcast deals across the continent.

“The DTM is a professional, international motor sports platform for vehicles with a clear connection to series models," Berger added. “It has existed for more than 30 years, is highly popular and has strong traditions."

ITR’s vision represents a quantum leap for motorsport; one that involves significant technical and organisational challenge and opportunity. The racing series outlined today would function as a testing ground for manufacturers, as well as a development accelerator for technologies relevant to production cars. The time is right, and the appetite is there to make that change.

“You have to look far ahead if you want to shape the future of the sport," said Berger. “Although hybrid and electric vehicles have established a foothold in the market, I think that a truly new and inspiring concept has been lacking up until now. In addition to millions of motorsport fans worldwide, we’re now talking with a large number of automotive companies and suppliers who would like to become more involved in motorsport. With this project, we want to demonstrate that we’re open to what the future holds and that we have something new to offer the world’s manufacturers."