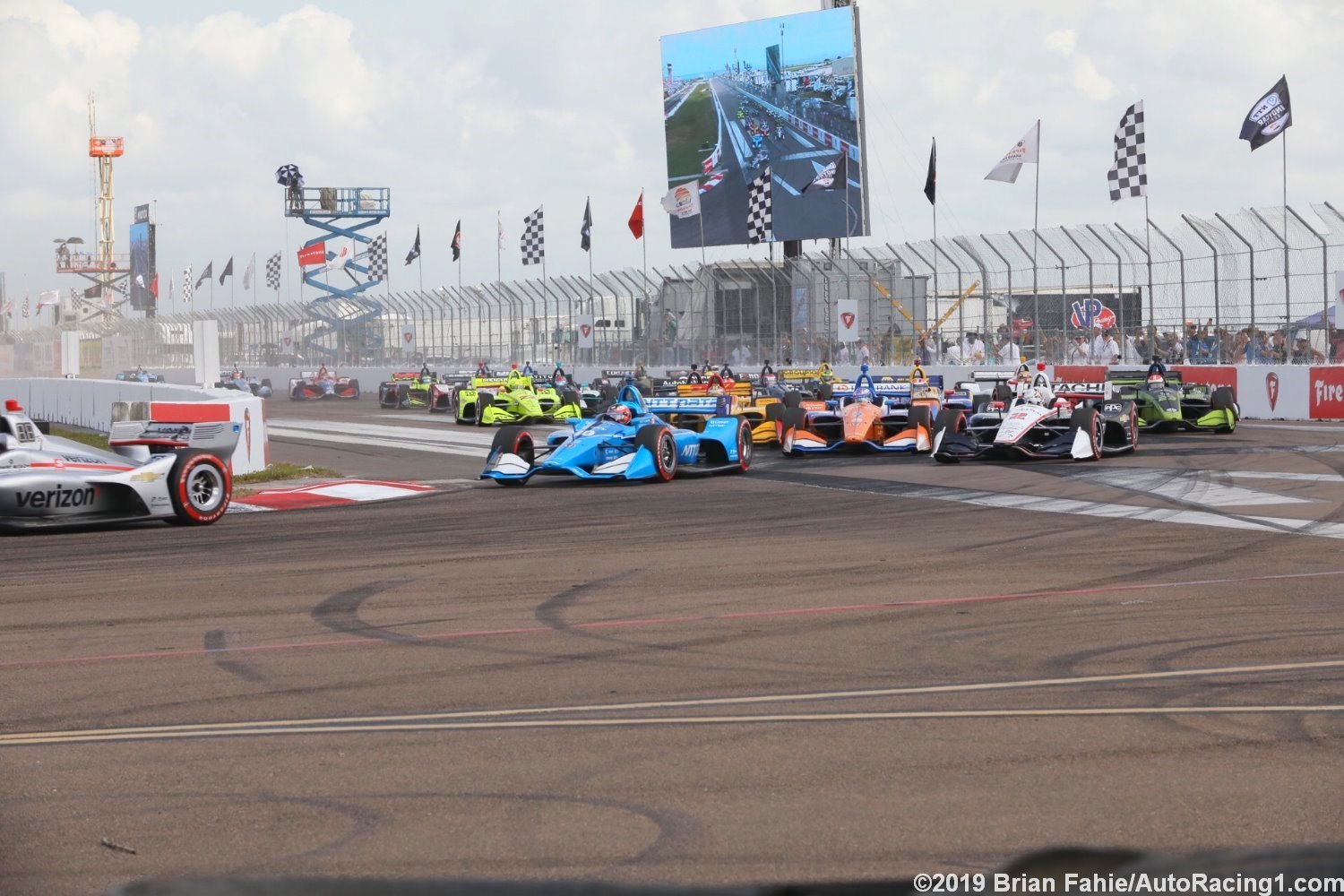 Three-day tickets to the 2020 Firestone Grand Prix of St. Petersburg are now on sale to the public. The 16th annual event is set for March 13-15, 2020, in downtown St. Petersburg and runs on the picturesque 1.8-mile, 14-turn temporary waterfront street circuit featuring spectacular fan sight lines.

Tickets are available online at gpstpete.com or by phone at 1-888-476-4479 with pricing starting at $115 for reserved 3-Day Grandstand seats and $60 for 3-Day General Admission. Junior pricing is also available for those fans ages 12 and under. Pit Access and Firestone Paddock Passes can also be purchased. Single-Day tickets will be released for sale in early 2020.

"Just say ‘Grand Prix’ and most everyone around the Tampa and St. Pete area knows what that means. The Firestone Grand Prix of St. Petersburg is a highly coveted annual tradition thanks to our partners at Firestone, City of St. Petersburg, and the NTT IndyCar Series especially working with our team to make it a world-class event," said Kim Green, co-owner, chairman and CEO of Green Savoree Racing Promotions, organizers of the Firestone Grand Prix of St. Petersburg. “We’ll have even more racing featured in 2020, and visiting St. Pete doesn’t disappoint with its great restaurants and shops also open throughout the Grand Prix weekend."

Available for a limited time and quantity for $75, the Champions Club membership offers unprecedented event access and an upgraded weekend experience. Its new features include opportunities to sign a trackside barrier block and a photograph with the winner’s trophy. These members can attend the official IndyCar drivers’ meeting on race day morning, get up close to the Indy cars and drivers with a complimentary Firestone Paddock Pass, and participate in Sunday’s pre-race grid walk. Additional benefits are a credential with lanyard, savings offers on official event merchandise, a chance to win a two-seater Indy car ride on the track, and other surprises to be revealed leading up to the event.

For ticket pricing, seating and event information and updates, visit gpstpete.com or follow Firestone Grand Prix of St. Petersburg on social media using #FirestoneGP. The complete racing and activities schedule will be released in early 2020.