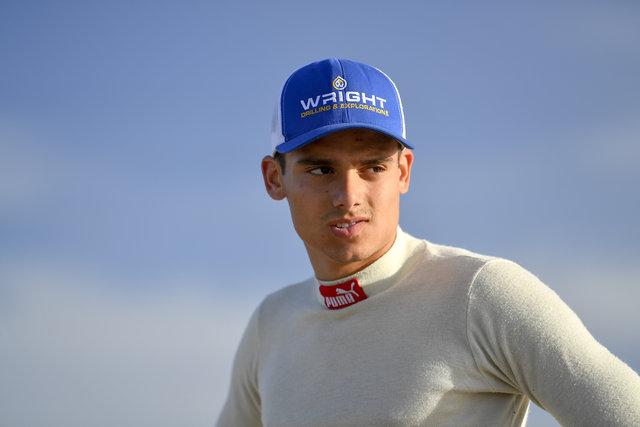 The 2019 Formula 4 United States Championship Powered by Honda title holder Joshua Car confirmed his 2020 season plans during the United States Grand Prix at Circuit of The Americas on Saturday. In front of a crowd of sponsors and supporters from around the world, Car announced that he will make a full 2020 F3 Americas Championship Powered by Honda campaign with Crosslink Competition.

“I am super excited to enter F3 Americas next season," said Car. “I’ve been extremely fortunate to receive all these opportunities from Patrick Flynn and the Crosslink team from go karts to F4 and now F3. This is a dream come true to me and I want to make work as much as I can."

Crosslink Competition added a special surprise to the presentation. Waiting in anticipation, the Dallas-based team peeled back the cover to unveil the Ligier JS F3 chassis equipped with the 303-horsepower Honda CivicÂ® Type-RÂ® turbocharged K20C1 motor, a set of Hankook Tires and the first North American application of a race car Halo that Car received as part of his scholarship package for winning the F4 U.S. championship.

The Australian native was awestruck as the same canary yellow No. 9 Wright Drilling & Exploration Oil & Gas Partner Opportunities livery that he sported in F4 was replicated for his 2020 F3 Americas chassis.

“It is very exciting to move onto F3 with Josh," said Crosslink Competition team principal Patrick Flynn. “Being the F4 champions it’s the natural progression and we are grateful for the opportunity that SCCA Pro Racing has given us with the added support going forward. We are ready as a team to be competitive. We wouldn’t do this without Joshua He is the main motivation for us to expand our program. He started in karts with us and lives with us while in the states. He’s part of our family and is a perfect fit for us as a racing team."

F3 Americas aligns with the global FIA development ladder philosophy of using common components to provide a cost-efficient, reliable and powerful racing structure as drivers ascend through the levels on their way to U.S. or global racing success. The F3 Americas package meets the FIA price-cap of $134,000 and the top-nine drivers entered in the championship also receive FIA Super License points to aid in their racing career advancement.

The full 2020 F3 Americas scheduled will be announced in the upcoming weeks. For more information, visit F3Americas.com.