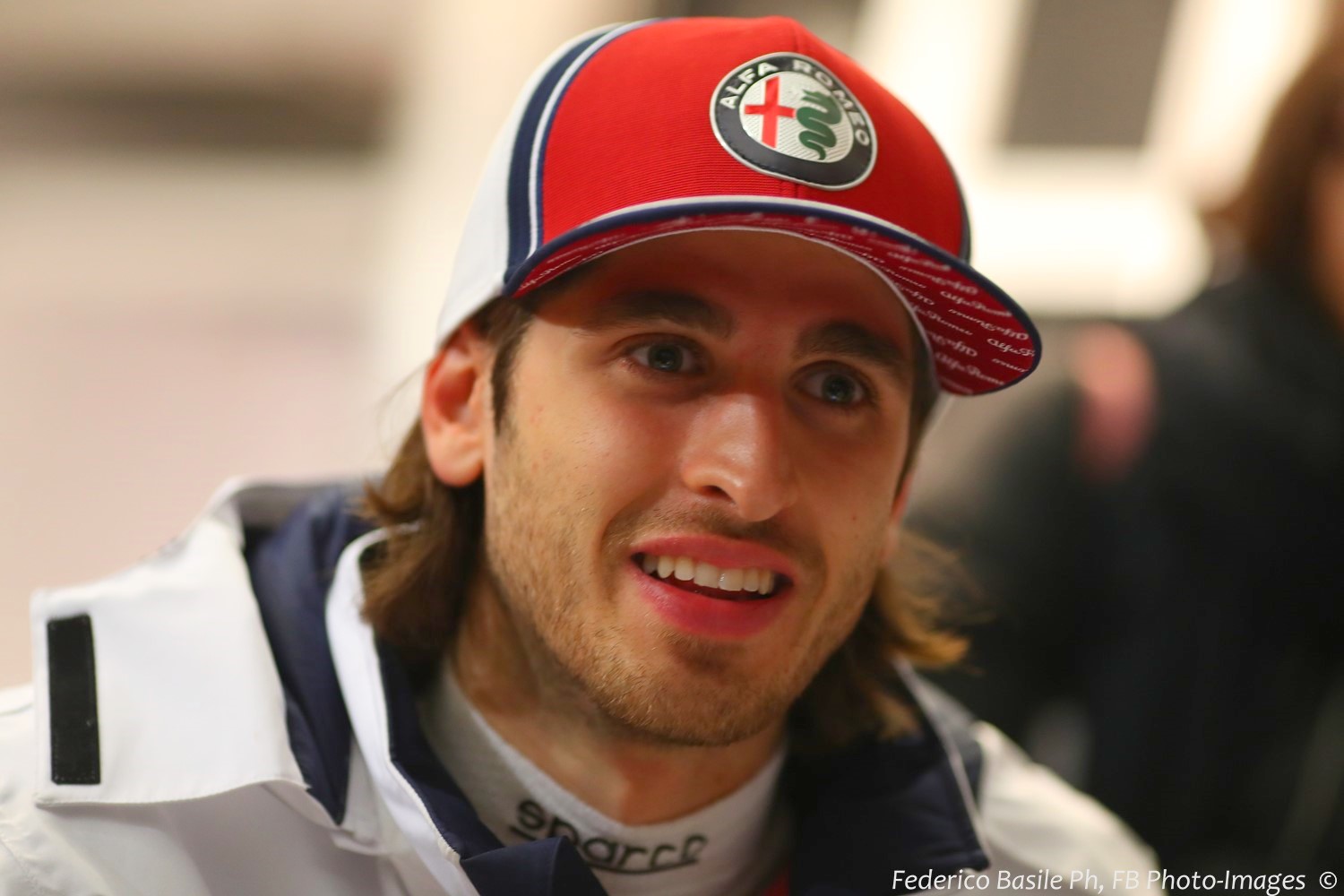 Alfa Romeo Racing will extend its relationship with Antonio Giovinazzi into the 2020 Formula One World Championship. The Italian driver, 25, will compete in his second full season with the team that gave him his debut in the sport in 2017.

Mature, enthusiastic and talented, Antonio impressed the team with his rate of improvement and positive attitude. The Italian, the first driver from his country to compete in F1 for a full season since 2011, worked extremely hard to return to racing after two years of mostly simulator work: he displayed an impressive capacity to adapt and learn, providing the engineers with useful feedback on the team’s C38 car and quickly regaining the racecraft that helped him to the runner-up spot in the 2016 GP2 Series.

After scoring his first-ever Formula One points at the Austrian Grand Prix, Antonio has now established himself as a competitive driver, matching his experienced team-mate Kimi Raikkonen.

Antonio Giovinazzi (car number 99): “I am very happy to be staying with the team for 2020. I am grateful for the incredible level of support I received in my first full season in Formula One: everyone in the team has stuck by my side since I joined and I am really looking forward to continuing our journey together. We learned a lot this year and I am confident we can make a big step forward next season. I won’t be a rookie anymore so there won’t be any excuses for me: I want to be competitive right from the start of the championship and repay the confidence the team has shown in me."

Frederic Vasseur, Team Principal of Alfa Romeo Racing and CEO of Sauber Motorsport AG: “Antonio has done really well this year and I am extremely pleased to be able to confirm he will stay with Alfa Romeo Racing for 2020. The way he has integrated into the team and has consistently improved throughout his first full season in the sport are very promising and we cannot wait to unlock his full potential as we continue to work together. Antonio has emerged as a very quick driver, even alongside as tough a benchmark as Kimi, and we expect him to develop even further as his experience grows. His technical feedback, work ethics and positive approach will help us continue to push our team forward, and so will the consistency of an unchanged line-up for next season."