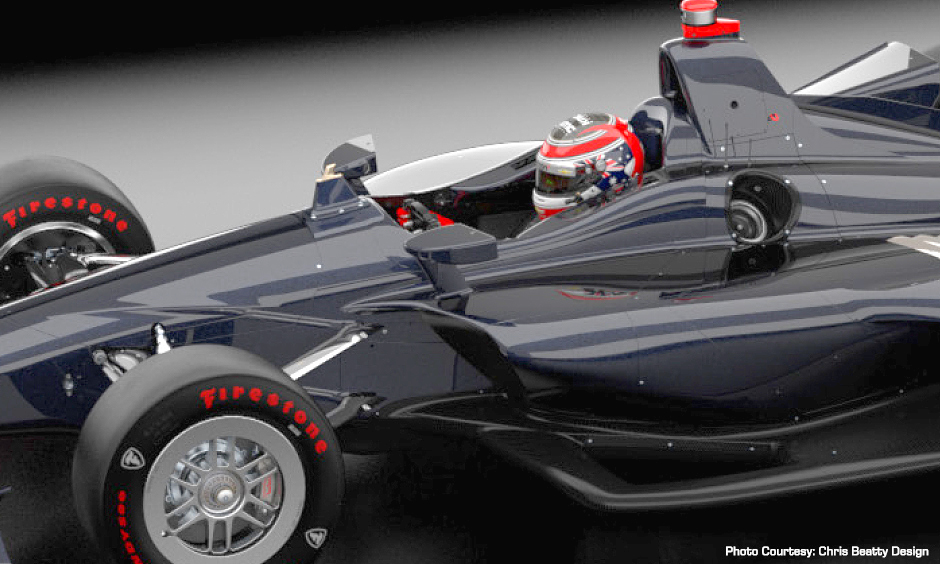 Following the lead in safety enhancements set forth by its sanctioning body INDYCAR for the NTT IndyCar Series, Andersen Promotions today announced that all three levels of the Road to Indy Presented by Cooper Tires will be required to employ a Cockpit Frontal Protection (CFP) device for the 2020 season with additional enhancements expected in the coming years.

Designed to deflect debris away from the driver, the CFP – which was first utilized in 2019 by the NTT IndyCar Series at the INDYCAR Grand Prix in May – will be positioned along the chassis centerline in front of the cockpit. Installations will begin immediately with a mandate for the 2020 season.

“This is expected to be the initial phase of cockpit safety updates," said Dan Andersen, Owner and CEO of Andersen Promotions. “We are closely following the evolution of the INDYCAR Aeroscreen, which is expected to drive the direction for the future. Safety is the highest priority and we appreciate both Dallara and Tatuus’ willingness to help us advance in this area."

The success of revitalization of the entire Road to Indy with new chassis introductions over the past few years was again apparent in the recent Chris Griffis Memorial Open Test at the Indianapolis Motor Speedway road course where many of the 44 drivers in attendance comfortably graduated to the next step on the ladder.

“The transition to this car felt seamless, but that’s what it’s designed to be," said USF2000 champion Braden Eves in his first outings with the Indy Pro 2000 PM-18. “Everything feels similar – the same steering wheel, the same pedals – you just have to get on the brakes more. The car is very similar mechanically but the braking and high-speed corners are different: you can go a lot harder. It’s really fun to drive, in the way that driving harder gets more time out of it."

“I love this car: it’s faster, with more grip than the USF2000 car and it just clicked with me straight away," said USF2000 vice champion Hunter McElrea. “There’s a lot more mechanical and aerodynamic grip, and more power, but that all exponentially goes up together. It’s the same (Tatuus) chassis, so I have my same steering wheel and seat so that makes the learning process shorter. The Road to Indy does a great job of making the steps in the right amount."

“It’s more of a transition from the PM-18 to the IL-15 than it was from the USF-17 to the PM-18, but it wasn't a huge step," said Danial Frost, a race winner in Indy Pro 2000 who turned his first laps in an Indy Lights car. “I've gained a lot of experience and racecraft this season in the PM-18 – that developed me as a driver and helped with the transition."

The Road to Indy will return to the track on December 11 and 12 with a test at Sebring International Raceway for Indy Lights, followed by its traditional Spring Training at Homestead-Miami Speedway for all three levels the weekend before the season-opener on the streets of St. Petersburg, Fla.