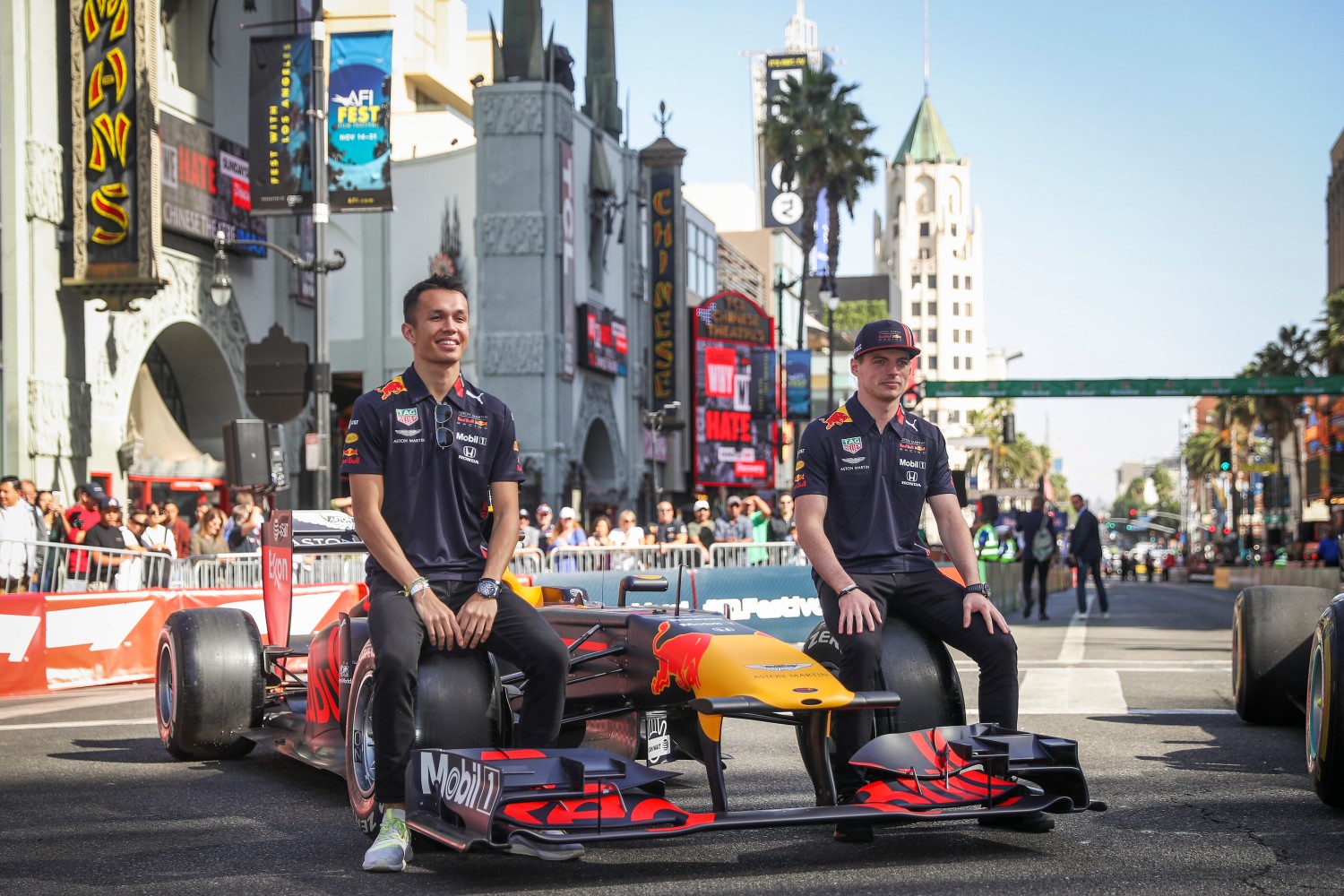 Daniel Ricciardo visited Los Angeles for the first time about five years ago after his cousin moved here, and the Renault driver quickly realised he felt right at home. He even bought a big house in the Hollywood hills last year.

Although Formula One keeps him in Europe for most of the year, the Australian star gets away to LA whenever he can.

“Immediately, it just resonated well with me," Ricciardo said while standing in the middle of Hollywood Boulevard, his ever-present grin even broader than usual.

“The weather. Having the beaches close by. I feel like you can escape the madness of it all, but you can easily slip into it. … There’s always something happening here. You never get bored."

"I feel like a kid in a candy store"

Ricciardo relished the chance to bring his sport to his home away from home on Wednesday when he joined Mercedes’ Valtteri Bottas and Red Bull Racing teammates Max Verstappen and Alexander Albon for Formula One’s Hollywood Festival.

The drivers showed off their F1 cars along a closed-off section of the famed boulevard in front of Grauman’s Chinese Theatre. They even did burnouts with Jimmy Kimmel outside the talk show host’s theatre.

The star-strewn sidewalks along the street were thronged with thousands of fans craning for a glimpse of the drivers whose sport has worldwide popularity, but makes a relatively small imprint on the lucrative U.S. market. With the United States Grand Prix in Texas this weekend, the drivers were eager to raise F1’s profile on the West Coast.

“F1 is popular all over the world except really America, but that’s just because they have a lot of other sports around here which are very popular, so it’s very hard to compete," said the 22-year-old Verstappen, who spent part of his summer holidays in Los Angeles this year.

“More races would help, or having an American driver."

Ricciardo and Verstappen see several reasons to think Formula One will get bigger stateside in upcoming years.

Along with the steady growth since 2016 of the American Haas F1 Team, the American owners of Formula One are attempting to add a second U.S.-based race in Miami. The race faces significant obstacles and local opposition ahead of its proposed 2021 start, but F1 CEO Chase Carey has said he is committed to pursuing it.

Formula One held a street course race in Long Beach, California, from 1976 to 1983. The United States Grand Prix West was popular among teams and fans, and its winners included Niki Lauda, Nelson Piquet, Gilles Villeneuve and Mario Andretti.

But the race eventually became too expensive to stage, and while rumours have circulated about F1’s interest in returning to Long Beach, nothing is imminent. Formula One’s lower profile in the U.S. actually benefits Ricciardo and Verstappen, who can enjoy their time away from the sport without worrying too much about privacy or unwanted attention.

Ricciardo enjoys mountain biking, hiking and going out to see bands at bars and clubs around Los Angeles without being mobbed by F1 fans. Those who do recognise him typically treat him with the calm reserve that LA locals usually give to the thousands of celebrities in their daily midst.

“Not that we’re on the level of an actor or anything like that, but if someone does recognise me, they’re very polite, but they also don’t make a big deal," he said.

“They’re like, ‘Hey, Ricciardo, cool that you’re here in my city!’ And that’s it. They’re not jumping on top of you, and you don’t feel mobbed. It’s a very natural process which makes you feel like you’re just living. Living the dream!" Fox Sports