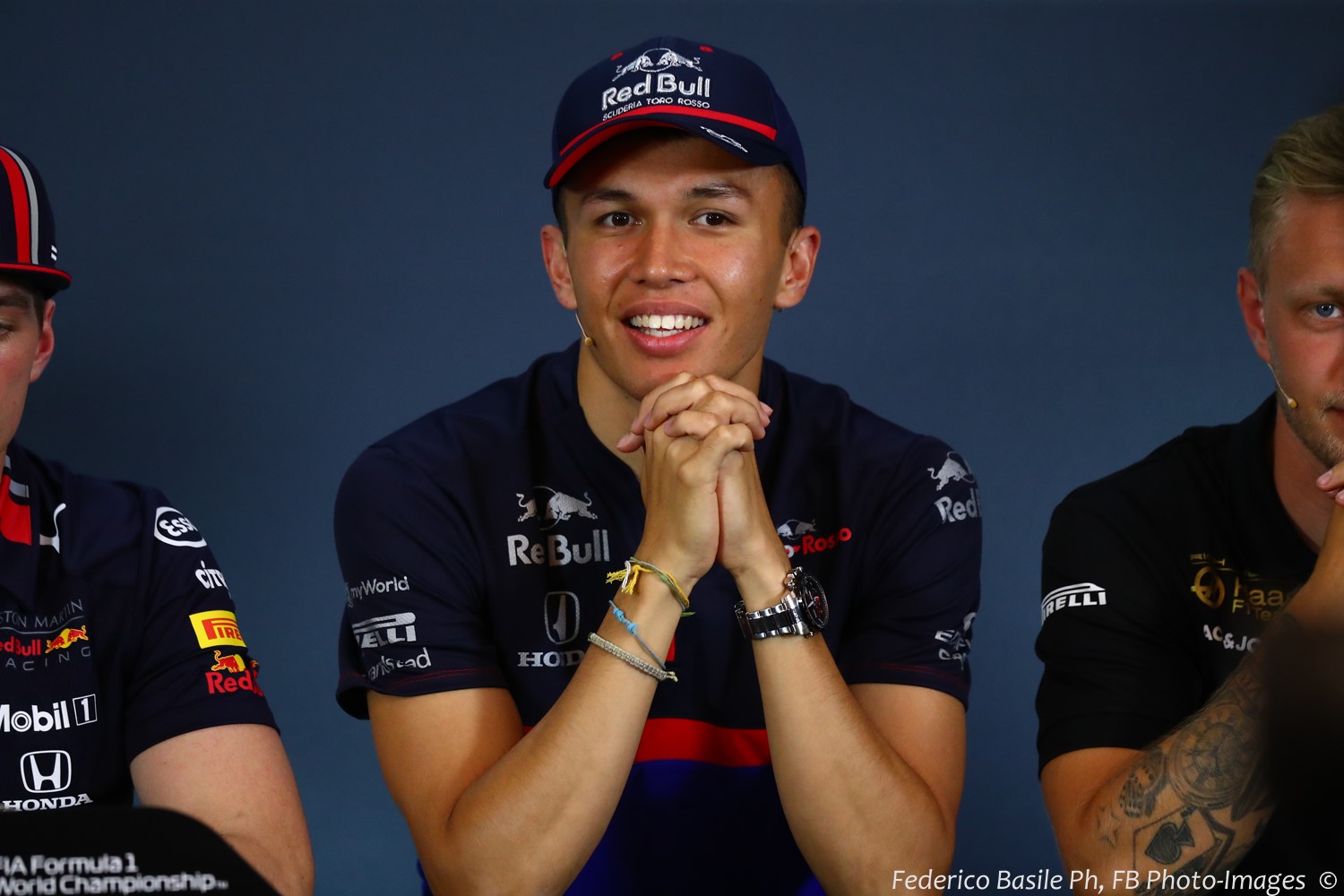 (GMM) As he pushes to keep his seat at Red Bull for 2020, Alex Albon has welcomed the support of world champion Lewis Hamilton.

In Mexico, Hamilton predicted a "bright future" for the British-born Thai rookie, who replaced Pierre Gasly at Red Bull after the summer break.

Red Bull bosses Christian Horner and Dr Helmut Marko are also backing the 23-year-old, but Marko has warned that Albon "crashes too often".

The outfit has said Albon as well as Gasly and Daniil Kvyat are all signed up for 2020, but which of them actually serves as Max Verstappen's teammate next year is not decided.

"Red Bull often spit drivers out pretty quick if they don't always do the job," Hamilton said. "I hope they're good to him."

Albon welcomed the support. "Of course," he said in Austin.

"It's very cool when a driver who I've followed for many years says something like that about you, but I also need to impress some others," Albon laughed.

The most influential of those 'others' is Marko.

When asked if he has spoken with the notorious Red Bull driver manager about his future, Albon answered: "Actually, no.

"There's nothing new to say. Helmut gives me advice because he knows what I should pay attention to and what I should work on. Ultimately he wants my results to be as good as possible."

So when asked if he is confident of being retained for 2020, Albon said: "Let's just say I'm pleased with how everything is going. Let's see if it's enough.

"Honestly, I don't think about it too much. I think I have a good chance of being in Formula 1 next year, either at Toro Rosso or Red Bull.

"Right now I want to focus on racing as much as possible, and we'll see how everything goes."

As for Marko's claim that he crashes too often, Albon said he will not be changing his approach in the final races of 2019.

"I don't think so. The main thing is to learn from your mistakes and become stronger, which I think is one of my strengths," he said.