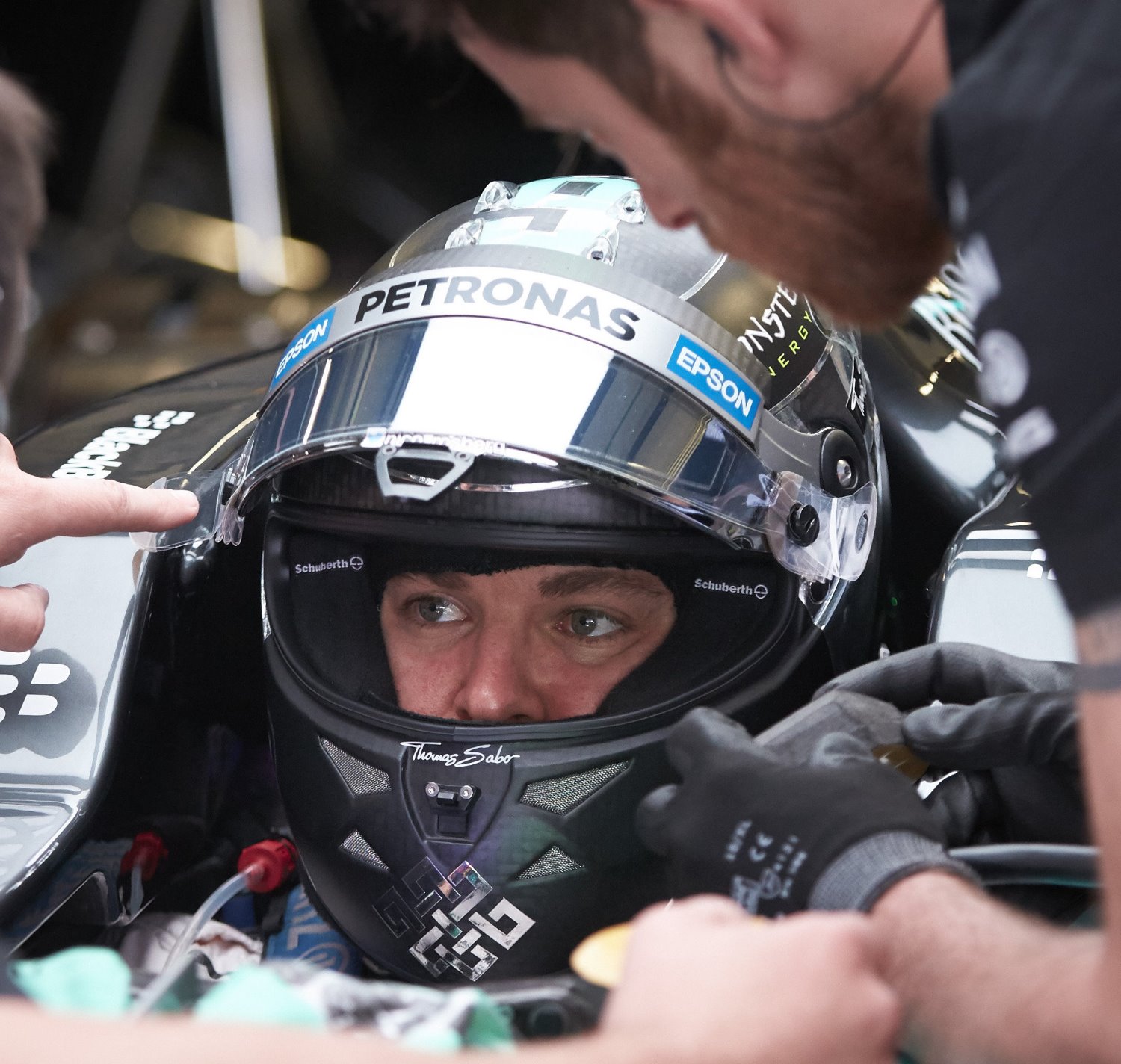 Despite their whining for the last two weeks AR1.com predicted that Mercedes, with their 100 HP advantage, would dominate the Russian GP at Sochi. So far that prediction is spot-on as Nico Rosberg, Lewis Hamilton and Valtteri Bottas qualified 1-2-3 Saturday.

The fastest non-Mercedes, was Sebastian Vettel in 4th who was a second per lap slower until his late run put him 8/10ths back from Rosberg. In other words they have no chance.

To rub salt in the wounds, the Mercedes drivers didn't even bother to go out for a final run, so confident no one could touch them. When you have a 100 HP advantage indeed no one can touch you.

Rosberg will start from pole position for the second race in a row after a dominant performance, comfortably outperforming title rival Lewis Hamilton.

Rosberg had the measure over Hamilton throughout the session, topping both Q1 and Q2 before going on to prove similarly impressive in Q3.

[adinserter name="GOOGLE AD"]Putting three tenths between himself and Hamilton with his first Q3 run, Rosberg's pole position would be assured when the championship leader out-braked himself and ran wide at turn 13 on his final effort, forcing him to abort the lap.

Rosberg goes into the race looking to make in-roads into the 48 point margin between himself and Hamilton with just five races to go.

Valtteri Bottas will start third for Williams, using his superior Mercedes power to get the better of the Ferraris of Sebastian Vettel – who also ran wide at turn 13 on his final lap – by less than a tenth, while Kimi Raikkonen rounds out the top five a further four tenths back.

The Mercedes-powered contingent didn't stop there, Force India will start from sixth and seventh, Nico Hulkenberg marginally getting the edge on Sergio Perez by four hundredths, while Romain Grosjean followed in eighth for Lotus also with Mercedes power.

Already destined to start his 250th grand prix from the back of the field after landing 35-positions worth of grid penalties for power unit changes, Fernando Alonso failed to make it past Q1 despite having another upgraded Honda engine. He was beaten by his teammate Jenson Button despite Button having the lower power Honda.