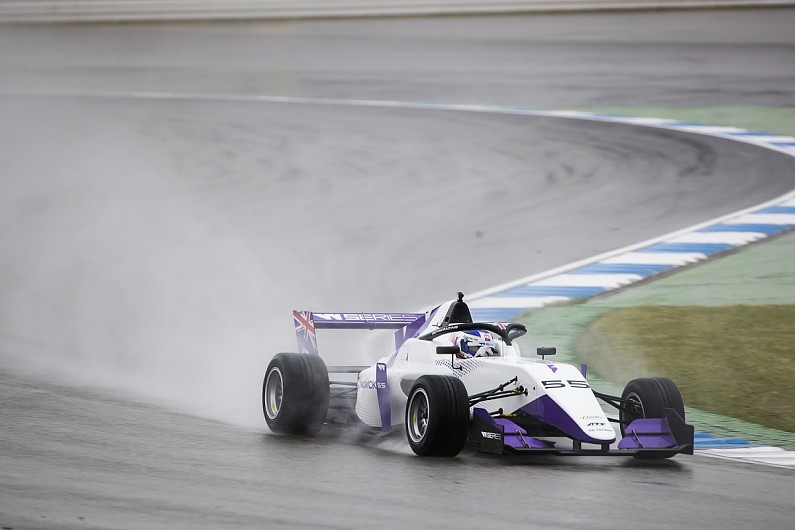 W Series, the new single-seater motor racing championship for female drivers only, hereby announces an initial list of six races, including exciting new fixtures at St Petersburg (Russia) and Anderstorp (Sweden), all six to be run in conjunction with W Series’ valued partner, DTM, and forming part of the 2020 W Series championship.

The initial six races are:

The W Series race at St Petersburg will be run on a newly built circuit called Igora Drive, measuring 2.539 miles (4.086km) in length, designed by the famous Formula 1 circuit designer Hermann Tilke. Anderstorp Raceway is coincidentally almost exactly the same length – 2.501 miles (4.025km) – but it is by contrast a historic circuit, having been built in 1968 and having hosted the Formula 1 Swedish Grand Prix from 1973 to 1978. It has also been used over the years by Grand Prix motorcycles and World Superbikes, European Touring Car Championship cars, World Touring Car Championship cars and FIA GT Championship cars.

W Series has announced it will no longer allow its champion to compete in the series the following year, meaning they will be unable to defend their title.

The rule change comes in for the 2020 season – W Series second season – meaning reigning champion Jamie Chadwick can compete next year, but should she win the championship again, she will not be eligible to return in 2021 – she would however become the only two-time W Series champion.

The rule change has been implemented following the decision to grant FIA Super Licence points, which stipulates that junior category championship-winning drivers must be ineligible to return next year.

W Series' Dave Ryan believes it would have been wrong to implement such a rule in the first season.

"We decided that, since the 2019 W Series season had been set up rigorously to address a specific need – namely to provide racing opportunities for a group of female drivers many of whose careers had hit the buffers owing to lack of opportunity rather than lack of talent – it would defeat the object of our ambition if we were to withhold from our first ever champion the chance to defend her crown.

"In a sense, in the absence of suitable race drives that a W Series champion’s prize money [US$500,000] would have made available, to do so would have been to punish her for her success," he said.

“We at W Series are thrilled to announce two exciting and important new countries in which W Series will race in 2020: Russia and Sweden.

“Our Swedish race, at Anderstorp, will take W Series to the Nordics for the first time, a region that’s home to our Finnish driver Emma Kimilainen, who was one of the stars of the 2019 W Series championship, winning at Assen [Netherlands] last year, as well as one of our new-for-2020 drivers, our recently announced Norwegian driver Ayla Agren.

“Our Russian race, at St Petersburg, will be the home fixture for the youngest driver in the 2020 W Series championship, 16-year-old Irina Sidorkova, from Petrozavodsk, which is also in Russia albeit 266 miles [428km] north-east of St Petersburg.

“We’ll announce the complete 2020 W Series championship calendar as and when we’ve finalized it."

“I don’t yet know a huge amount about the newly built St Petersburg circuit, having never been there before, but the DTM drivers who’ve visited it have been very complimentary about it, describing it as fast and technical, finishing with an exciting uphill final sector consisting of a series of quick-fire corners, a hairpin and a long straight.

“By contrast I know a lot about Anderstorp, having been a member of the McLaren Formula 1 team when we raced there in the 1970s. It was and still is an unusual circuit, containing several banked turns, including the very long 180-degree Karusell right-hander, and it often therefore delivered unpredictable results. For example, in 1976, the two six-wheeled Tyrrells of Jody Scheckter and Patrick Depailler finished first and second, having not looked like winning any other Formula 1 Grands Prix that year, which makes Anderstorp unique in having hosted a Formula 1 Grand Prix won by a six-wheeled car. And a couple of years later Niki Lauda won at Anderstorp in the spectacular Brabham-Alfa Romeo BT46B ‘fan car’, which dominated the 1978 Swedish Grand Prix but never raced in Formula 1 again, thereby winning its one and only Formula 1 Grand Prix.