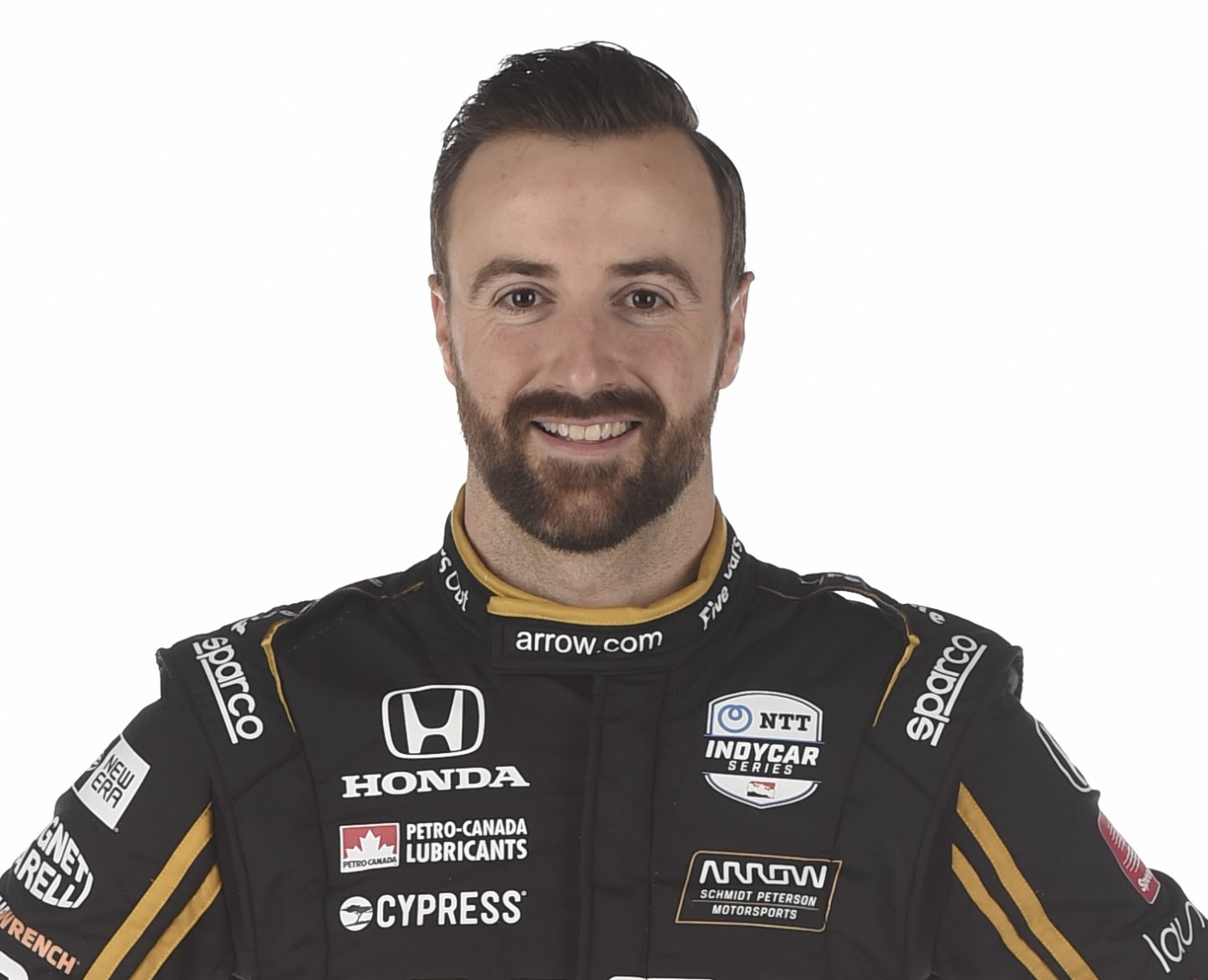 UPDATE On today's media teleconference Sam Schmidt confirmed that James Hinchcliffe remains under contract to Arrow McLaren Racing SP but will not be driving for the team in 2020. He also said the 31-year-old Canadian is free to negotiate a deal with another team in the NTT IndyCar Series.

He never said whether Hinchcliffe's deal with Honda is what made the team move him aside, but it likely is now that the Arrow McLaren SP team switched to Chevy.

Schmidt, who merged his Arrow Schmidt Peterson Motorsports team with McLaren with the new operation beginning competition next season, also said Robert Wickens remains part of the team as a “driver coach and consultant."

Schmidt also said Arrow McLaren Racing SP plans to enter a third car in next year’s Indianapolis 500, but there is no agreement or plan in place at this time for two-time Formula One World Champion Fernando Alonso to be in that car.

Should Wickens ever fully recover to resume racing, Schmidt said the No. 6 Chevrolet will be available to him to race.

“I think Robert continues to inspire and motivate and just amaze everybody on a daily basis," Schmidt said. “Because he’s continuing the program, he’s continuing to improve, he is a part of the team as a driver coaching consultant and will continue.

“And I think that’s one of the major assets we have that Oliver Askew was talking about in that he will be there at a majority of the races next year assisting these young guys to get acclimated as quick as they can.

“So he’s part of the team, but also he’s got a major focus on his rehabilitation and he’s hell bent on driving again and I wouldn’t bet against him."

After Marcus Ericsson lost his ride on the team, he was followed out the door so-to-speak by Hinchcliffe.

It was officially announced on Wednesday by the Arrow McLaren Racing SP that 20-year-old Pato O’Ward of Mexico and 22-year-old Oliver Askew of Jupiter, Florida would be the team’s drivers in 2020, replacing Hinchcliffe and Ericsson.

“I think Ric (Peterson, one of the owners of the race team) and I would say that this is one of the toughest decisions we have had to make since we have been team owners, because I personally have known James, Jeremy, Arlene, his brother Chris for 11 years and love him," Schmidt responded to a question posed to him by NBC Sports.com. “And I really appreciate what he’s done for the team, tremendous, tremendous investor in the sport and our brand and everything else.

“I’s a gut wrenching decision, but we were faced with an opportunity to pick up these two young guns coming out of Indy Lights that already have 13-, 14-, 15-years’ worth of experience and it was just an opportunity that we couldn’t pass up.

“Everything’s amicable, I have all the faith in the world that James is going to wind up in a full-time ride and Ric and I are fully supportive of that. It’s just a competitive environment and for our partners and everything else that we’re — everybody, it was a group decision, we got an opportunity in front of us, we got to take it, we want to go win races."

In theory, Hinchcliffe could sit back for a year and collect his paycheck from the team, but Schmidt doesn’t believe that will happen.

“What’s to stop him is the race driver within him," Schmidt said. “I think as Gil de Ferran (McLaren Sporting Director), myself, anybody else on the line that’s a driver, you want to drive, you want to prove, you want to win the Indy 500, you still got boxes to check.

“I have no doubt that he and his team are burning up the phone lines and talking with everybody out there, in any series but primarily Indy Car. He’s still young, he still wants to win races, so I think that’s what’s to stop him from doing it.

“Certainly, it’s his option, but I don’t think you’ll see him do that."

10/30/19 Arrow McLaren SP announced today that James Hinchcliffe has concluded his IndyCar racing duties with the team. The Canadian joined the team ahead of the 2015 season and scored three wins throughout his tenure with the team, while admirably leading the team through moments of huge adversity.

While James will cease racing for the team in 2020, he remains under contract with Arrow McLaren SP but is free to seek and secure alternative options.

“James has been a great ambassador for our team, and for the sport, over the last five years," commented Arrow McLaren SP co-owner, Sam Schmidt. “Our history dates back to his early days in Indy Lights and we’ve been on a tremendous journey together. Most impressive was James’s determination to come back after his accident in 2015. I have the utmost respect for James and would like to thank him for his hard work and accomplishments during that period and wish him well in his future endeavors.

“We recognize that James is a fiercely motivated and determined competitor, and we won’t hesitate to release him unconditionally to secure another drive, whether in IndyCar or another series."

“James’ passion for the team has been crucial in our development since he joined us in 2015," noted Arrow McLaren SP co-owner, Ric Peterson. “His perseverance and teamwork led us to three wins and an Indianapolis 500 pole position. James has been a big part of our growth over the last five years and I’d like to personally thank him for everything. On behalf of the entire team, we wish him all the best moving forward."