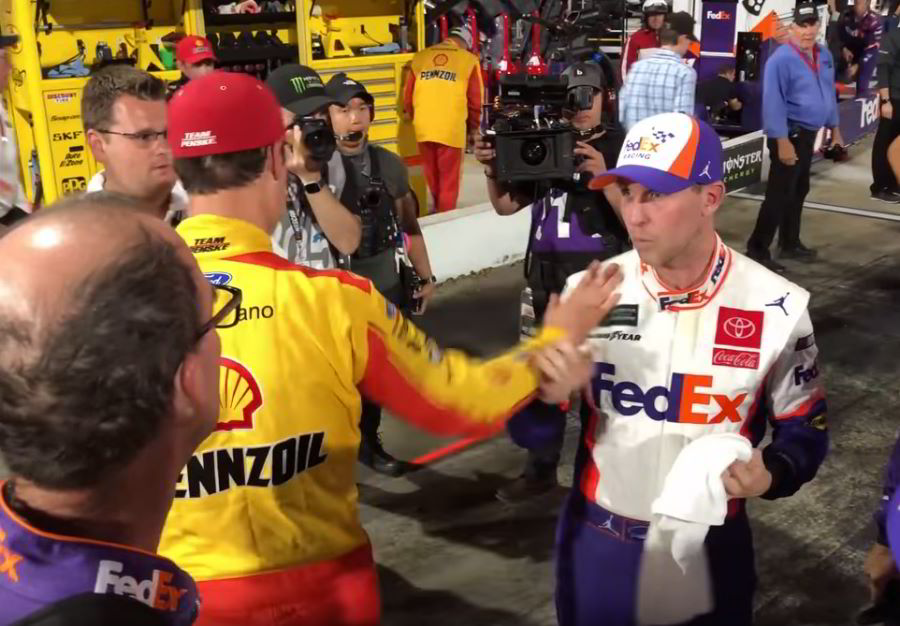 Joey Logano smacked Denny Hamlin's shoulder after Sunday's playoff race, setting off a tussle between the two teams. NASCAR Executive Vice President and Chief Racing Development Officer Steve O’Donnell hinted Monday morning on SiriusXM NASCAR Radio that a penalty was likely coming following a pit-road fracas between Joey Logano and Denny Hamlin that saw a crew member from the No. 22 team take Hamlin to the ground.

“We know emotions are going to run high, especially at this time of the season," O’Donnell said during his weekly morning appearance. “We don’t encourage it, but we know the drivers are going to address each other after the race when they have an incident. Then unfortunately, instead of breaking up a fight, I think what we saw was an aggressive move by a crew member. … I think in this case, you have a crew member who was maybe trying to break it up, but certainly an aggressive move we viewed on our part and unfortunately, we’ll probably have to take some action to address that today or tomorrow."