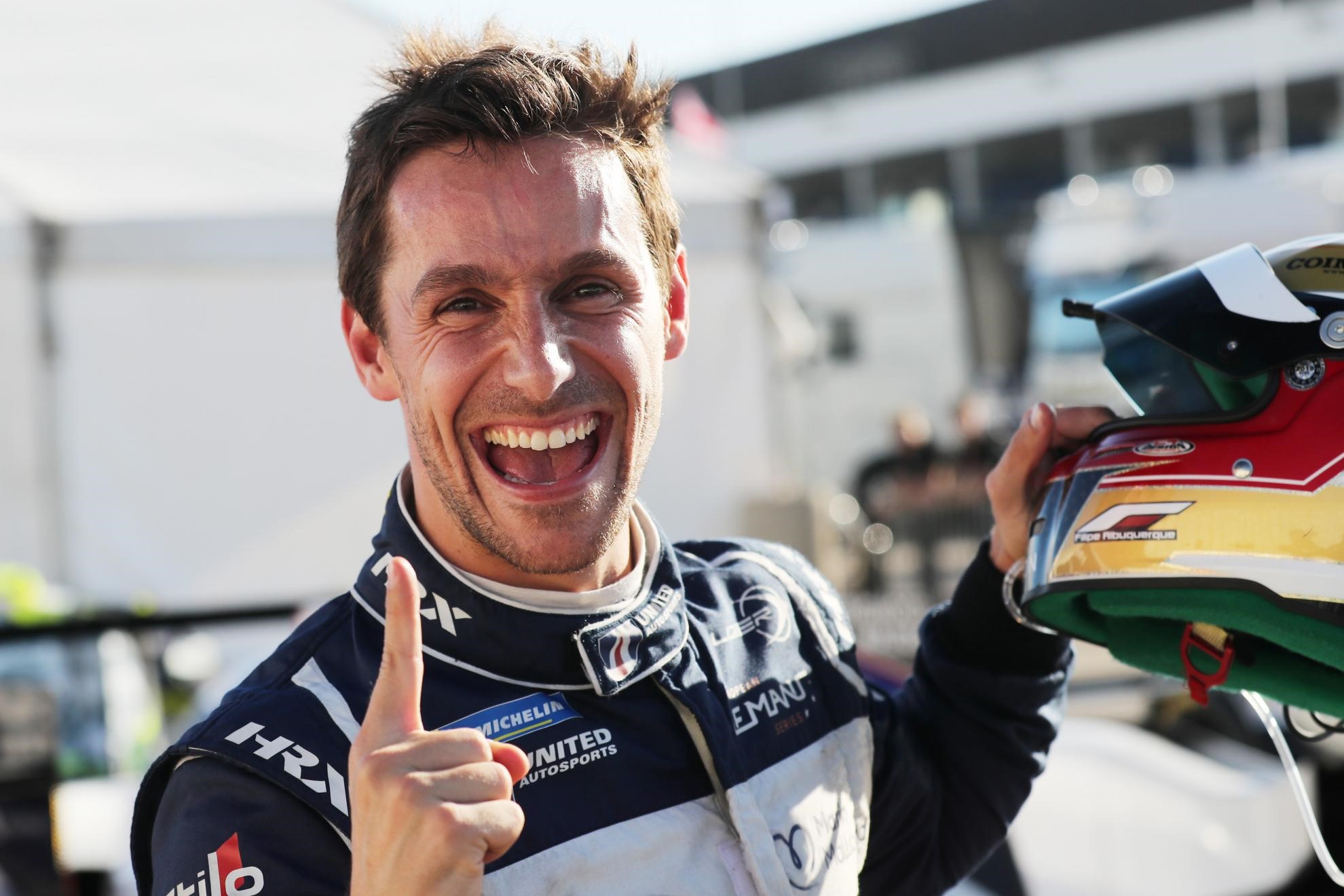 The No. 22 United Autosports Oreca-Gibson will start the 4 Hours of Portimao from pole position after local hero Filipe Albuquerque snatched pole position at the chequered flag by 0.068 seconds from Ben Hanley in the No. 21 Dragonspeed Oreca.

Albuquerque and teammate Phil Hanson won the last race in Belgium from pole position and will be hoping to emulate that result in Portugal at the final event of the 2019 European Le Mans Series season. The No. 22 Oreca lapped the Portimao track in 1m31.244 just slipping inside Hanley’s best time of 1m31.312

The No. 23 Panis Barthez Competition Oreca of Will Stevens heads up the second row, 0.175s behind the pole time, with the No. 32 United Autosports Oreca of Alex Brundle claiming the fourth spot on the grid, 0.6 seconds behind his teammate.

Championship contenders Idec Sport will head row 3 after Paul Loup Chatin lapped in 1m32.067 in the No. 28 Oreca, with championship leaders G-Drive Racing finishing the session in 8th place.

LMP3: Lucas Légeret secured a hat-trick of poles in 2019 as the Swiss driver put the No. 19 M Racing Norma at the head of the 13 strong LMP3 field for the 4 Hours of Portimao. Legeret posted a 1m39.913 on his first flying lap and then followed it with a 1m39.179, which proved to be the best of the 10-minute session.

Fellow Swiss driver David Droux put the No. 9 Realteam Racing Norma on the class front row finishing the session 0.281s behind the No. 19 Norma and pushing the No. 17 Ultimate Norma down to 3rd by just 0.036s after Matthieu Lahaye had challenged for pole early in the session.

Championship leaders Eurointernational will start on the second row with Mikkel Jensen posting the fourth fastest time, with his title rival Nigel Moore only able to post the ninth best time in the No. 13 Inter Europol Competition Ligier.

LMGTE: Matteo Cairoli scored the fourth pole position of the 2019 ELMS season for the No. 77 Dempsey-Proton Racing Porsche, the Italian heading a Porsche 1-2 in qualifying for the 4 Hours of Portimao. Cairoli’s time of 1m41.121 was 0.120s ahead of Thomas Preining in the No. 88 Proton Competition 911 RSR, with the No. 60 Kessel Racing Ferrari of Andrea Piccini third quickest just 0.012s behind Preining.