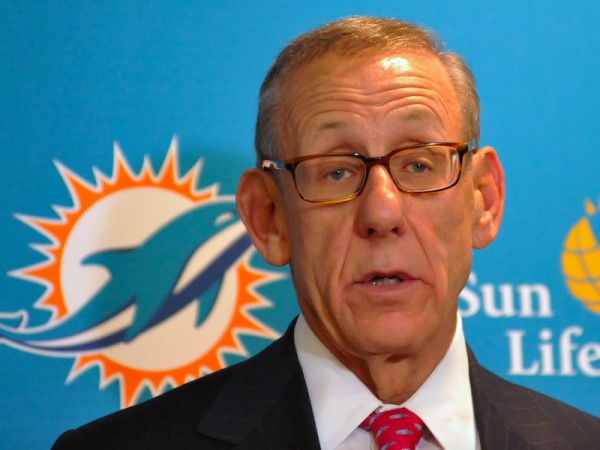 Formula 1 motor racing could be about to get new owners after US private equity firm CVC was understood to have agreed a price for the sale of its controlling stake in the $8.5 billion business.

Bernie Ecclestone, who runs the sport and owns a slice of Formula 1’s owner Delta Topco alongside CVC, told The Mail on Sunday that two bidders had agreed a price with CVC for its 35 per cent stake in the business. CVC’s stake comes with conditions which allow it to outvote other shareholders.

‘There are two people who want to buy,’ said Ecclestone. ‘Actually, two of the people have agreed the price. It’s just a question of whether CVC wants to sell or not.’

Interested parties are thought to include China Media Capital and RSE Ventures — the US group, headed by US billionaire Stephen Ross, which owns the Miami Dolphins football team.

CVC bought its stake in 2006 for $2billion, partly with a $965million loan from Royal Bank of Scotland. Over the past decade it has halved its stake to 35 per cent, but it has gained $4.4billion through share sales and profits from the business.

The possible sale of CVC’s stake in the business has long been suggested and RSE Ventures was last year said to be undertaking due diligence prior to raising funds to go ahead with a deal. CVC declined to comment. Daily Mail

(GMM) Bernie Ecclestone has admitted it is possible F1 owner CVC will sell the sport.

The Financial Times and Reuters are reporting that a company headed by American football club Miami Dolphins owner Stephen Ross, and backed by Qatar's sports investment arm, is preparing to launch a $8 billion takeover bid.

"My shares will be sold together with theirs," F1 supremo Ecclestone confirmed.

Amid all the talk about F1's dwindling popularity, CVC chief Donald Mackenzie attended the recent Austrian grand prix, and Ecclestone says he has also been approached by "three or four" potential bidders for the rights.

"I have no idea whether any of these people have got closer with this, but CVC are in the business of buying and selling companies," Ecclestone told the London newspaper The Times.

"They are very happy with F1 and Donald is not an enthusiastic seller, but their business is selling and everything has a price," he added.

The Financial Times clarified that a formal bid is yet to be launched, but it appears the plans would not involve ousting Ecclestone altogether.

"They (the bidders) believe he brings a lot to the sport and they can help expand it into the US and Chinese markets," a person close to the matter said.

The owner of the NFL Miami Dolphins "is teaming up with Qatar" to take control of F1, in a $7B-$8B deal that "could see the sport finally break into the US market," according to Moore, Massoudi, Kerr & Cotterill of the FINANCIAL TIMES. RSE Ventures, a company founded by the 75-year-old property and sports tycoon Stephen Ross, wants to buy 35.5% "of the holding company that owns F1 from Europe’s largest buyout group CVC Capital Partners." It is being backed by Qatar Sports Investments, which also owns Ligue 1 side Paris St. Germain.

Any deal would see F1 CEO Bernie Ecclestone "also sell his holding" of roughly 5%. He said, "My shares will be sold together with theirs." People close to the talks said that QSI "is believed to want to ultimately buy the whole of F1." Even if Ecclestone does sell his shareholding, a person close to the talks said that RSE "was keen to keep the 84-year-old involved and had discussed the idea with him."

RSE is believed "to be a few weeks away from a formal bid and in the diligence stage." CVC said that "it had not yet received a bid and declined to comment on the talks." Ecclestone said he was not yet aware of a "deal on the table." The FIA "has not yet received an application to approve the transaction."

Qatar believes that sport "is an essential long-term commodity, like property," and Ross’ team believes that F1 "could be commercialized further, especially in the US."

CVC "has controlled F1 for nearly 10 years, but has sold down its stake," most notably in '12 when it sold $1.6B of equity to BlackRock, Norges Bank and Waddell & Reed FT.com.

In London, Kevin Eason reported the details "emerge at a crucial time for F1, which is involved in a massive bout of navel-gazing over its future."

There will be "many hurdles to come, including the due diligence demanded of deals this size." There can be no doubt about F1's profitability, even at this "lean time; F1 has been CVC’s most successful acquisition," reaping an estimated Â£5B LONDON TIMES.

REUTERS reported a source said that Dieter Hahn, chairman of the supervisory board of German sports marketing media group Constantin Medien, "is also involved with the investment consortium." Reuters, however, could not "immediately verify what his precise involvement was." The source said, "The key to unlocking this deal is that under Bernie, F1 doesn't do much TV rights marketing. Hahn will help with that." Goldman Sachs is working with CVC on the deal, while JP Morgan is working with the buyside investors. REUTERS

06/23/15 Dolphins Owner Stephen Ross reportedly is "teaming up with Qatar to take control" of F1 in a US$7-8B deal. Ross' RSE Ventures wants to buy 35.5% of the racing series' holding company from CVC Capital Partners. The effort is being "backed by Qatar Sports Investments." QSI is "believed to want to ultimately buy the whole of F1." Any deal would see F1 CEO Bernie Ecclestone "also sell" his roughly 5% stake in the company. RSE is "believed to be a few weeks away from a formal bid." FT.com