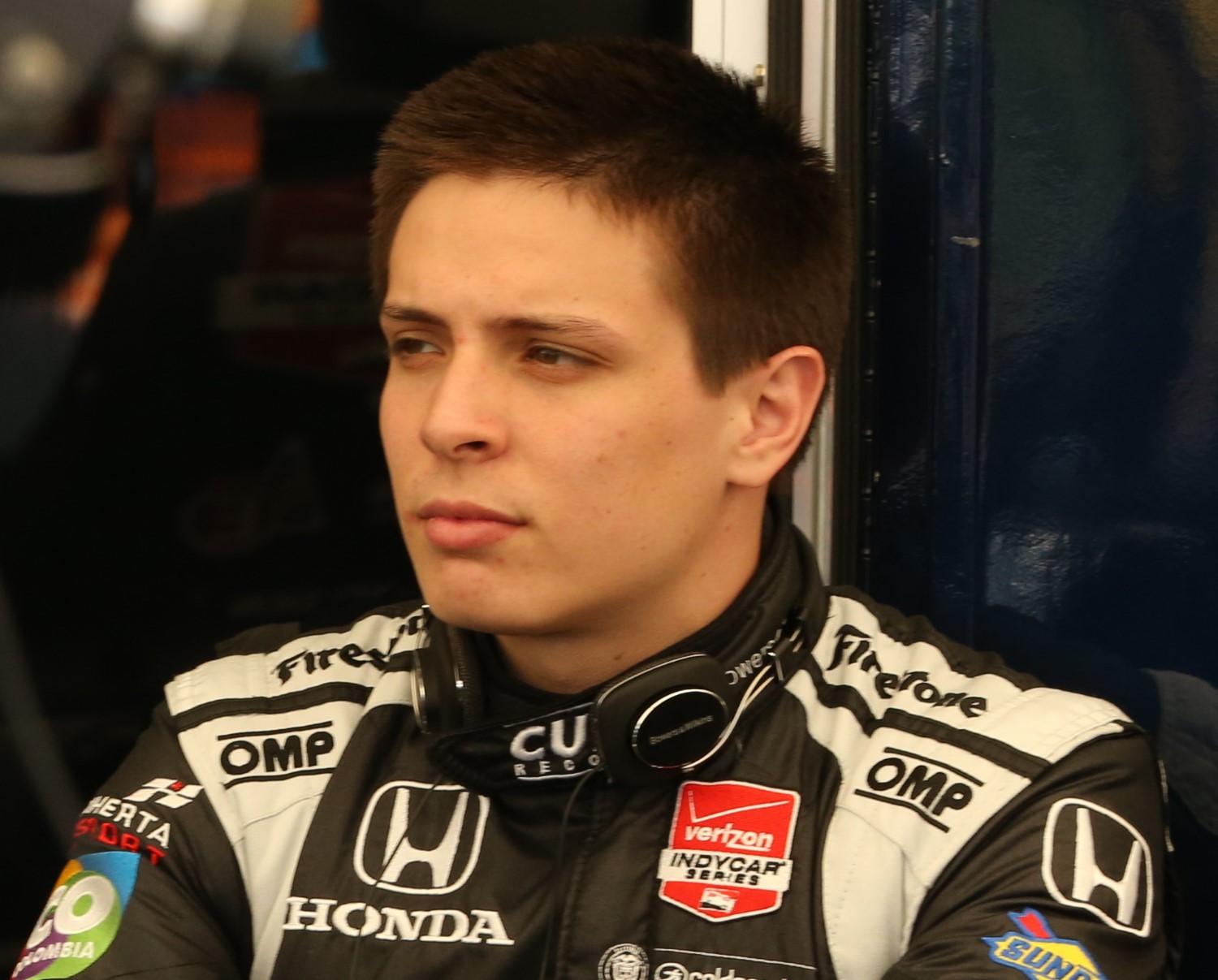 There has been speculation regarding the status of the #98 BHA w/Curb-Agajanian IndyCar seat, which was occupied last season by IndyCar Rookie of the Year Gabby Chaves. A few weeks ago, team owner Bryan Herta told Motorsport.com that “barring something crazy happening, I’m sticking with Gabby" for 2016. While Herta did note that the deal was not finalized the general tone seemed to be that the team was working towards continuing with Chaves. Fast forward to this weekend, and speculation arose on internet forums and social media that Chaves might not be back with the team.

From what we can tell this information seemed to originate via a series of tweets from Colombian racing journalist German Mejia Pinto. Of course, problematic for putting stock in Mejia Pinto's tweets is the fact they were all in Spanish. However, a translation of one tweet seemed to indicate that Coldeportes, the Colombian administrative department of sport, would be withdrawing their support of Colombian drivers such as Chaves, something we do not know for sure.

Also, the English translation of another tweet from Mejia Pinto mentioned the word "scam". "He tried to scam team Gabby Chaves. 4 M dollars vanished. Now there is no silver for the entire season," was the translation of the Tweet.

Of course, speculation on a suggested scam, or who scammed who based on the translation of a tweet would be a slippery slope. What would appear to be a reasonable assertion is that money which was earmarked to support Chaves' IndyCar effort has for whatever reason, been called into question.

As for Chaves, he hasn't confirmed or denied anything. He tweeted yesterday from @GabbyChaves: "Keeping my faith in every step I take and being grateful for what I have." The tweet was accompanied by a picture of Chaves in victory lane after the 2014 Freedom 100. So, make of that what you will.

AR1 also reached out to Bryan Herta Autosport seeking comment. As has been our experience, the good people at BHA got back to us in a very timely fashion. However, as was also expected, we were told the team did not want to disclose any information on its driver plans as of now.

Surely, more information will surface in the coming weeks. However, for now it seems that the funding which would have placed the promising Chaves back in the #98 Honda is in question. And we'll have to wait and see how it affects the make-up of the 2016 grid.