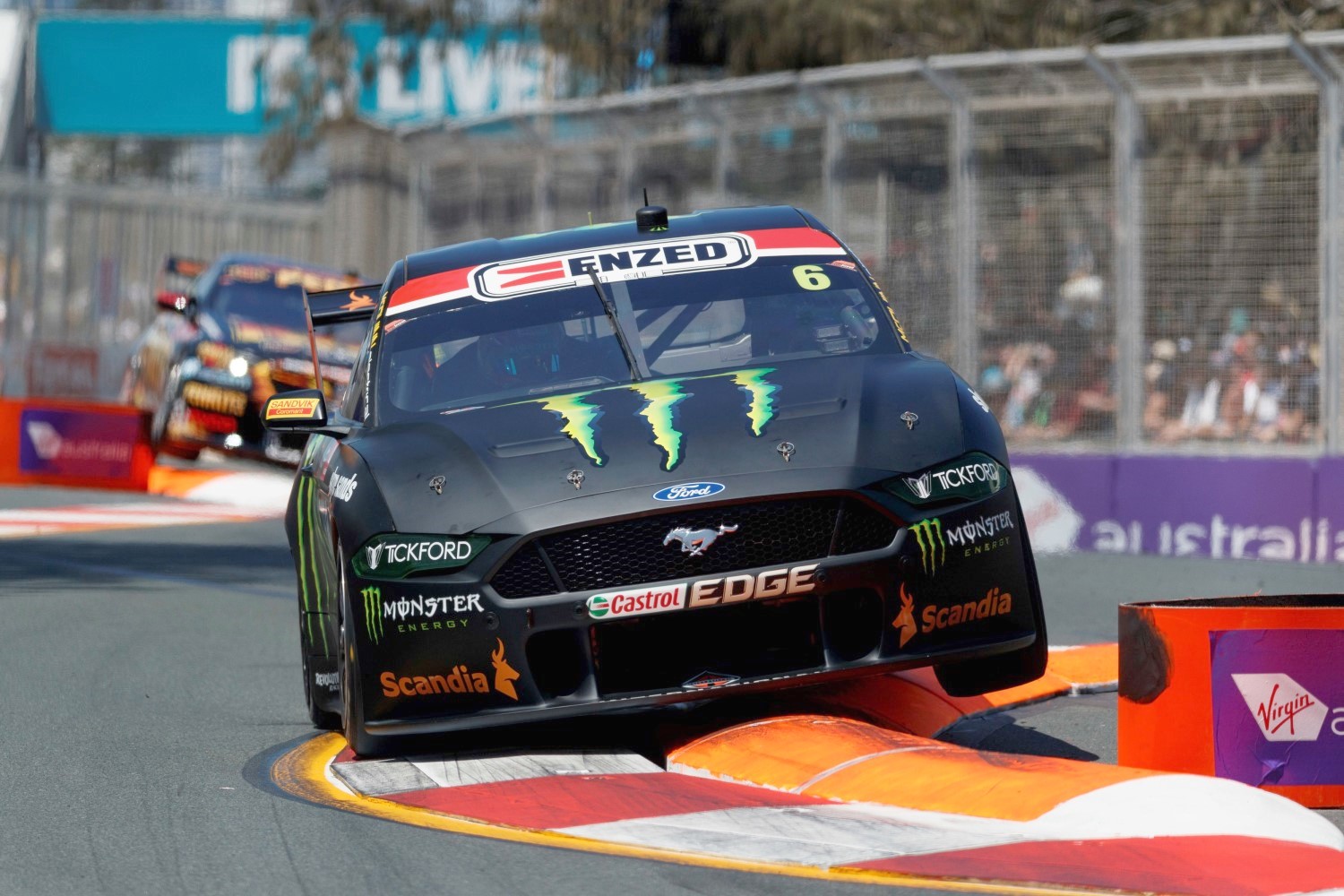 Cam Waters was the quickest driver in this afternoon’s third and final practice session for this weekend’s Vodafone Gold Coast 600.

Waters was fastest in the Monster Energy Mustang in a session that was disrupted by an excess of water on the Surfers Paradise street circuit, sending a group of drivers within millimeters of the concrete walls.

"We weren’t really running the best tires of the session then we put a good tire on. It’s more about me trusting the car to do its job," Waters said.

"It was a good lap – the car’s pretty comfortable to drive.

You’ve got to be on the limit here every lap – every lap I had the mirror pushed in so they might have to put a little spring on that to push that back out tomorrow."

The Red Bull Holden duo of Shane van Gisbergen and Jamie Whincup were second and third quickest this afternoon respectively ahead of the KISS Penrite Racing Commodore of David Reynolds.

"The second lap the tire was gone but I drove a bit better and then just losing the tire at the end of the lap so there’s probably a little bit in tuning that up," van Gisbergen said.

"I went down and watched in the practice and it was bloody impressive man – but it probably scared me, I didn’t want to get back in there."

The Mustangs of Lee Holdsworth and Chaz Mostert were fifth and sixth while runaway Championship leader Scott McLaughlin was seventh as he struggled to find a clean lap, penalized for hopping over the iconic street circuit curbs.

"Really happy with it but I had to tone my driving down a little bit, we actually did a way faster lap before that so I think we were right there which is the main thing," McLaughlin said.

"This track is unique so if you can take more curb, the faster you’re going to go around it. My car can take it which is nice, I’ve just got to drive it and I’ll be right."

Drivers will now prepare for tomorrow morning’s opening qualifying session of the weekend and the opening 300km race of the weekend.