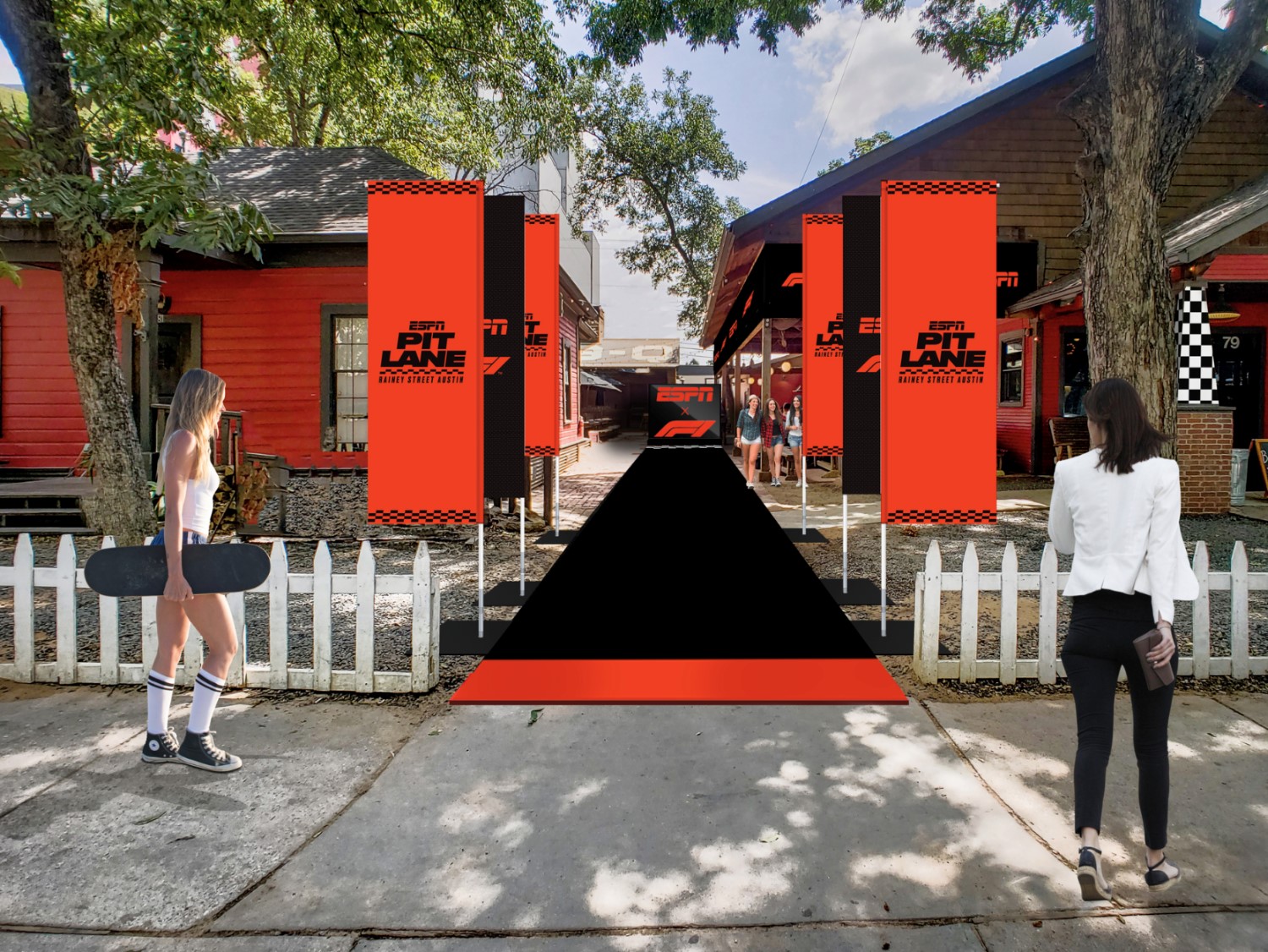 ESPN Pit Lane is open to the public and will take place at Banger's Sausage House and Beer Garden and feature live music and entertainment on Saturday, November 2nd from 12 p.m. to midnight CT.

Fuel your need for speed with specially curated racing games experiences, including a simulated F1 PS4 game station, slot car races, and live coverage of the Practice 3 and Qualifying race. See how the pros earn their stripes with an up-close view of an official Aston Martin Red Bull Formula 1 Car and Pixar’s life-size Lightning McQueen replica from the animated feature film Cars.

Buckle up for live performances from Austin legends Leopold and His Fiction, Mobley, and Black Pistol Fire. Throughout the day, fans can expect celebrity appearances from ESPN, Good Morning America, and KVUE-TV talent.