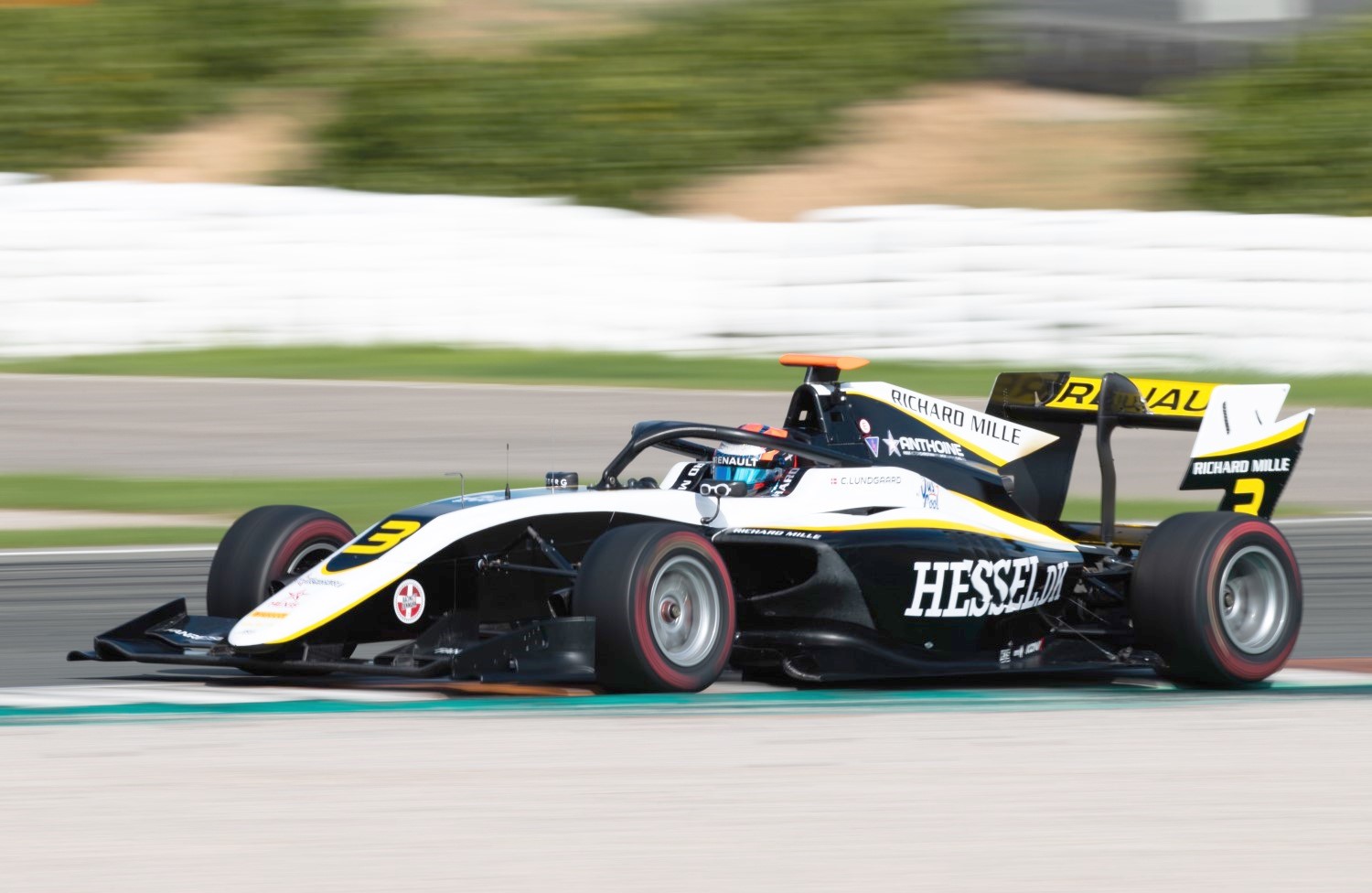 Christian Lundgaard was the quickest driver for the second day running in Valencia post-season testing, setting the fastest overall lap time in the morning session, ahead of MP Motorsport debutant Lorenzo Colombo.

Oscar Piastri was fastest in a slower afternoon session for PREMA Racing, but his time wouldn’t have made the top ten in the morning, as focus switched from quick laps to race simulations and long-runs.

The second day of post-season testing began in drier circumstances than the first, as 16 of the 30 racers headed out onto the Circuit de Valencia at the first opportunity. Amongst those to head out were debutants Enzo Fittipaldi, Dennis Hauger and Oliver Caldwell.

Clement Novalak initially topped the early risers, setting the benchmark at 1:26.053, but he was almost instantly displaced, as Sebastian Fernandez returned ART Grand Prix to the top of the table, taking the time down to 1:22.364 in his home country.

Yesterday’s fastest man, Lundgaard, then began a two-way tussle with Jack Doohan for first place, as the pair exchanged fastest times. The Australian looked like he was in control, before Lundgaard broke the 1m 21s barrier for the first time and stole a 0.331s advantage.

Sitting behind the Dane in the order was MP Motorsport’s Colombo, impressing in his second day of testing with the Dutch side. The Italian was one of a few drivers to attempt a better lap than Lundgaard, but none of them could match it. Yuki Tsunoda, again testing with Hitech Grand Prix, was another to try and fail, eventually lining up behind both Lundgaard and Colombo in the morning’s top three.

For many of the teams, attention switched towards the end of the session and they focused on getting miles under their belts. The likes of Simo Laaksonen and David Schumacher both banked more than 110 laps between them, having missed the first day.

The afternoon session began in similar fashion, as a number of teams opted for race simulations, ahead of fast lap times. Oliver Caldwell, debuting for Trident, was the first back out on track and ran round in 1:25.805.

Calan Williams, Yu Kanamaru and Dan Ticktum all took turns at the top of the order in the early stages, running at around the 1m 23s mark. The British racer was the first to break that barrier, but was quickly usurped by Tsunoda and shortly after, Doohan.

Formula Renault Eurocup leader, Piastri, gave PREMA Racing their first taste of P1 in testing, wrestling control from Tsunoda and Doohan, who had continued to exchange first and second.

Tsunoda briefly stole the spot back, but a flurry of late laps saw Piastri reclaim his advantage at the top of the table when they crossed the checkered flag, with a time of 1:21.679.

Lirim Zendeli, Billy Monger and Max Fewtrell will all return for the final day of testing tomorrow morning at 9am. At HWA RACELAB, there will be a debut appearance for Sophia Floersch, while Andreas Estner returns to F3 at Jenzer Motorsport.