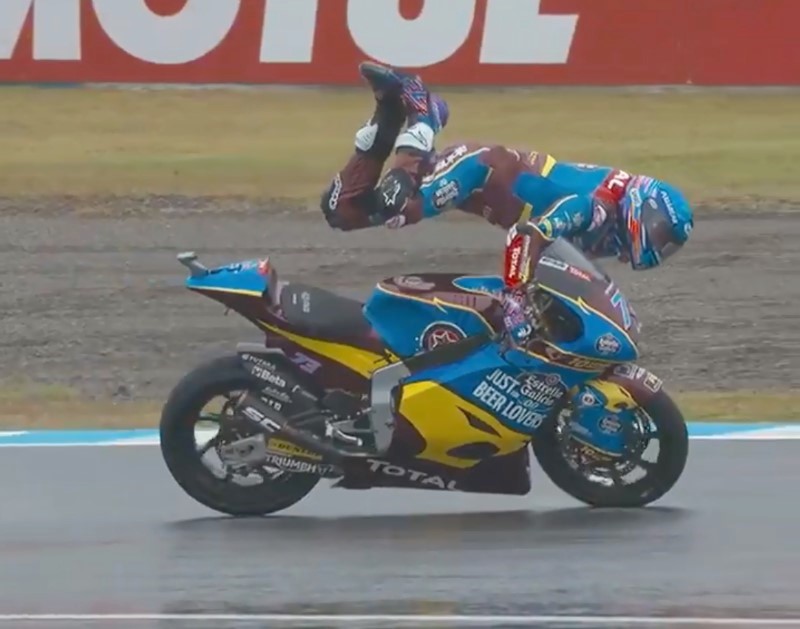 In one of the most remarkable moments we’re likely to witness in motorcycle racing this year, Alex Marquez recovered from a crazy-looking near-crash during a Moto2 practice session at Motegi.

The feat was described as “once in a lifetime" by Marquez’s older brother, Marc, who himself is a MotoGP champion.

The whole sequence is so impressive that it’s impossible not to watch the clip at least a few times. As the older Marquez brother said, “I’ve seen it 50 times and I’m not tired. These things happen once or twice in a lifetime. It has saved a possible injury. I wish I had seen his panicky face under the helmet."