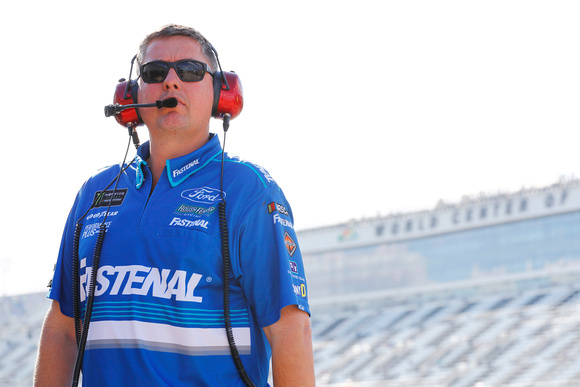 Veteran crew chief Brian Pattie will not return to the No. 17 Ford team next season, Roush Fenway Racing confirmed.

Pattie has been with the organization since 2016 and is in his third season working with Ricky Stenhouse Jr. and the No. 17 group. The news was first reported by SiriusXM NASCAR Radio.

Roush Fenway Racing announced Sept. 25 that Stenhouse would not return as the driver of the No. 17 Ford, vacating the seat he had occupied since 2013. The Jack Roush-owned team will field the No. 17 for Chris Buescher in the Monster Energy NASCAR Cup Series next season.

Wednesday, JTG Daugherty Racing announced that Stenhouse would join its two-car effort in 2020.

Pattie has six wins as a crew chief in NASCAR’s top division — three with Clint Bowyer at Michael Waltrip Racing in 2012, two with Stenhouse in 2017 and his first in 2010 with Juan Pablo Montoya during his time with Chip Ganassi Racing.

Pattie is also a 10-time winner as a crew chief in Xfinity Series competition.