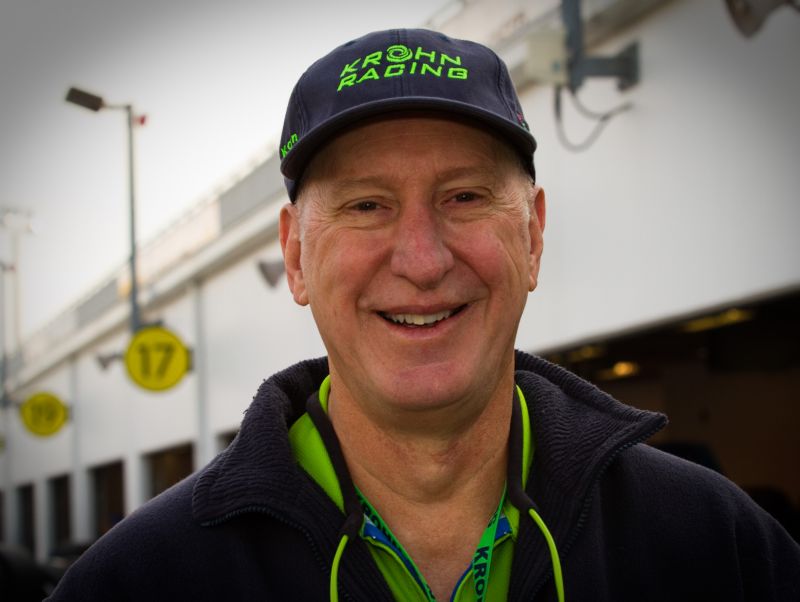 When the 24 Hours of Le Mans takes the green flag on June 13, it will fall on a truly global field of racers. If you're a casual fan from the U.S., you might not be that familiar with some of the top runners, since, for example, there's only one FIA World Endurance Championship race in America each year – at Circuit of The Americas in Texas – and that's the only chance we get to see the LM P1 cars, which are the fastest and most sophisticated in the Le Mans field.

Consequently, it's to be expected that many of us might not be familiar with, say, Russian driver Mark Shulzhitskiy in the No. 21 Nissan GT-R LM Nismo, or Austrian Dominik Kraihamer in the No. 13 Rebellion R-One-AER. But in the other three classes – LM P2, LM GTE Pro and LM GTE Am – there are quite a few American drivers that U.S. sports car fans should recognize, as well as some drivers who, while not from the U.S., have spent plenty of time here in the TUDOR United SportsCar Championship and elsewhere.

Following is a quick checklist:

LM P1: Pierre Kaffer – who regularly drives for Risi Competizione in the GT Le Mans (GTLM) class – is the only TUDOR Championship regular in the P1 field.

"In my opinion, all of the drivers from America from the TUDOR Championship will be real competitive here," Kaffer said. "For me, I’m disappointed that Risi Competizione is not here. But my LM P1 team, ByKolles, has all the new updates on the car. I’m getting goosebumps thinking of Saturday and the start of the 24 Hours."

Other occasional TUDOR Championship racers in the P1 field include Porsche teammates Earl Bamber and Nick Tandy, who make up two-thirds of the driver lineup in the No. 19 Porsche 919 Hybrid, and Olivier Pla, who is in the No. 23 Nissan GT-R LM Nismo. Tandy was a 2014 Rolex 24 At Daytona winner in the GTLM class, while Pla qualified on pole for the 2015 Mobil 1 Twelve Hours of Sebring.

[adinserter name="GOOGLE AD"]Scott Sharp co-owns the No. 30 ESM Rolling Stone-sponsored entry, who, like the car, is based in Florida. His teammate is Ryan Dalziel, who is almost an honorary American, living in Orlando. The third driver is David Heinemeier Hansson, from Denmark.

In the No. 31 car is Ed Brown, also a Floridian, and like Sharp, a team co-owner and a top executive at Tequila PatrÂ¢n. You’ll remember co-driver Jon Fogarty from his long stint in the GAINSCO Corvette DP, where his regular teammate was Alex Gurney, son of Dan Gurney. Their third driver is Johannes van Overbeek, who, like Gurney, lives in California. Despite the European-sounding name, he was born and raised in the U.S.

In the No. 40, team owner Tracy Krohn is a Texas oilman. Teammate Nic Jonsson is Swedish, and Joao Barbosa is from Portugal, but as a TUDOR Championship regular and defending Prototype titlist in the Action Express Corvette DP, he’s well known to U.S. fans.

The No. 29 Pegasus Racing Morgan-Nissan has David Cheng back; though born in Beijing, China, he holds a dual citizenship. He shares the car with Ho-Pin Tung (Dutch-Chinese) and Leo Roussel of France.

Finally, financier Mark Patterson, driver of the No. 48 Murphy ORECA 03R with Nissan power, is listed as a U.S. citizen, and he is – but the New York resident was born in South Africa. Before deciding to race overseas, he spent plenty of time racing in the U.S., mostly in the GRAND-AM series.

LM GTE Pro: By far the two best-known U.S. teams in any class are the No. 63 and 64 factory-backed Corvette Racing C7.Rs. The 63 has Jan Magnussen (Denmark), Antonio Garcia (Spain) and Ryan Briscoe (Australia) – the same GTLM class-winning lineup from the 2015 Rolex 24 At Daytona and Mobil 1 Twelve Hours of Sebring winning No. 3 Corvette C7.R – while the 64 car has Olivier Gavin (Great Britain), and Americans Tommy Milner and Jordan Taylor. Gavin and Milner co-drive the No. 4 Corvette in the TUDOR Championship, with Taylor a regular in the Wayne Taylor Racing Corvette DP with brother Ricky, where they are third in points.

"It’s always very exciting to return to Le Mans, remembering that I’ve won here twice," Fisichella said. "Le Mans is the most important race in the world. I like the atmosphere, and being on the top of the podium is a fantastic experience."

"I've won Le Mans once, but that was 11 years ago," Bergmeister said. "It's high time for another victory. Le Mans is the absolute highlight of the year and it’s particularly important for Porsche, of course, because of the history. We finished in second two years ago, so it’d be great if we could climb to the very top of the podium this time."

LM GTE Am: Two teams are flying the American flag: The No. 53 Riley Motorsport-TI Automotive Dodge Viper GTS-R, and the No. 62 Scuderia Corsa Ferrari 458 Italia.

[adinserter name="GOOGLE AD"]The Viper has team principal Ben Keating, the Texas auto dealer, and Marc Miller, a Continental Tire SportsCar Challenge regular, joining Dutch driver Jeroen Bleekemolen. In the Ferrari, it’s an all-American lineup, with Bill Sweedler and Jeff Segal joining Townsend Bell, who is coming off racing in the Indianapolis 500 followed by the Detroit Grand Prix with Sweedler in their TUDOR Championship GT Daytona (GTD) Ferrari, where they are second in points.

Though the No. 77 Dempsey-Proton Porsche 911 RSR is a German entry, two of its drivers are American: actor Patrick Dempsey, and Porsche stalwart Patrick Long, co-driving with Marco Seefried of Germany.