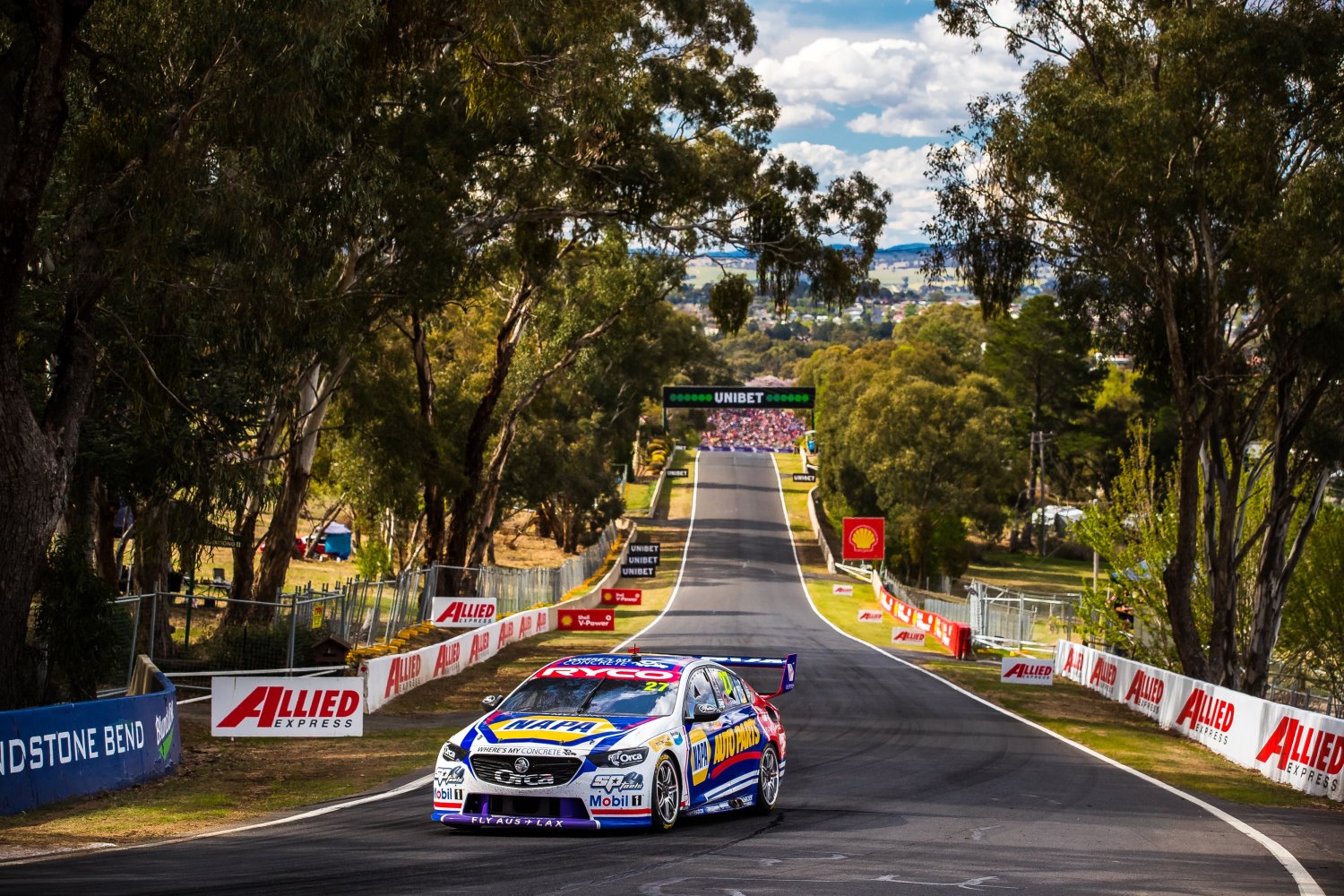 Taking place on the side of icon Mount Panorama in New South Wales, Australia, the Bathurst 1000 is widely regarded as the pinnacle of motorsport in Australia and is colloquially known as The Great Race among motorsport fans and media. The event serves as the flagship race of the Virgin Australia Supercars championship.

For the 2019 showing, Walkinshaw Andretti United welcomed the international pairing of NTT IndyCar Series drivers Alexander Rossi and James Hinchcliffe, co-piloting the No. 27 NAPA AUTO PARTS Holden Commodore in what was a baptism by fire.

The duo had a “mountain" of a challenge ahead of them with just a handful of practice sessions to learn a new car and driving style – and to familiarize themselves with the 23-turn circuit that boasts a 570-foot climb from lowest to highest points.

The 1000km race got off to a slow start, seeing a delay following an incident during the formation lap. Once back underway, Hinchcliffe executed a flawless standing start to begin the 161-lap event. By Lap 10 and mid-way through the pit window, the Canadian driver made his way into the top 10 (only because all the other cars in front of them had already pitted) before entering the pits. Hinchcliffe completed 22 laps before handing the wheel over to Rossi.

Rossi double-stinted, running 45 laps and working his way from 23rd to show as high as 12th (only because all the other cars in front of them had already pitted) . While in the seat, Rossi and the 27 NAPA team completed one of two mandatory brake pad changes and the required brake rotor change.

Hinchcliffe took control of the No. 27 again on lap 68 for a double stint before returning the wheel to Rossi to finish the race with 59 laps remaining.

Commanding the car for three stints to close the 1,000km race, Rossi set a new fast lap for the 27 team on Lap 133. The closing laps of the race saw drama and yellow flags from the field, and despite a late excursion into the gravel with three-laps remaining, Rossi brought the NAPA car home in 19th. If you consider what the duo had to adapt to over the weekend, it’s a credit to them and the determination of the NAPA AUTO PARTS team.

ALEXANDER ROSSI, NEVADA CITY, CALIFORNIA, USA
"We knew this would be a big challenge. We didn’t come into this with an arrogance that it would be easy. By the same token, we didn’t really come here to finish 19th either so we are a bit bummed about that. Nonetheless, we finished and we finished ahead of where we started so that’s a positive. I think that’s all we can ask for considering where we started the weekend. I think we both got very comfortable with the car throughout the race, and we consistently gained time through each session. The gap between us and the front I think has a lot to do with seat time and overall familiarity with the cars. But, thanks to the 27 crew for hanging in there and to the whole Walkinshaw Andretti United team for the support. It was a long, tough day for everyone. I think the big win of the weekend was introducing NAPA AUTO PARTS Australia to the WAU world and hopefully they had a great weekend with at The Mountain."

JAMES HINCHCLIFFE, TORONTO, ONTARIO, CANADA
"First ‘1000’ in the books – it was quite an experience all around. We had an okay start, but the first stint was honestly a real handful. The track conditions were quite a bit different than what we had pretty much all through practice with it being really cold and overcast and/or wet. So with the tack heating up, the balance wasn’t quite there. I was working a lot with the tools in the car, so struggled a little bit in that first stint to get things on the right track. Alex jumped in after that and we started to make some progress on the balance. Track grip started to come up with the rubber going down and he had a couple really good stints. I jumped back in and had a couple good stints. But one of the big challenges at that point though is once you’re a lap down, with the blue-flag rules here you loose so much lap time just trying to let the leaders go by. It’s an unfortunate reality, but if you don’t want to do it, don’t go a lap down. We tried to run our race and make as few mistakes as possible. We made a couple little ones, I think that’s to be expected. A lot of more experienced guys made even bigger mistakes than we did, so I think there’s a lot to be proud of from the whole team. It was a great opportunity. I can’t thank NAPA AUTO PARTS Australia and everybody at Walkinshaw Andretti United enough for the chance to come out here and check off a bucket list race."