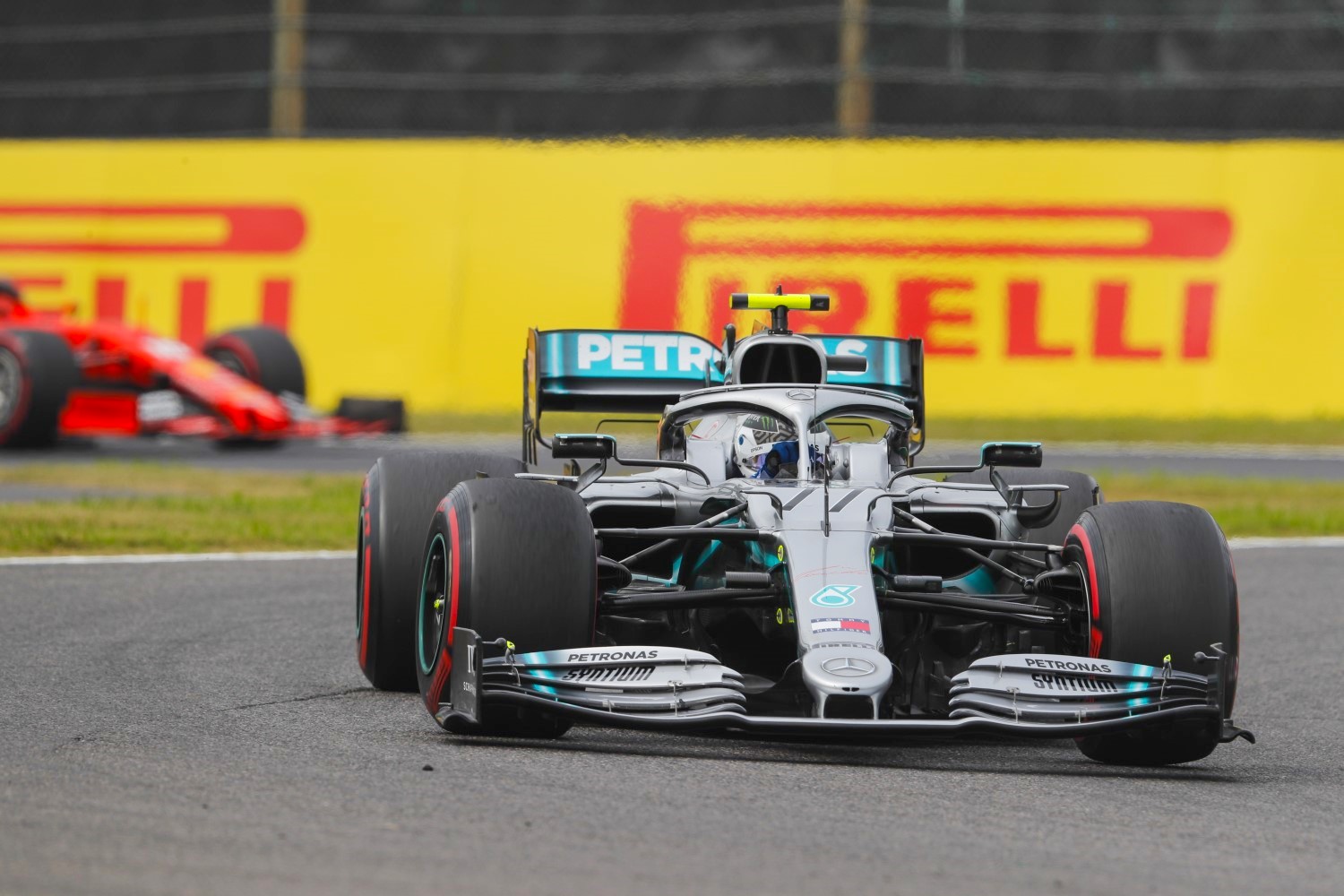 (GMM) Valtteri Bottas has revealed he raced to victory at Suzuka in a monocoque used previously by his teammate Lewis Hamilton.

Although he slammed team strategy "f*ck ups" on Sunday, Hamilton helped Mercedes to win the constructors' title at Suzuka.

He also excluded the Ferrari drivers and Max Verstappen from contention for the drivers' title by finishing third.

But Bottas, who won in Japan and was faster than Hamilton all weekend, is still mathematically in the game with four races to go.

"I had a new chassis for this race," Bottas told the Finnish broadcaster C More.

"Or actually, it was Lewis' old chassis that he has used this year. But from the beginning the car felt better than before."

When asked if it is normal for him to receive Hamilton's old chassis, Bottas answered: "Lewis got a new one, then I got the old one.

"The team sometimes swaps them around, but at least it didn't feel worse," the Finn added.

Hamilton is pessimistic about being able to wrap up his sixth drivers' title next time out in Mexico.

"I think Mexico is our worst circuit of the year. I think it's going to be very hard to beat the Ferraris with those long straights," he said.

"I think we will be battling for a good few more races."