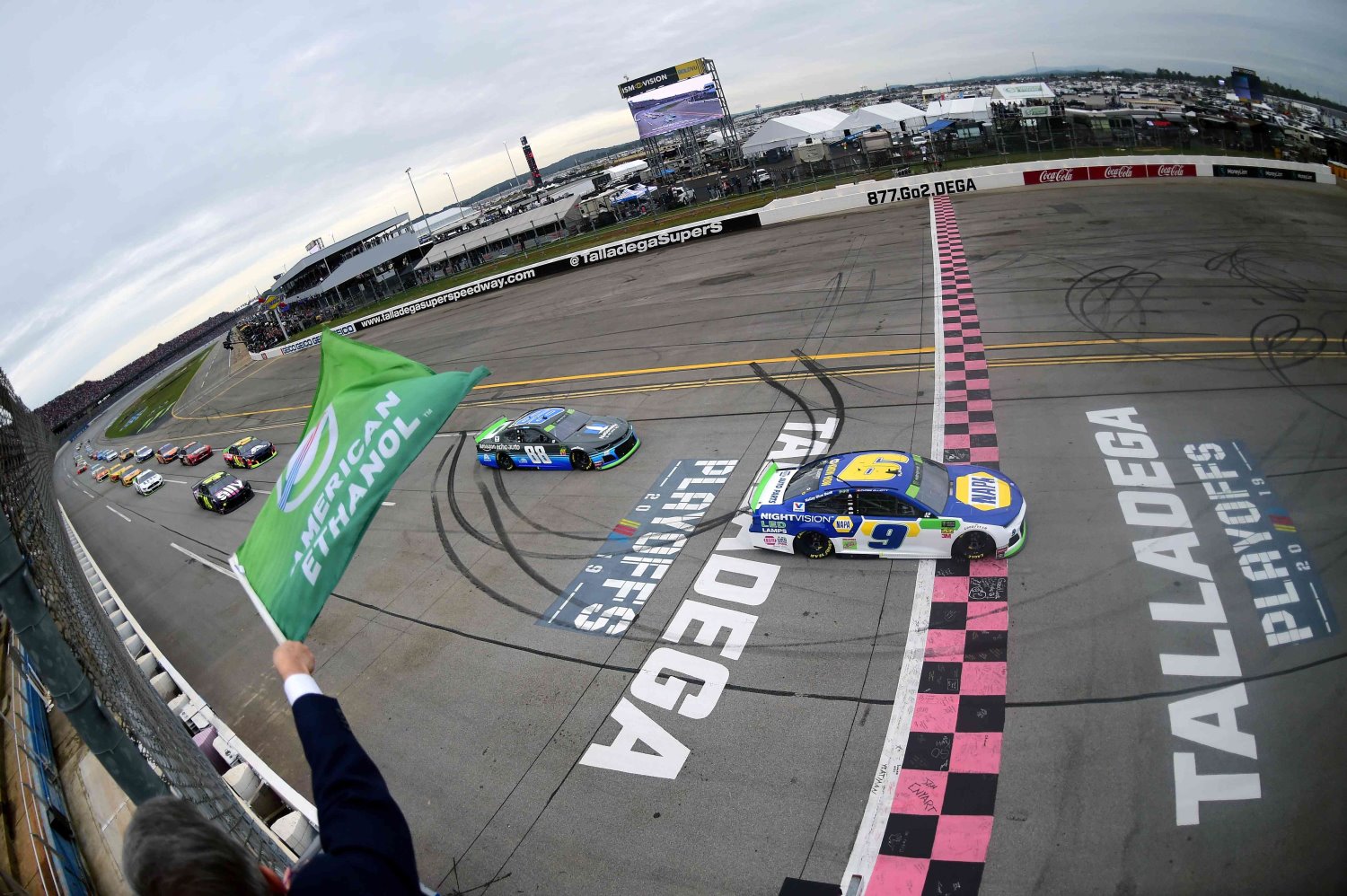 Moments after the completion of the first segment of the race, rain began to fall over the 2.66-mile speedway. After making two laps under caution, NASCAR officials brought the cars to pit road and put the race under the red flag on lap 57.

Dawsonville, Georgia’s Chase Elliott started the day on the pole, and led three laps thus far on the day. When the red flag came out, he was scored in 18th position.

The race is schedule to resume at 2 pm EST Monday afternoon. Brandon Reed reporting for AR1.com