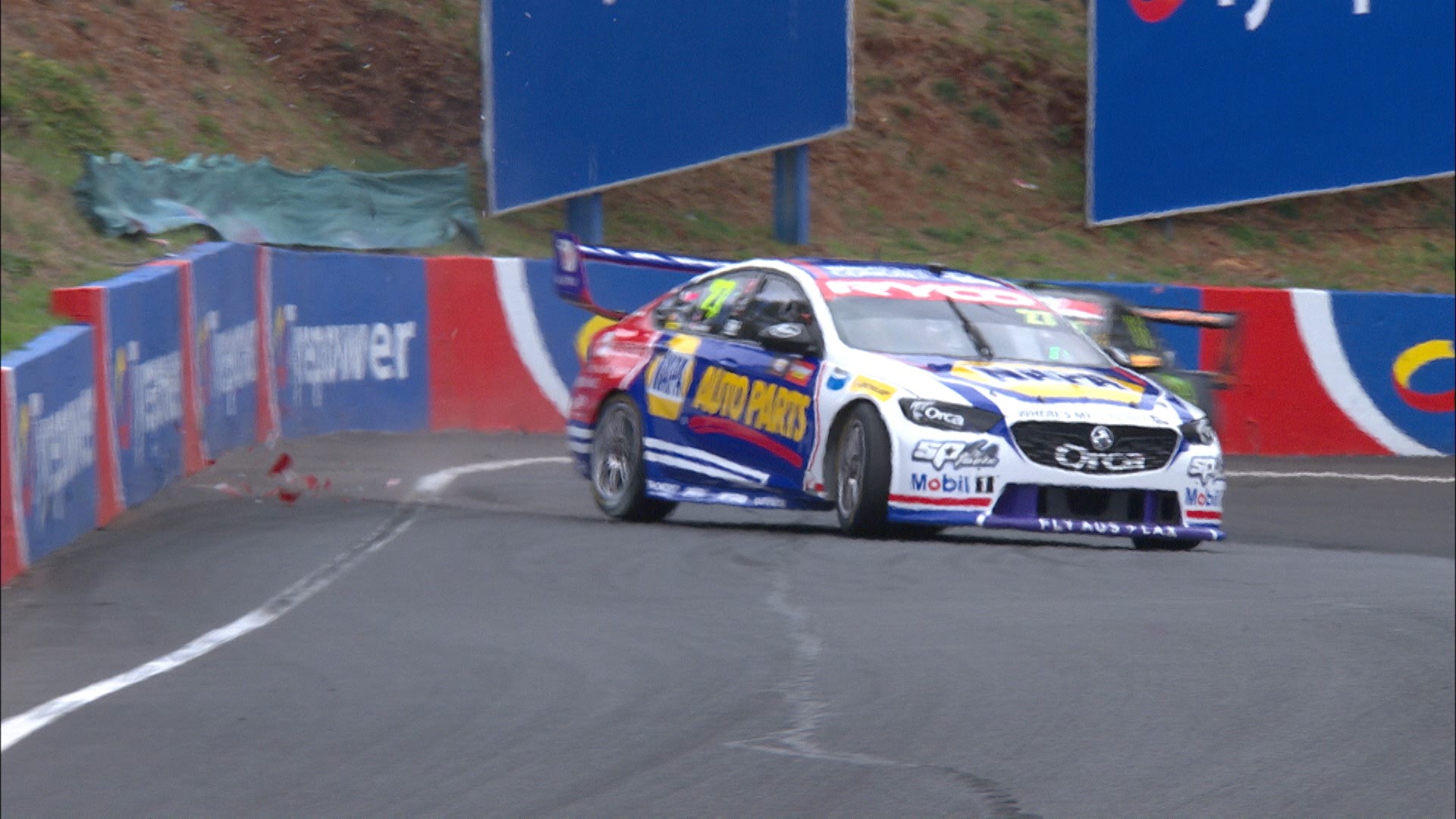 Just when you didn't thinks could get worse for the IndyCar drivers at Bathurst, they just did.

Having stunk up the joint since the start of practice, Practice 6 saw Walkinshaw Andretti United wildcard entry, this time driven by James Hinchcliffe, hit the wall at The Cutting with five minutes remaining but it did not matter, they were going to finish last anyway.

The Canadian IndyCar driver lost the rear of the #27 NAPA ZB Commodore exiting the corner and dragged the right-rear corner along the concrete, damaging the rear wing.

“The fire hose got turned up this morning; that’s all part of it," quipped Hinchcliffe about the ‘drinking from a fire hose’ task for he and Alexander Rossi to learn the car and circuit.

“I got into the wall a little bit at The Cutting trying to find the limit.

“(I was) Just starting to push in places we didn’t really feel comfortable pushing up until this point. (It) Just got away from me and tagged the wall.

“Hate to lose the track time for me and the team, but I think it’s relatively cosmetic stuff, well get it fixed up for this afternoon."

There was a time when IndyCar had great drivers like Mario Andretti, AJ Foyt and Dan Gurney, who could go out of their league and win the biggest races in the world in other series. Today when an IndyCar driver tries NASCAR, Sportscars or Supercars, they usually embarrass themselves. F1 teams won't even give them a look. But heh, they're good at Twitter. The Koala Bears were so cute guys.

Will Davison was fastest in Practice 6 for the Supercheap Auto Bathurst 1000 as teams appeared to refrain from pursuing outright pace.

Davison’s 2:04.7545s in the #23 Milwaukee Mustang, set early in the half-hour session, was the best time, while Shell V-Power Racing Team’s Fabian Coulthard moved to a 2:04.7595s on his second run and remained in second position.

Can the IndyCar drivers make good in the race and surprise us all?