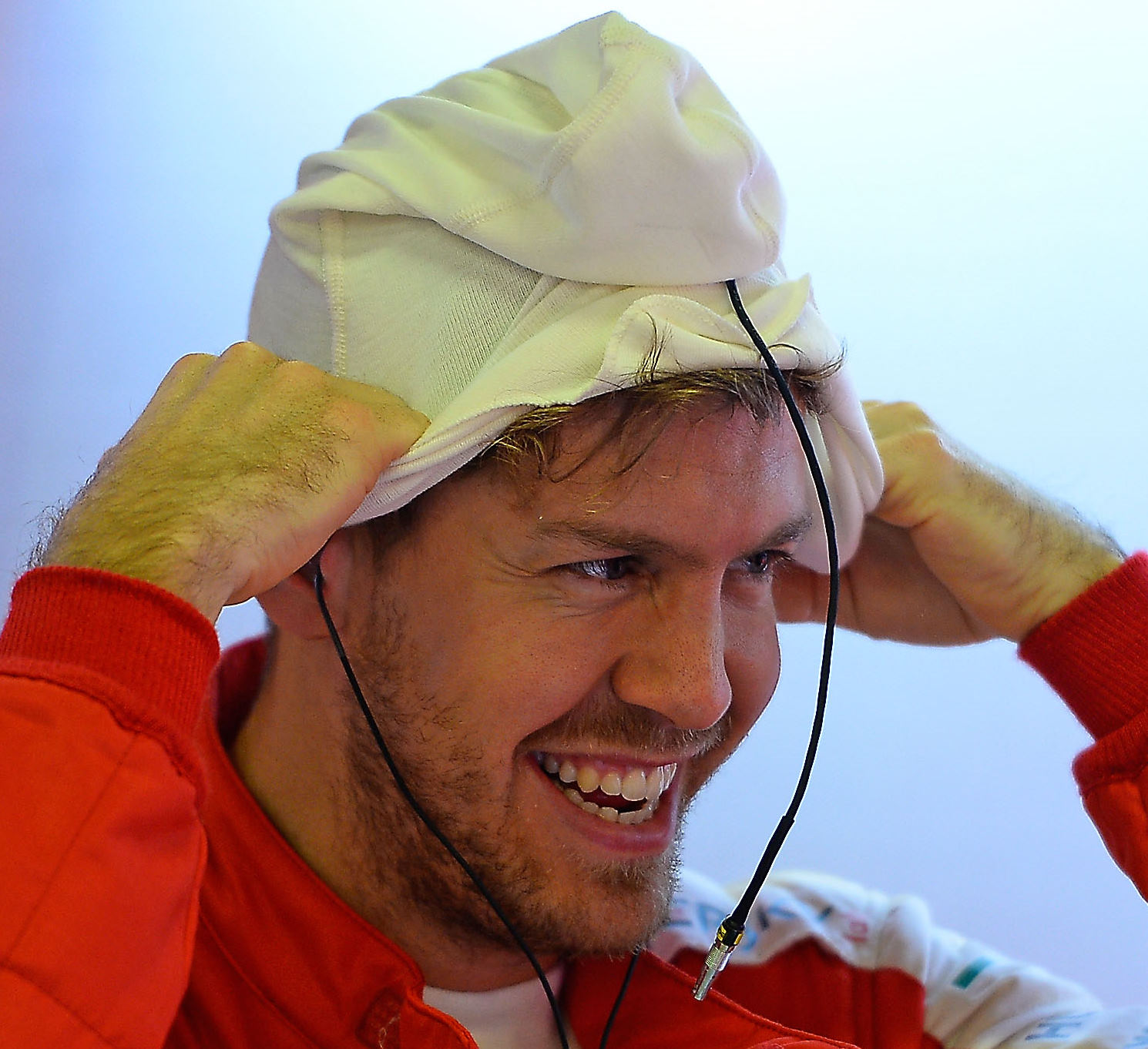 On track, the start of the 2015 Formula One season looked very familiar. As they did throughout most of 2014, the Mercedes AMG Petronas team dominated proceedings in the Australian Grand Prix. Defending World Champion Lewis Hamilton started the race from pole and led teammate Nico Rosberg in another 1-2 Silver Arrows finish. Third-place finisher Sebastian Vettel of Ferrari finished a distant 34 seconds behind Hamilton in what is an encouraging sign for the Scuderia after a trying 2014.

Still, for now, all indications point to another relative drama-free season of Mercedes domination on-track. And similar to the 2014 season, those seeking intriguing and compelling narratives in the high-stakes world of Formula One will have to find them off the track.

That's certainly where all the drama was in Melbourne. And let the record show, if Formula One's trip Down Under was any indication, there will be no shortage of drama, off the track at least, in 2015.

I don't want to say I told you so…

But I kind of told you so.

Melbourne 2015 will undoubtedly be remembered for the bizarre courtroom drama between Giedo van der Garde and Sauber. Van der Garde, of course, won a ruling during the offseason in Switzerland claiming he had a valid contract to race for Sauber in 2015. Sauber, who contracted Marcus Ericsson and Felipe Nasr as well, placed the names of Ericsson and Nasr on the entry list before departing for Melbourne. Van der Garde pursued the case to Australia where he sought to get a Melbourne court to enforce the Swiss tribunal decision. Van der Garde was successful, as the Australian court upheld the Swiss ruling and ordered Sauber to abide by the contract with the Dutchman.

The drama perhaps reached its climax Friday starting with Van der Garde's paddock credentials being initially denied. Once inside the paddock, the Dutchman made his way to the Sauber garage before, in what can only be described as a surreal scene, emerging with Sauber overalls.

Would Sauber actually put him in the car for practice? Would he be able to obtain a super-license from the FIA in time? If so, which of Sauber's two very well-financed drivers would make way? How soon, until the driver that made way would be taking Sauber to court? And would Van der Garde even want to dare climb into the Sauber car after the messy drama, were amongst the questions being bandied about.

As it turned out, no Sauber driver took to the track in free practice 1. Nasr and Ericsson ran in free practice 2, as a special Saturday morning court hearing was scheduled in which a summons was sought by the Van der Garde camp asking that Sauber Team Principal Monisha Kaltenborn be held in contempt of court and put in prison, and Sauber's assets would be held in Australia.

Friday evening, rumors began to circulate the Dutchman and Sauber were discussing a settlement of some kind. Then, news broke Saturday morning that Van der Garde would drop the summons, and not seek to race in Melbourne. The team would delay the matter until this coming week, and attempt to reach a settlement.

Van der Garde had at the eleventh hour, called off the dogs – mostly. (Here is Van der Garde's statement after dropping legal proceedings in Australia)

Brilliantly playing his cards, van der Garde put Sauber in touch with its own mortality, by showing them he could go for jugular, and still might. Yet, Van der Garde wants to drive a race car at some point this year. And he can only do that if Sauber is in business.

No, he didn't race in Melbourne. But let's be very clear: Van der Garde unquestionably made his point. He exposed Sauber, who seemed to have no plausible defense other than the flimsy safety argument, and their contractual dealings as suspect and underhanded. In taking the case to the near brink, he presented the reality of Sauber's Team Principal going to the slammer and team's assets being seized.

Further, from a public relations standpoint, Van der Garde won the day, as Sauber seemed unprepared for his every move. Nor was Sauber helped when former driver Nico Hulkenberg of Force-India noted he wasn't surprised by the whole saga.

While Van der Garde dropped the summons, he still holds great leverage. There is nothing to stop him from reopening legal proceedings in every nation F1 races unless a settlement of some kind is reached.

My guess is we're going to see Giedo van der Garde racing at some point for Sauber this coming season. Who gives way, and what exactly the terms are remain to be seen. Perhaps, all the parties involved (Sauber, Van der Garde, Ericcson, Nasr and their various partners) get together and work out some sort of three drivers rotating between the two cars scheme. Who knows!

Yes, Sauber took something positive away from the week with Nasr finishing fifth, Ericsson 8th. Still, I sincerely doubt Sauber, the teams of backers supporting Ericsson and Nasr want to a repeat of the week they just had. And unless they want to find themselves staring down Giedo van der Garde's legal team in court rooms across the globe, it seems the only way to do that is to by letting the man drive a race car.

Speaking of the mud

If you looked at the lap times this weekend you might have thought the McLaren-Honda was stuck in mud. Jenson Button would finish Q1 nearly three seconds behind Hamilton, 11th of 11 cars running in the race. Of course, Button was the lucky one.

Kevin Magnussen filling in for Fernando Alonso blew an engine of the parade lap, the low point of what was an embarrassing weekend for the storied team.

No, Honda wasn't going to return to F1 in this era of new complex engines, and remind anyone the Senna/Prost McLaren-Honda era right out of the box. Yes, a return to top form for both proud team and manufacturer was going to be an uphill battle.

But in a sport where even a half-second is deemed to be a lifetime, and given the strict regulations on improving engines, three seconds is not being made up anytime soon. And one has to wonder just how long that return to form will be.

In the continued absence of a clear answer as to what exactly caused Fernando Alonso's testing crash last month in Barcelona, McLaren's performance in Australia probably means speculation surrounding the bizarre saga will continue.

If that is the case, and after the woeful performance of the team in Melbourne I'm wondering if those “concussion-like symptoms" from the concussion that depending on which report you read, did or didn't happen, might linger a little longer than originally expected.

Last fall, after Caterham and Marussia went into administration I wrote an article outlining the economic crisis in Formula One. My essential argument was that the source of the problem was not many of the commonly articulated narratives such as unequal distributions or big teams exploiting small teams. Rather, the fundamental root of the problem is the teams disagree amongst themselves as to what they are seeking in Formula One. Because the teams have fundamentally different goals, they have fundamentally business models. In particular, some of the teams such as Mercedes, Red Bull, Ferrari and to a lesser extent Williams and McLaren are auxiliaries of larger corporations. While teams such as Sauber and Force-India are owned by extraordinarily wealthy and successful individuals, they have fundamentally different goals than conglomerations.

Yes, there is the occasional lunar-eclipse deal such as Brawn Grand Prix. Yes, you also have examples of a Frank Williams, who started as a mechanic and built his empire slowly.

[adinserter name="GOOGLE AD"]However, more often than not, in this game of conglomerations v. really rich guys, really rich guys lose. Worse, as we see in the cases of Richard Branson and Tony Fernandes, who own airlines, their teams go out of business.

To be clear, do not mistake the above for me campaigning for the little guy. I am merely saying if F1 has any interest in solving the economic issues hamstringing teams such as Sauber, Manor, and Force-India (that's a whole other question), a good place to start would be the fundamental issue of what they want the sport to be: a competition between teams or conglomerations.