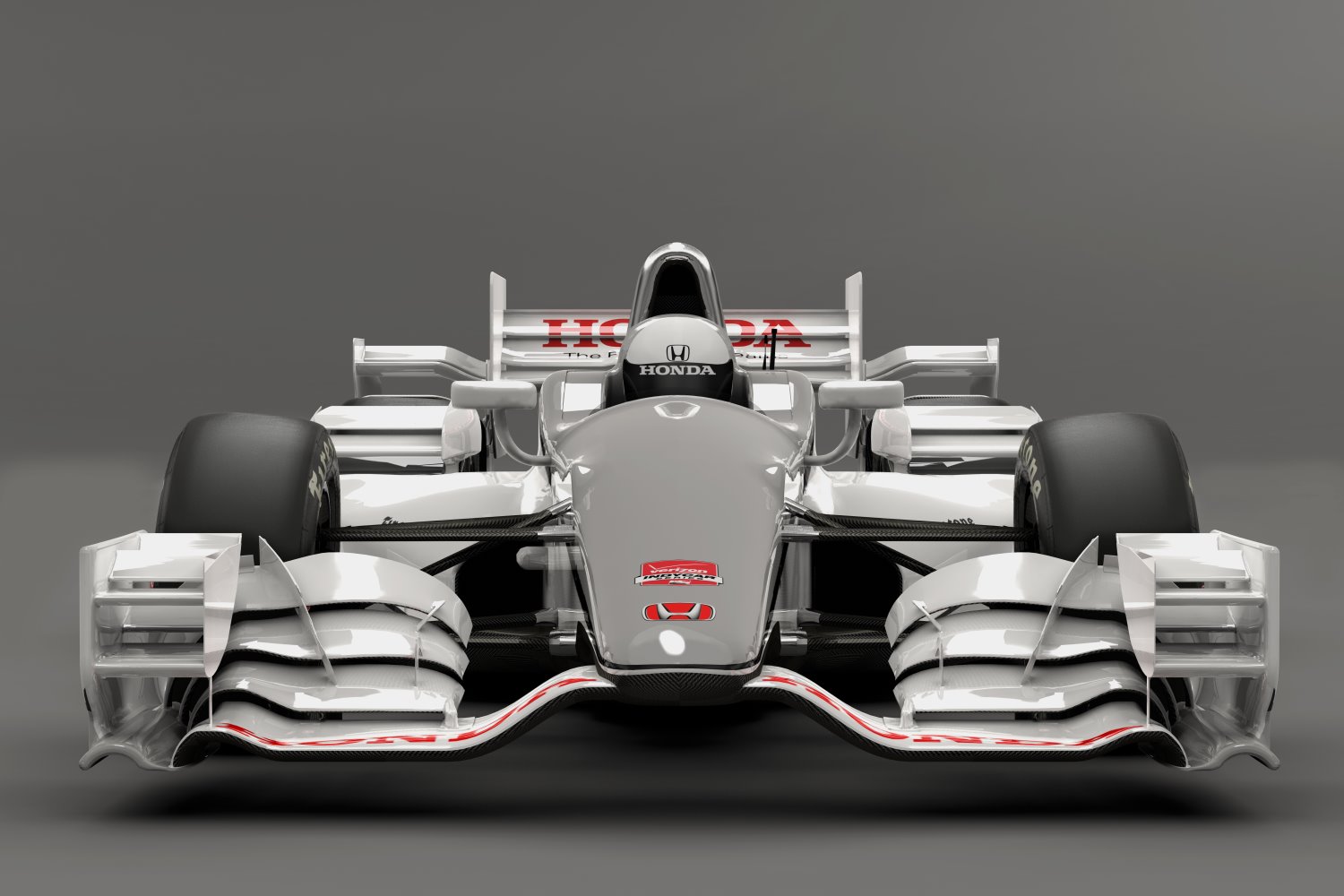 The much-anticipated unveiling of the Honda aero kit took place Monday evening at a reception attended by principals from Honda Performance Development, American Honda and INDYCAR. Defending Indianapolis 500 winner Ryan Hunter-Reay, who drove for a bulk of the on-track development, joined Honda executives in showcasing the base road/street course and short oval aero kit.

Steve Eriksen, vice president and COO of Honda Performance Development, said the introduction of aero kits to the Verizon IndyCar Series will usher in a new era in racing.
"It's been an interesting journey to get here and we're really pleased with the results we've been able to achieve," Eriksen said. "The Verizon IndyCar Series has such an amazing array of tracks and you really want to fine tune to each of those tracks, and (the aero kits) allow you to do that. Time will tell if we have the best kit out there and we did everything we could have done, and I mean everything."

INDYCAR's aero kit program was initiated to improve on-track performance, including advancements in speed, innovation and safety, in addition to visually differentiating the cars on the racetrack. Regulations were announced in July 2013 by INDYCAR and manufacturer on-track testing commenced in October 2014.

"It's getting back to the roots of INDYCAR where you have development," Eriksen continued. "Now you'll have the visual differences across the cars. It's a huge uphill battle because of several factors; one is you know there is so much performance potential. If you look at the rate of gain of an aero kit versus an engine, it's drastic for the aero kit. That's part of the pressure you feel."

[adinserter name="GOOGLE AD"]Chevrolet introduced its road course/street course and short oval design Feb. 17. The Firestone Grand Prix of St. Petersburg, on March 29, marks the inaugural competition between the manufacturers' body kits. The speedway aero kit components are scheduled to be delivered to teams by April 1.

Team testing opens March 13, and all teams will convene March 16-17 at Barber Motorsports Park for an official INDYCAR test.