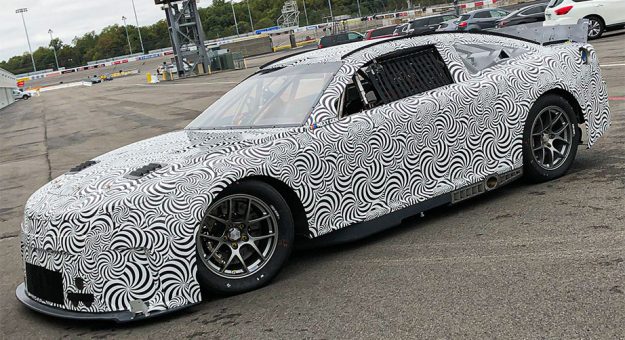 Following more than two years of development from concept to reality, NASCAR’s Next Gen car hit the track for the first time for a two-day test at Richmond Raceway.

The much-anticipated car, which is slated to debut at the 2021 Daytona 500, will honor stock car racing’s roots with bodies that resemble their street versions while incorporating new vehicle technology and innovation.

“This is an important milestone for the Next Gen car and the future of stock car racing," said John Probst, NASCAR Senior Vice President of Innovation and Racing Development. “There are so many new systems on the car from the front to the back that our main goal with this test was to log laps and put miles on them. The test has met – and even exceeded – our expectations, and we are well on our way to developing the final iteration of the car."

Austin Dillon was behind the wheel of the car, which was assembled by Richard Childress Racing in collaboration with NASCAR.

“I really enjoyed driving the car," Dillon said. “I like the way that it looks, you can see the finished product down the road. The OEMs can make the body look really good, like a street car that you see on the road today. When it comes together and they all get their cars on the track, we’re going to have something to work with that also looks really good."

The car is one of two prototypes currently built. The other was assembled by NASCAR and was tested in the wind tunnel for the first time on Oct. 1. That car is scheduled to make its second trip to the wind tunnel later this week. Another on-track test is anticipated before the year concludes.

“We have a very comprehensive test plan," Probst said. “We will be doing extensive wind tunnel testing to ensure liftoff speeds are appropriate before moving to larger tracks. As we move into 2020, we will begin testing on intermediate tracks, superspeedways and road courses."

While many components on the current versions of the car will remain, some major elements – including each OEMs body design – are still in development.

This test has been a blast so far. It’s fun talking about different types of adjustments. The car stops on a dime. Lots to look forward to in the future. #NextGen #NASCAR