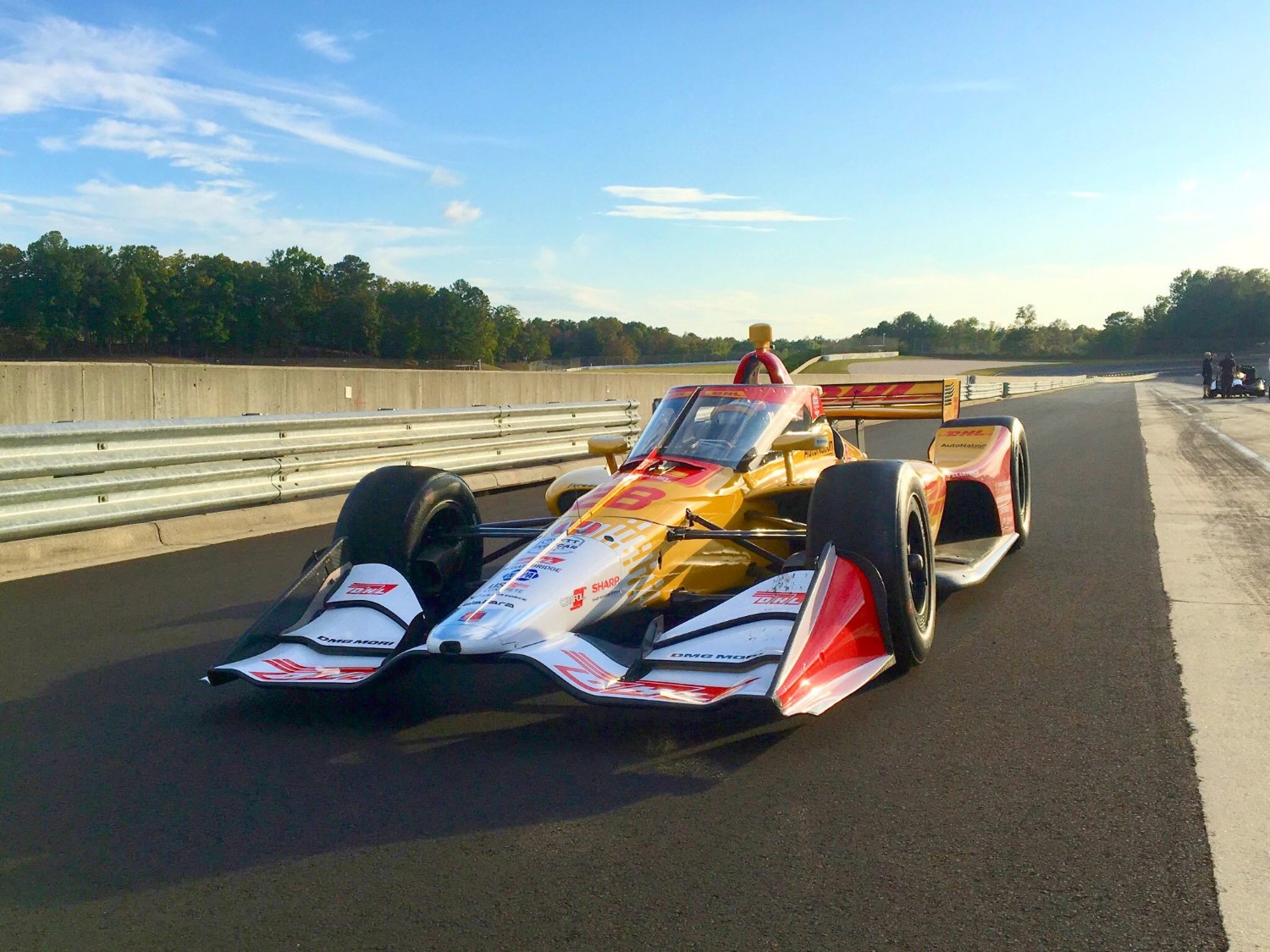 Leave it to IndyCar to declare the test of the new Aeroscreen in the wet at Barber this week a success without conducting a proper test.

Yes, both Ryan Hunter-Reay and Simon Pagenaud declared visibility in the rain acceptable, but both drivers ran by themselves on the track. At no time did they test the Aeroscreen in the wet when following another car. And how will it be behind a pack of cars in real wet race conditions?

It may turn out to be OK, but to declare it ready to race in the rain is definitely premature and negligent on IndyCar's part to not put a caveat on their chest beating statements.

Hunter-Reay also got to experiment using the Aeroscreen in wet conditions as there was varying degrees of moisture during Monday’s Barber test.

“Tear-offs were good," he said. “Just like on your helmet, the more tear-offs you (use) the more warping effect there is; same on the Aeroscreen."

Pagenaud was pleased with what he experienced at Barber.

“IndyCar and Red Bull did a fantastic job, really," he said. “We’re just fine-tuning (it). Mostly, air into the cockpit. The visibility is great. I think the car looks pretty futuristic, which I’m sure the kids will enjoy that.

“It’s an evolution. It’s a great evolution into safety. It’s a new step for IndyCar going forward. As a driver I can’t thank them enough for the effort to try to provide us better safety. We’re all going to have to get used to it, for sure, but all positive today."

“Honestly felt great in the wet!" he said in a tweet. “Visibility might even be better than it would with the helmet alone as water seemed to disperse better on the aero screen!"

Future tests are scheduled at Richmond Raceway on Oct. 15 (drivers will be Dixon and reigning series champion Josef Newgarden of Penske) and at Sebring International Raceway on Nov. 5 (with James Hinchcliffe of Arrow Schmidt Peterson Motorsports and Sebastien Bourdais of Dale Coyne Racing with Vasser-Sullivan).