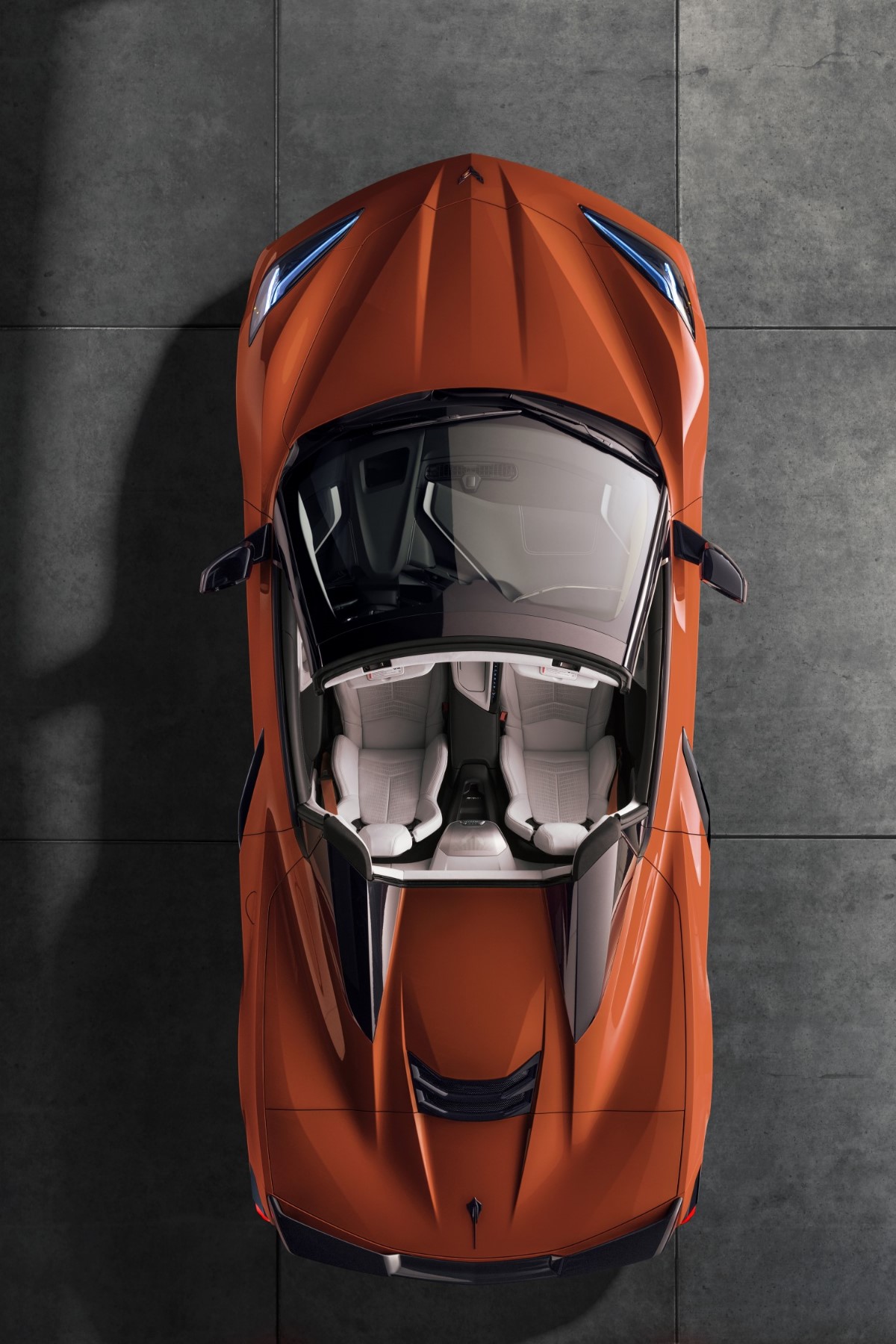 Chevrolet says the 2020 Corvette Stingray Convertible only weighs about 80 lbs more than the coupe.

Prior to the launch of the mid-engined droptop, a reported brochure from Chevrolet indicated it would weigh roughly 120 lbs more than the coupe but speaking with Autoblog at the car’s launch, Corvette lead engineer Tadge Juechter revealed that the car is even slimmer than that. He didn’t have a final figure on hand.

Convertibles of yesteryear traditionally weighed hundreds of pounds more than their coupe counterparts. That’s not really the case anymore in the world of high-end sports cars and supercars, particularly those that use lightweight and strong carbon fiber monocoques that require no additional strengthening when the roof is removed.

However, the Corvette Convertible doesn’t feature a carbon monocoque yet Juechter says it doesn’t require additional strengthening. The added weight comes solely from the roof itself and the lowering mechanism.

Chevrolet says it is prepared for the Corvette Convertible to be sold in roughly the same numbers as the coupe.

Prices for the Chevrolet Corvette Stingray Convertible start at only $7500 more than an equivalent coupe, or from $67,495 which is very reasonable. It’s little wonder then that Chevrolet expects to sell so many. What will also inevitably generate increased interest in the car is the fact that the folding hardtop doesn’t impact on the generous storage space found beyond the engine that can still fit two sets of golf clubs. Carscoops