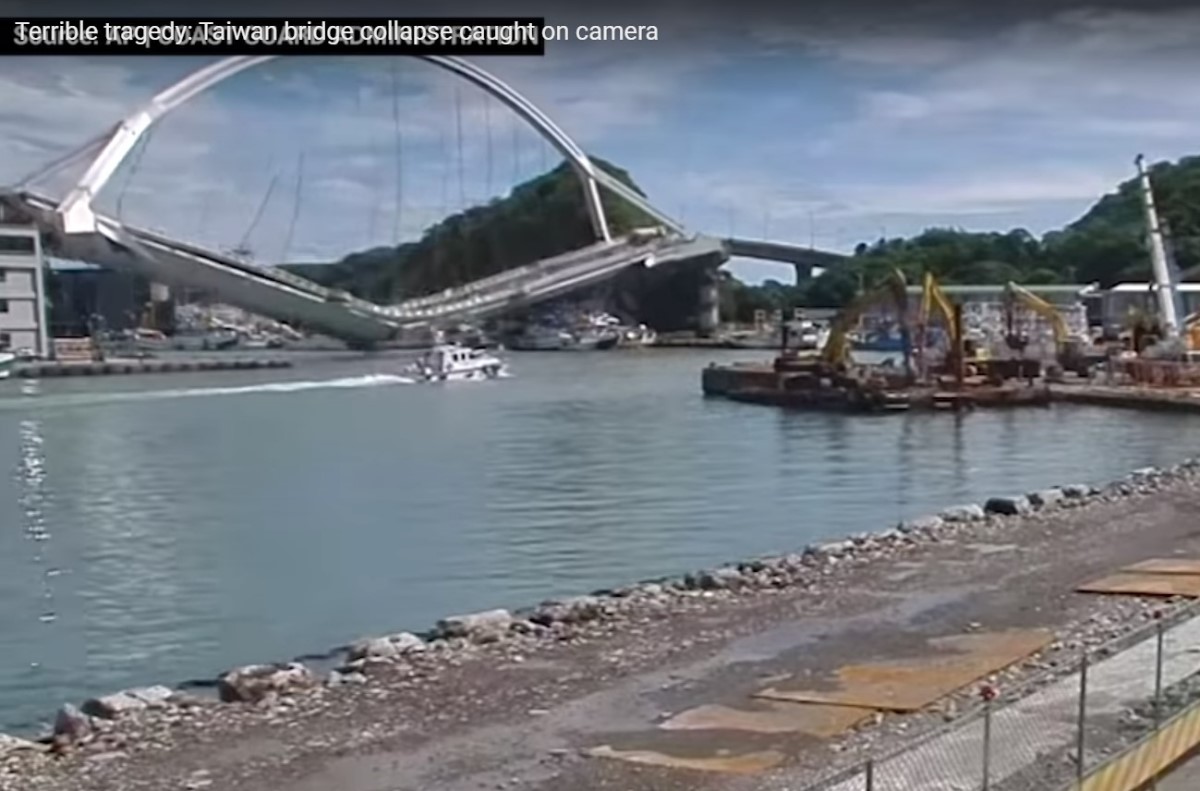 People watched in horror as an arch bridge collapsed into a harbor in Nanfangao, Taiwan on Tuesday.

According to local reports, at least 20 people were injured and three fishing boats were crushed in the shocking accident after an oil tanker truck that was on the bridge dove into the water and onto the vessels, triggering a massive fire.

The disaster was caught on tape by at least two surveillance cameras and the footage brings back memories of last year’s horrific bridge collapse in Genoa, Italy. Fortunately, no deaths have been reported, although six crew members are feared trapped on one of the fishing boats.