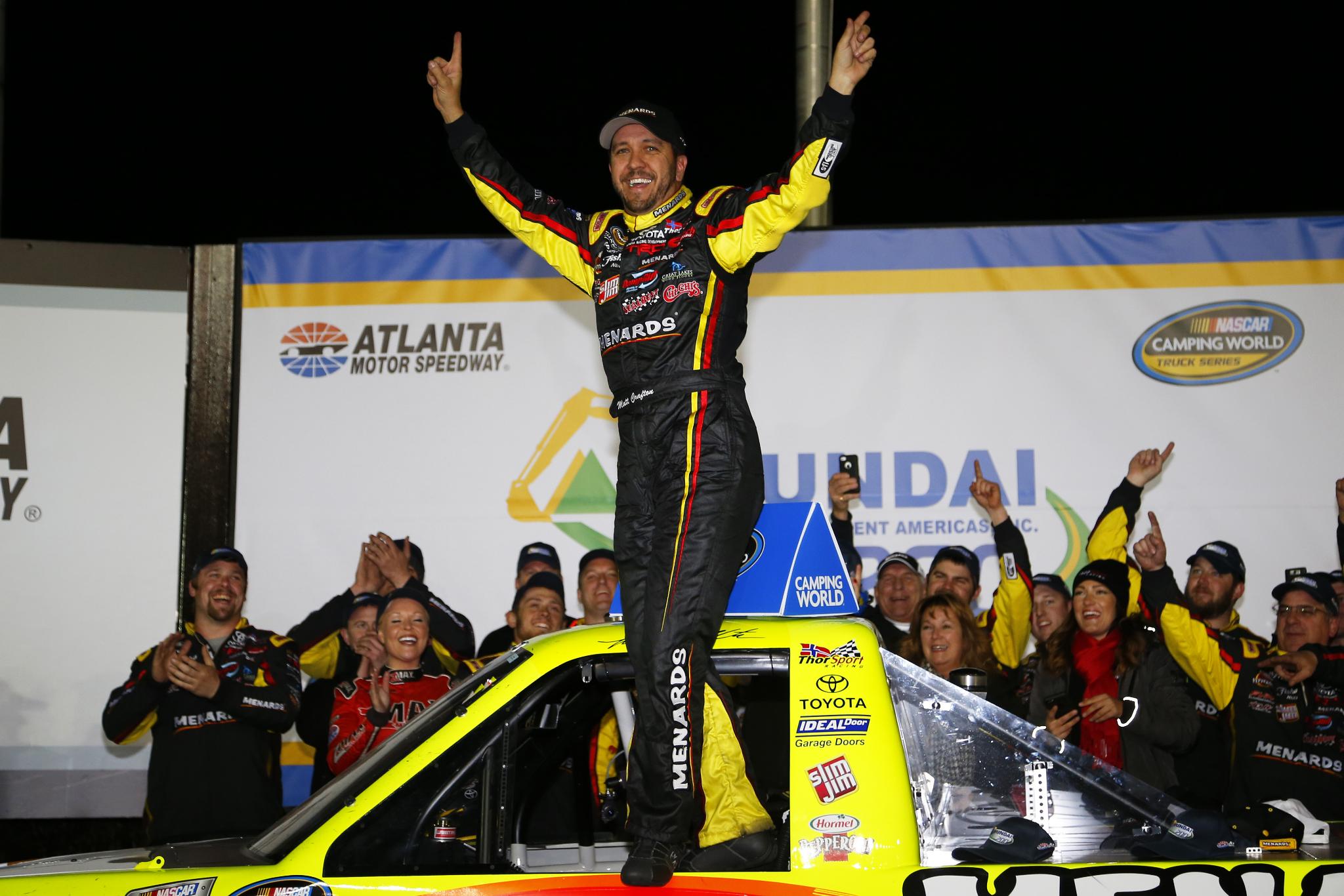 Crafton’s victory was his first Atlanta victory in 14 starts here, his previous best was a third-place finish in this race back in 2007

"It's an awesome feeling to be able to come back here. We've been close a few different times here and finally got it. This is my favorite race track by far. You search and you move around so much – now that I have this win, it's an amazing feeling. It's all about these guys behind me. Everybody believing in me and never giving up."

Crafton started 15th in the no. 88 Toyota and immediately started pushing his way to the front, going three wide on the opening lap to track his way toward the top 10.

Erik Jones picked up the lead from Kennedy on lap two and would lead 37 of the next 43 laps before Crafton tracked him down and made the pass for the lead on the backstretch.

Jones would fight to stay in the top five all night after suffering several pit road miscues that kept knocking him out of the top five, forcing him to fight his way back to the front.

Following a round of yellow flag stops on lap 51, Crafton beat everyone off pit road and restarted on the point followed by Suarez, who managed to pull even with Crafton and briefly held the lead before Crafton powered ahead to regain the top spot.

Suarez would lose second place to Dillon and soon fell to fourth after Kennedy stormed his way back into the top five. Kennedy would get past Suarez in the final laps to take third but found himself nearly five seconds behind Dillon.

Up front, Crafton opened up a full straightaway lead over Dillon and easily cruised to the checkered flag.

Dillon’s runner-up finish was his second top-three finish of the day after posting a third-place finish in Saturday’s Xfinity Series race.

“It was a great day," said Dillon. “Anytime you can come out of a racetrack like Atlanta that’s so tough to drive with two top-three finishes in two of the top three series, it’s awesome. Very happy with the way the day went.

“From the get-go, we were good, we were able to drive up through up through ‘em a bit. I wish we would have had a caution and maybe had a better shot at Crafton, but the Toyota guys are real strong right now."

Kennedy’s third place showing matched his career-best finish in only his first Atlanta start, a welcome rebound following his disappointing 28th-place finish after crashing out of last week’s season-opener at Daytona.

“I really learned a lot this weekend and a lot about Atlanta. I've never been here before and never seen the place," said Kennedy. “It was really cool coming here without any real past experience and being able to learn this race track. It has a lot of character to it and it's a good time running around it.

“This is great, especially after last weekend at Daytona. We got in a couple incidents and to be able to come back and finish third – I couldn't be any happier for everyone at Red Horse Racing."