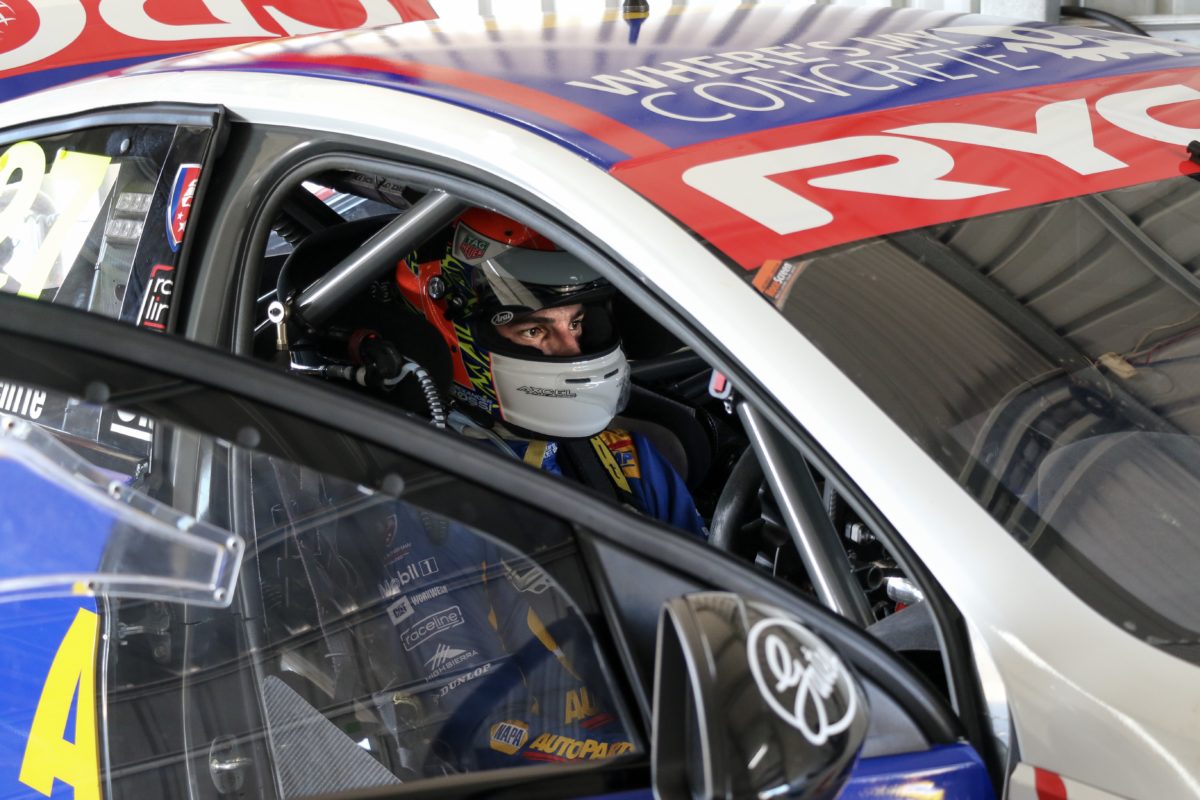 Alexander Rossi told Speedcafe that getting used to a Supercar was easier than he imagined, having completed his first day of testing ahead of a Supercheap Auto Bathurst 1000 wildcard start.

The 2016 Indianapolis 500 winner enjoyed the bulk of the laps in the NAPA-backed Walkinshaw Andretti United ZB Commodore at Winton, with co-driver and fellow IndyCar star James Hinchcliffe set to complete more running Tuesday.

Most of Rossi’s career has been spent in open-wheelers, interspersed with a handful of prototype races, although the WAU Supercar was not as difficult to adapt to as expected.

“It was cool. I think the coolest part is the sound of the car inside the cockpit is pretty awesome, so it’s one of those types of cars that brings a smile to your face," he said.

“It was easier to get used to, I think, than I imagined, because I was preparing myself for the worst.

“But like all race cars, to get to the top times and the top guys, it’s a lot of work that goes into it, and we’re not quite where we need to be yet so fortunately we have another couple days to keep working on it and dial it in.

“For sure there’s some technique things that are very different than what I’m used to, but it’s been a fun learning experience so far."

The Supercar was still quite foreign to seven-time IndyCar race winner, although he found some commonality with the Andretti Autosport Dallara which he normally steers.

“It’s weird though because some things work really well, so you don’t want to completely abandon your process, but then there’s some things that are a big (difference)," explained Rossi.

“I think the biggest thing is that for a car that weighs this much, you have to be a lot more patient with it than what we’re used to.

“Also, the power steering rewards a lot of precision, whereas an IndyCar rewards kind of muscling it around and kind of really whoever tries the hardest is the quickest, so the opposite of that (applies) here, which is a key challenge.

“I think the cars are awesome, a lot more torque than I thought, I think the general balance is pretty good, I think the tires are pretty forgiving, so I think there’s a lot of really positive things and I look forward to getting better."

Hinchcliffe completed approximately 10 laps having only arrived in the country early Monday morning.

The 2016 Indianapolis 500 pole-sitter does, however, have one Virgin Australia Supercars Championship event start to his name having been an international co-driver on the Gold Coast in 2012.

“Obviously very different from an IndyCar, they’ve changed a little bit but not too much, and obviously you try to take whatever little bit of experience you can from seven years ago.

“The team did a great job, obviously with the wildcard entry we’re kind of putting everything together and trying to get Alex and I up to speed and I think it was a productive first day."

While IndyCar mandates rookie orientation before drivers race at Indianapolis Motor Speedway, Rossi and Hinchcliffe are preparing for their Mount Panorama debuts by cutting laps at a vastly different circuit.

Hinchcliffe nevertheless maintains that there is plenty to be learned at Winton Motor Raceway.

“I think the most important thing is just getting some comfort level in the car, get to know the team, get to know the procedures, things like pit stops, you can practice those here," he noted.

“Pit lane’s the same everywhere so that doesn’t change a lot.

“Driver changes are obviously going to be a big thing for us to work on and learn about, and like I said, learning the systems of the car, learning the procedures of the team… I think there’s a lot that can be achieved at a place that is nothing like Bathurst."

Hinchcliffe will have more track time tomorrow as part of a three-day test for the pair.

Good morning from the Sebring of Australia pic.twitter.com/RsLQPMBFBD