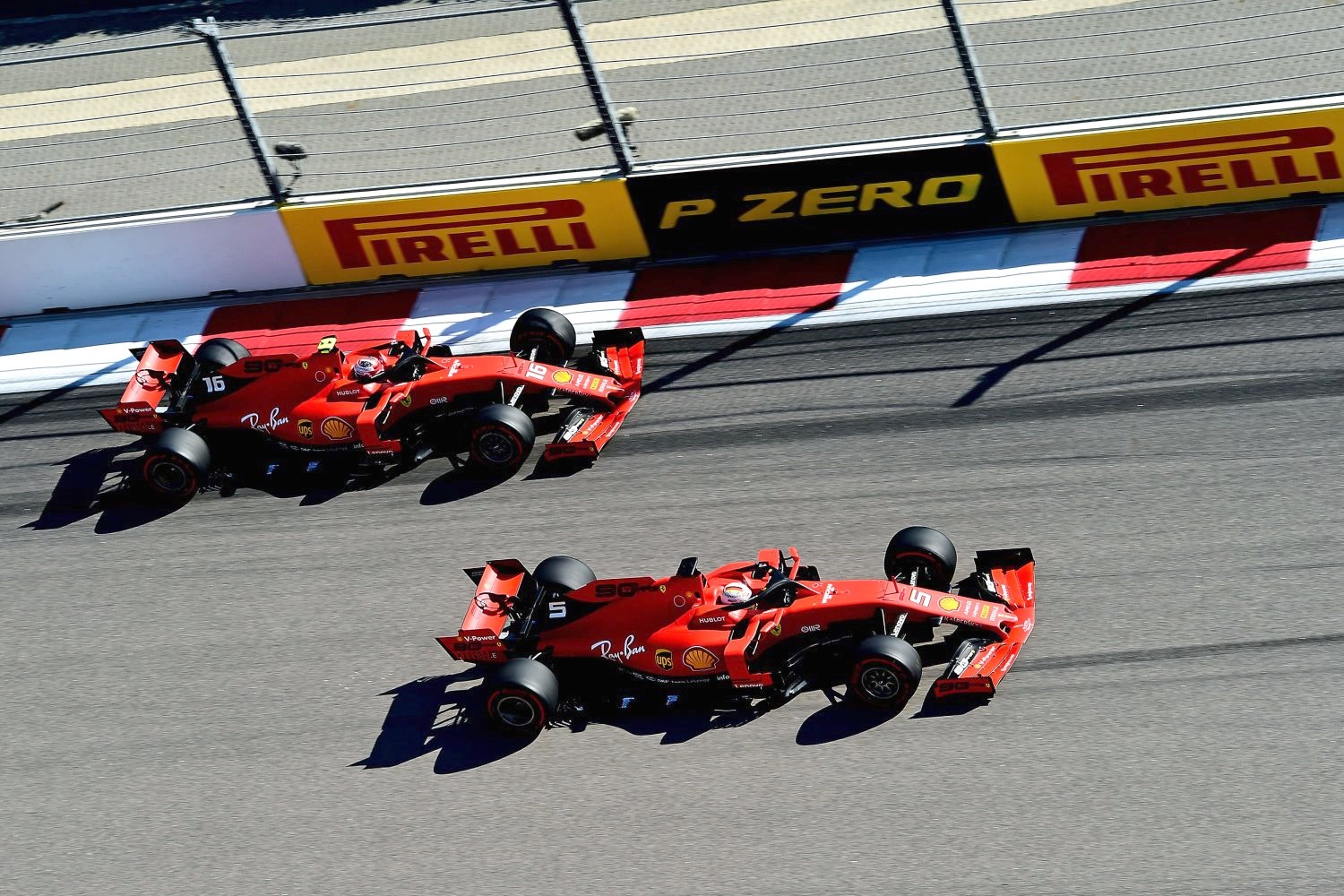 (GMM) Sebastian Vettel has "no future at Ferrari", according to his former boss Dr Helmut Marko.

Despite having arguably the fastest car at present, Ferrari is now embroiled in a new team orders scandal after repeatedly asking Vettel to let Charles Leclerc past him at Sochi.

Leclerc, who started on pole, says he had an "agreement" to let Vettel slipstream him into the lead from third at the start so that Ferrari could lead one-two.

But in an episode that reminded many of Vettel's 'multi-21' debacle of 2013, the German refused to comply.

However, fans later crowned Vettel 'driver of the day', and turned their ire at Ferrari's race-meddling.

"There's no reason for Ferrari to intervene in such a way. You can only hurt your own drivers if you put such orders on them," pundit Christian Danner told RTL.

"Vettel set his car up for the race and was much faster," he told Auto Bild. "Now Ferrari has a serious problem."

Villeneuve also told Sky Italia: "They didn't have to tell Vettel to return the place immediately like that.

"They then spent the rest of the race thinking about how to put Leclerc back in front. Karma punished them in the end.

"Vettel was faster today and deserved to stay ahead."

Red Bull's Marko, who until now has backed his former driver to bounce back into top form, commented: "Ferrari has managed to not win with the fastest car.

"And although he was the fastest man, they sacrificed Sebastian. He has no future at Ferrari anymore."

Mercedes boss Toto Wolff, happy with the unexpected one-two but vowing to improve the 2019 car, said of the episode: "It shows that managing two drivers who are trying to win is not trivial.

"We did it as a team as well and still do occasionally and it's not easy.

"But in such cases, it is necessary to remember the function of the driver in the team and respect their desire to win," he added.