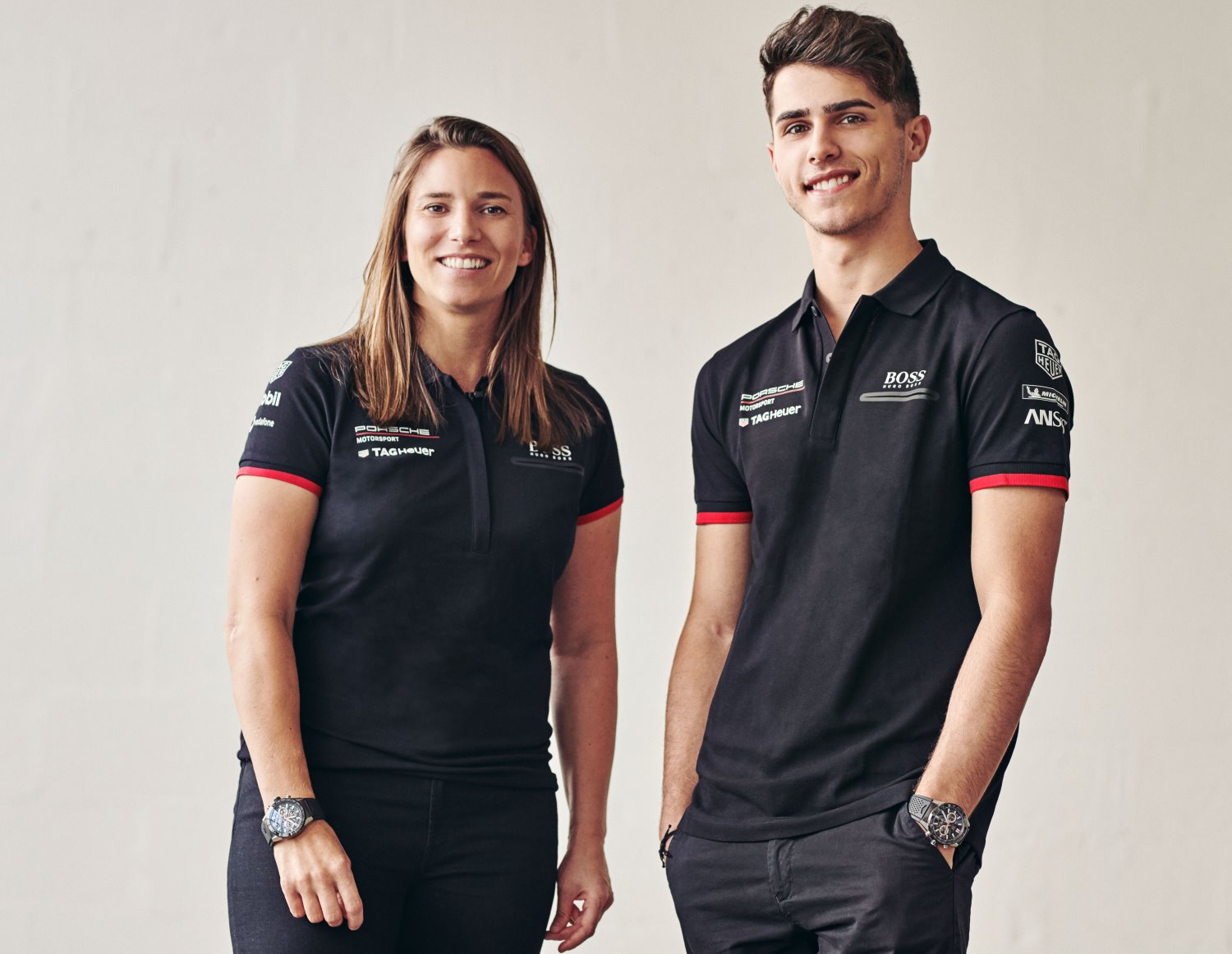 In Simona De Silvestro and Thomas Preining, the TAG Heuer Porsche Formula E Team welcomes two newcomers on board. De Silvestro and Preining will support the works team as test and development drivers in its debut season. They are involved in the simulator work in Weissach and will be on-site at select Formula E races. The two drivers will also be available to the team for in-season testing.

Experience and expertise
De Silvestro is no stranger to the ABB FIA Formula E Championship. The 31-year-old Swiss woman already has experience of the world’s first fully-electric street racing series. She drove in the final two races of the Formula E inaugural season in 2014/15. She was then signed as a regular driver by Andretti for the 2015/16 season. Last season, 2018/19, she supported the Venturi Formula E Team as a test driver.

Even as a youngster, De Silvestro was passionate about motor racing. Since then, she has passed through many different professional motorsport formulas having started her career in karting, before moving to America at the age of 18. De Silvestro finished fourth in Formula BMW USA in 2006. She then raced in the Atlantic Championship and IndyCar Series. In 2010, she was named Rookie of the Year at the Indianapolis 500. In 2013, she finished second to earn a spot on the podium in Houston. She then had a brief foray into Formula 1 as an affiliated driver with the Sauber F1 Team in 2014. The Swiss woman has spent the last three years competing in the Australian Supercars Championship. De Silvestro is the first female Porsche works driver.

Youngster from Porsche’s own talent factory
Thomas Preining has been a permanent fixture in the Porsche squad since 2017. However, in joining the TAG Heuer Porsche Formula E Team, the 21-year-old Porsche Young Professional is entering new territory, having previously driven in various GT classes.

Despite still being at the start of his career, Preining can look back on numerous successes. After starting out in karting, he raced up in the ADAC Formula 4 Championship, before switching to the Porsche Carrera Cup Deutschland as a Porsche Junior in 2017. The Austrian caught the attention of the motorsport community in the same year, finishing second in the rookie standings. The youngster then dominated the 2018 season, winning ten races on his way to the title. Preining also impressed in the Porsche Mobil 1 Supercup. He finished third in the Drivers’ Championship and, together with champion Michael Ammermuller, secured the Team title for Lechner Racing. In 2019, now a Porsche Young Professional, Preining is driving for Porsche customer team Gulf Racing in the FIA WEC (GTE-AM class) and also competes in the ADAC GT Masters with Herbert Motorsport. He and his team-mates finished fourth in the 6 Hours of Fuji, the 1000 Miles of Sebring, and the 24 Hours of Le Mans.

Fritz Enzinger (Vice President Porsche Motorsport and Group Motorsport Volkswagen AG): “In Simona and Thomas, we have acquired two proven talents for the TAG Heuer Porsche Formula E Team. Simona comes with a wealth of experience gained in various different race series and is also a familiar face in Formula E. We are looking forward to working with her and welcome her to the Porsche family. Thomas has been with us since 2017, during which time he has demonstrated his talent in GT racing on numerous occasions. With the Formula E program, we are giving Simona and Thomas the opportunity to develop as drivers and to make a positive contribution to the Porsche Formula E project."

Carlo Wiggers (Director Team Management & Business Relations Porsche Motorsport): “We are delighted to have secured the services of two outstanding racing drivers for the Porsche Formula E program, in Simona and Thomas. As well as their sporting attributes, they are also both very well suited to our team. Simona and Thomas are excellent team players, who are very keen to help move the team forward. That is one of the keys to success in Formula E. Their experience and tireless dedication, both on and off the track, complete their profiles. With these two additional drivers, our overall package is really taking shape. This gives us confidence for our first season in Formula E."

Simona De Silvestro (Porsche works driver): “It is a great honor to work for this prestigious brand. I am really looking forward to my new role as test and development driver for the TAG Heuer Porsche Formula E Team. Over the last few years, I have gained a lot of experience from my previous involvements in Formula E. I will do my best to help Porsche on the road to success."

Thomas Preining (Porsche Young Professional): “I am very much looking forward to my new role in the TAG Heuer Porsche Formula E Team. I have followed Formula E closely from the word go. I am very excited to see what it feels like to drive the Porsche 99X Electric on the track. It is great to be able to support Porsche in its debut season in Formula E, and to be a part of this future-oriented project from the outset."