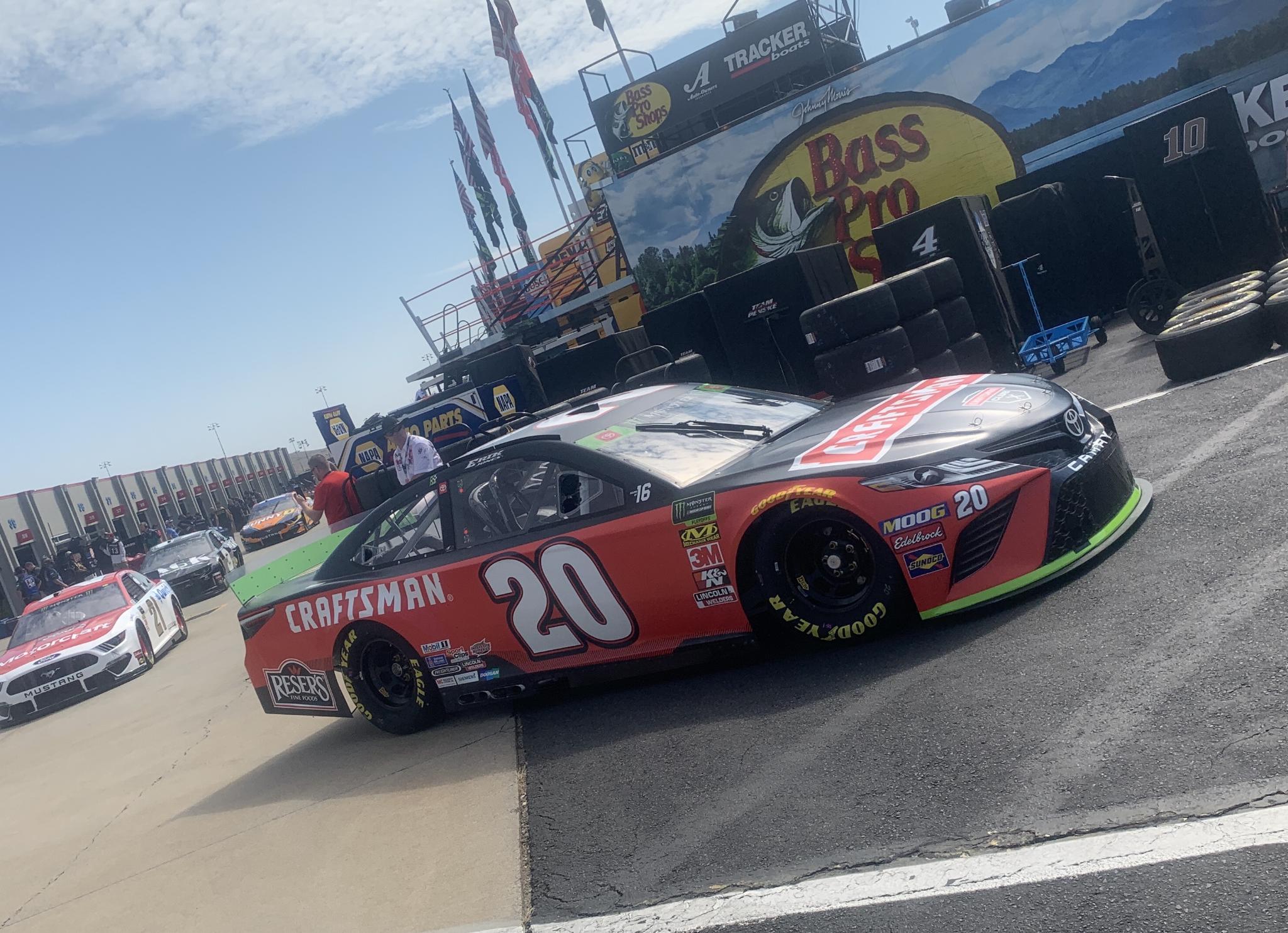 Fresh off his triumphant in the Southern 500 at Darlington Raceway earlier this month, Erik Jones’ luck swung the other way this week as he found himself as the first playoff driver to be eliminated from the Round of 16 following his last-place finish in the Bank of America ROVAL 400 at Charlotte Motor Speedway.

Jones got tangled up in a crash on lap 24 that punctured the radiator in his No. 20 Toyota Camry, sending him to the garage and ending his playoff hopes after one round for the second straight year.

Jones was already on the brink of elimination coming into Sunday race after a 36th-place finish at Las Vegas and a disqualification last weekend at Richmond that put him 45 points behind the cutoff line.

The points deficit meant that nothing less than a win would be needed to secure a spot in the second round. Instead, he ended the day dead last.

"It's unfortunate," said Jones. "We just had three really bad weeks and it's some of our own doing and some not our own doing, but it's racing. We've got really fast cars. I know we can probably go out and win some more races this year, which is I guess a consolation prize. I thought we could've went pretty deep this year, but it's just the nature of the Playoffs.

"It's frustrating. It's frustrating not just to even have a chance throughout the whole race, you know? We didn't make it to the first stage and it wasn't our fault. That's probably the most frustrating part is getting taken out and nothing you can do about it. We'll have to keep going all year, win some more races and come back and start over again in next year's Playoffs."

Newman was in the best position of the four after scoring a fifth-place finish at Richmond that moved him up to ninth in points – just 12 point above the cutoff.

After getting caught up in two crashes late in the race, Newman found himself fighting Alex Bowman and Aric Almirola for the last playoff spot, needing to finish ahead of Bowman to advance.

However with one lap to go, Newman missed the backstretch chicane and failed to stop to serve his penalty and was issued a 30-second penalty at the end of the race, knocking him to 24th-place and out of the playoffs.

"I felt like I made a lot of mistakes trying too hard", said Newman after the race. "We did not have the race car and that's what I had to do. I felt like we were in a position at one point and then just kept trying too hard trying to keep the 10 car (Almirola) behind us and missed the curbs.

"We came in at a big deficiency and finished one point out or whatever it was, but, no matter what, we're still gonna fight for fifth. I'm proud of everybody at Roush Fenway for the fight and the opportunity that they've given me. We're not done, we're just out at this point."

Almirola finished 14th but was not enough to beat out Bowman, who finished five points ahead to secure the last spot in the next round.

"I think they said we missed by five points, so the strategy we were on if the race would have continued to go green to the end we were gonna be in a good situation," said Almirola. "I'm disappointed. It didn't work out the way that I wanted it to, but I'm still really blessed and fortunate to have this opportunity."