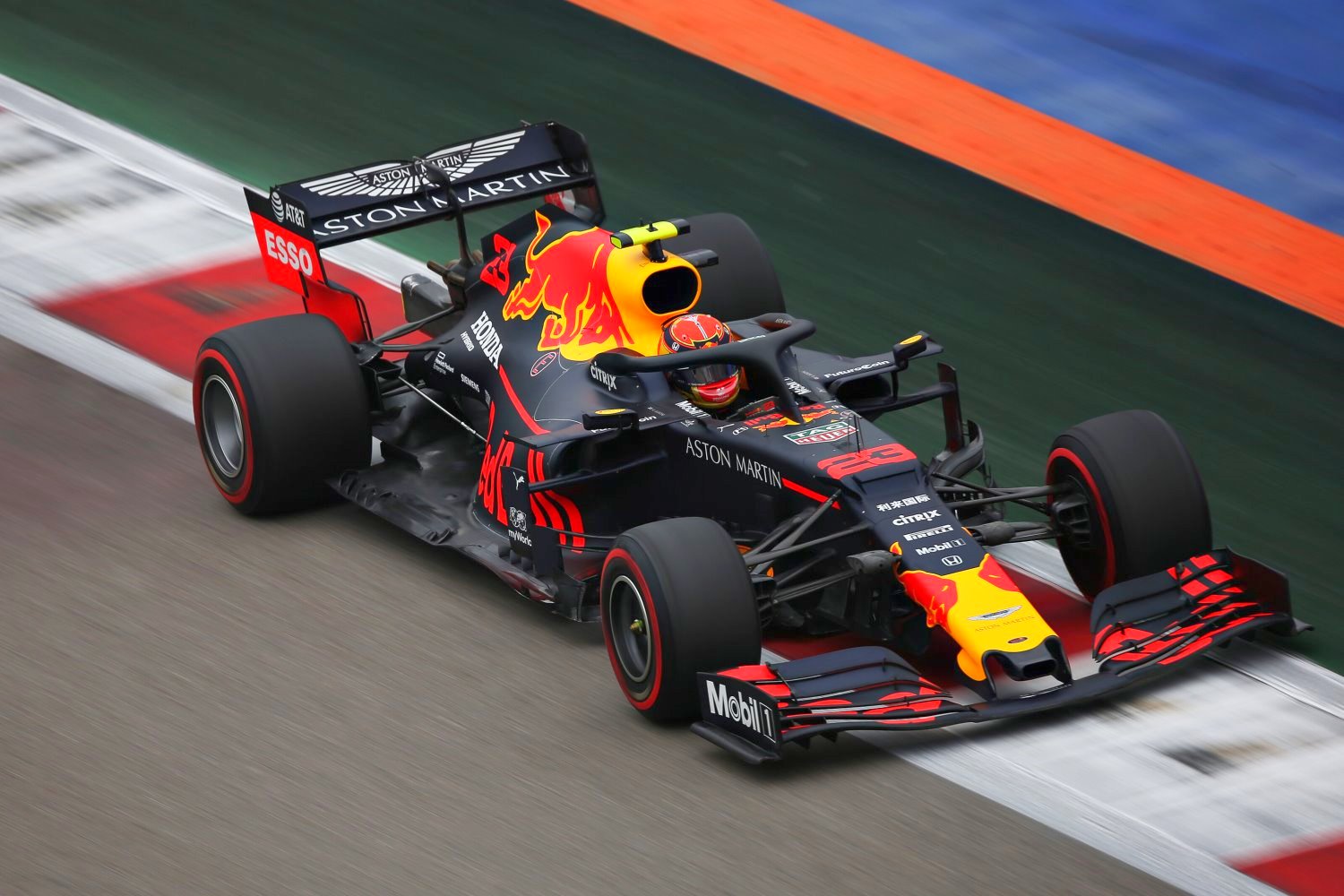 (GMM) Alex Albon has denied feeling the pressure to be competitive at Red Bull.

Having taken over from struggling Pierre Gasly after the summer break, the British-born Thai driver has had a particularly bad weekend at Sochi.

He crashed in qualifying and has admitted that he is not comfortable with the handling of the Red Bull car.

When asked if Max Verstappen is uniquely able to be competitive in the 2019 car, Albon answered: "That's not for me to say at the moment.

"I can only talk about myself.

"I'm just trying to understand the behavior of the car better. Max has a different approach but it's just taking some time for me to adapt to it."

When asked after crashing in qualifying if he is feeling the unique pressure as a Red Bull driver, Albon answered: "No, I would not say that.

"For me, this is nothing more than an opportunity. It obviously doesn't help when I make mistakes, but most of all I'm just upset that I crashed the car."

Gasly, who at the same time is rebuilding his confidence back at Toro Rosso, commented that the atmosphere at Red Bull is difficult to adjust to.

"At Red Bull, you have to do it their way. It's the team's mentality and I accept it. It's up to the driver to adapt to the culture of the team, but it was completely different to what I knew before," he told RMC Sport.

"But it's an old story and I don't want to look back. I can't change it.

"What happens with Toro Rosso in the coming months is something I can change," the Frenchman added.

Gasly is still in contention to return to Red Bull for 2020, but he said staying at Toro Rosso would not be the end of the world either.

"Toro Rosso is fighting for less exciting places, but at least I know that I have every chance to fight with this car."