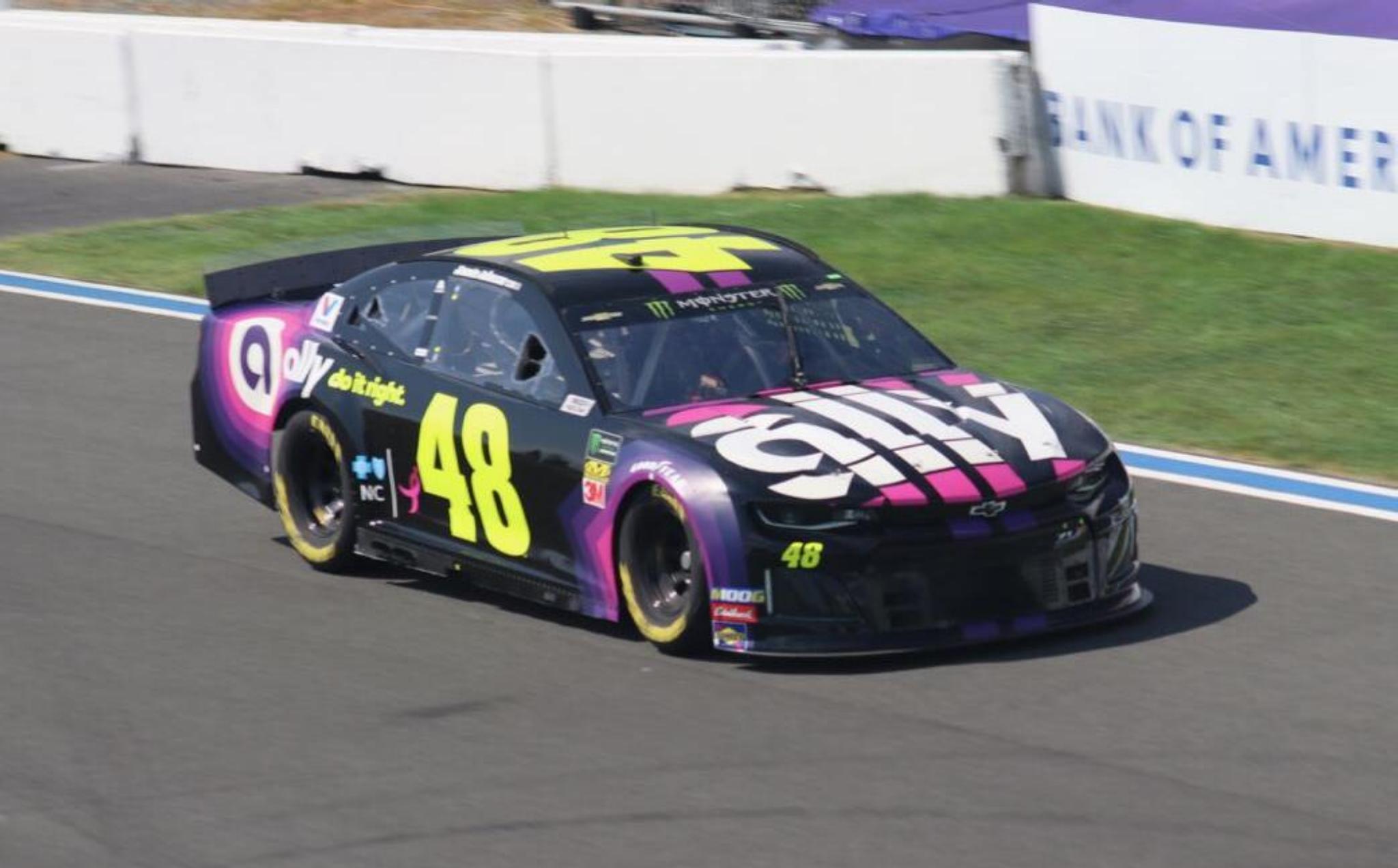 Johnson turned a lap of 103.152 mph in the No. 48 Chevrolet to top the leaderboard, beating out Kyle Larson in the final minute of practice. Larson recorded the second-fastest lap of 103.088 mph, with William Byron placing third at 102.453 mph to give Chevrolet the top three positions. Toyota drivers Clint Bowyer (102.409) and Matt DiBenedetto (102.401) rounded out the top five in practice.

Friday’s practice marked the first on-track action for the Cup Series since the speedway re-configured the backstretch chicane – making the chicane sharper and more difficult to for drivers to cut through. Drivers Kyle Busch and Joe Nemechek were among the drivers who had difficulty navigating the new chicane, which features raised curbing called “turtles" along the outside of the turn.

Denny Hamlin and Park Kligerman both smacked the wall during Friday’s session, forcing both drivers to backup cars for Sunday’s race. Darrell Wallace, Jr. also spun but only suffered minimal damage to his No. 43 Chevy.